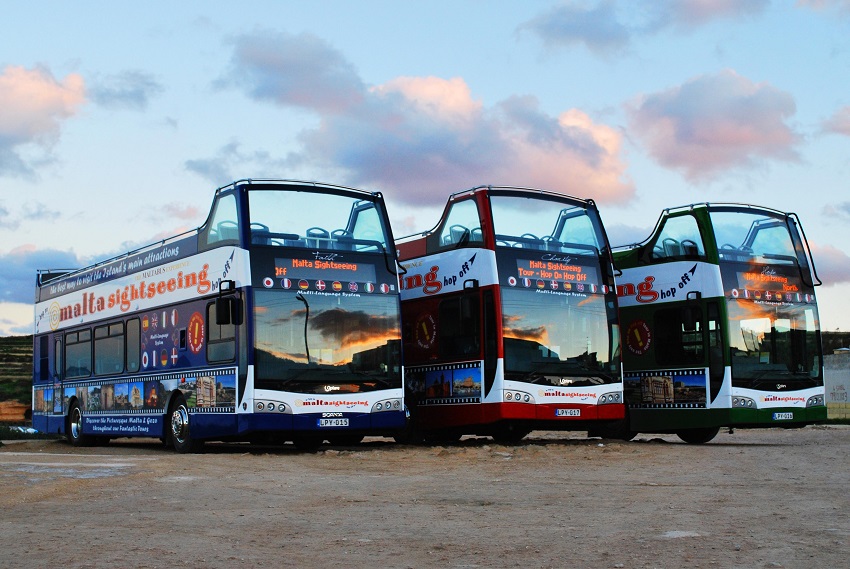 The tourist sector has been closed for months, but the companies that provide tourists with the unique experiences they travel to Malta for are doing their best to avoid following suit.

However, a mixture of bureaucratic intransigence, a divide between policy offerings and commercial realities, and the unexpected consequences to economic aid may leave some of the island’s most beloved companies doing precisely that.

The well-known hop-on/hop-off buses that travel Malta and Gozo’s roads as they showcase the islands’ beauty to visitors are at risk of closing down due to the Malta Tourism Authority’s (MTA) insistence that they pay the licence fee for operating the route despite their not having made a cent in over six months.

Nazareno Abela, owner of Supreme Travel, speaking on behalf of four companies, including his own as well as City Sightseeing, explains that these fees cost some €37,000 for each route.

The question is, he says, with what money?

“We’re saying that we can’t work. There’s no work, since there’s no people. So how can we pay it?”

He acknowledges that the MTA allowed for an extension to last year’s payment. However, that payment is now due, but the companies are still in no position to afford the cash.

“We keep getting calls and invoices, to the point we appointed someone to represent us to speak to them on our behalf.”

Opposition MP Mario Galea brought up the issue in Parliament, where he asked the Minister for Infrastructure and Transport Ian Borg whether he was aware that these companies may close down without the appropriate understanding of the unique situation from the authorities.

Minister Borg replied that the MTA is obliged to collect all fees due to it, adding that it understands the financial situation of these operators and has offered them a scheme of payments.

Mr Abela is adamant that no such deal was offered to them.

The companies also operate boat trips and cruises, and therein lies another issue.

“Last year,” explains Mr Abela, “the authorities said that whoever wants to garage the boats can do so and inform them so that the licence fee would be waived.”

“But this is impossible,” he continues. “Boats need maintenance to continue. We cannot just garage them indefinitely.

Another issue Mr Abela raises about the boats is that the licenses in this case were paid in full, despite the sector being closed for so long. However, when he tried to speak to the authorities to get something back, nothing was forthcoming.

Finally, Mr Abela turns to the issue with the National Insurance (NI) payments.

Last March, as the sector was gearing up for summer, the companies employed a number of part-timers as is typical for many in the industry.

When the pandemic hit and the Government issued the wage supplement scheme, meant to help employers retain their workers, the companies in question decided to do just that.

“It did not make sense to throw away the training we provided,” explain Mr Abela.

Once cases started rising again and the wage supplement was extended, many of these usually-seasonal workers decide to stay on with the company, and the company had no reason to ask them to leave since the Government was paying their salary.

However, Supreme got a nasty surprise this year when the NI payments due included those of these workers, who would not typically have been retained over the winter.

Read next: Air Malta issues €24 million in refunds since March 2020