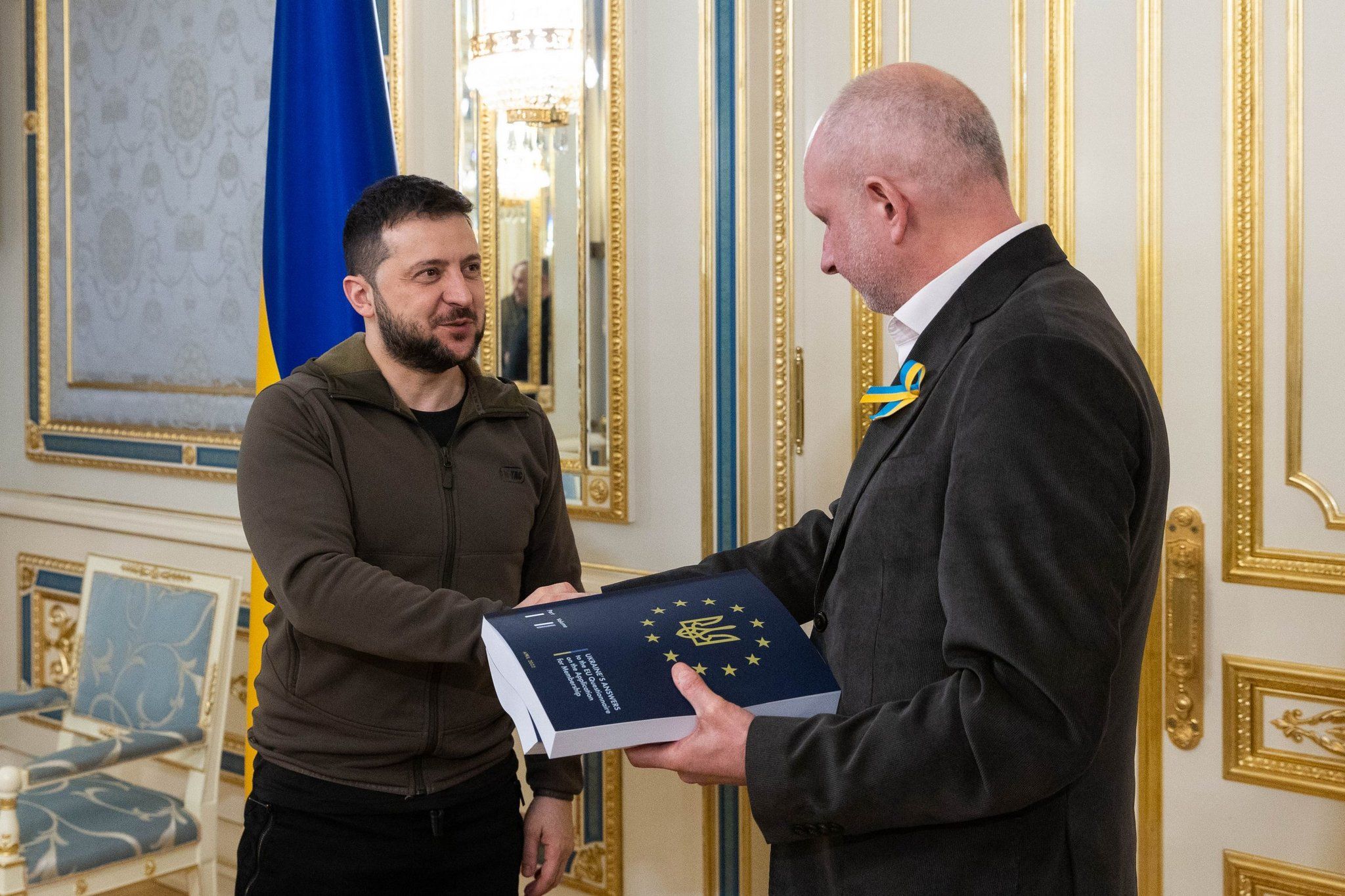 Ukraine has completed the questionnaire handed to President Volodymyr Zelensky by European Commission President Ursula von der Leyen earlier this month, a significant landmark in its quest to be accepted as an EU candidate country even as Russia’s invasion of its neighbour continues with an offensive focused on the Eastern region of Donetsk,

On 8th April, Dr von der Leyen passed on the questionnaire, which will serve as the basis for negotiations between Ukraine and the EU, saying, “Dear Volodymyr, my message today is clear: Ukraine belongs in the European family. We have heard your request, loud and clear… Today, more than ever, Europe is here. Europe is with you.”

The task of deciding whether to accept the war-torn country’s bid to join the economic and political union will now fall to the European Council, a meeting of the heads of government of the existing member states, due to be held on 23rd and 24th June, following evaluation by the Commission.

Announcing receipt of the filled-in questionnaire on LinkedIn, the European Commission said it constituted “another step on Ukraine’s EU path”, and said it is honoured to receive the answers.

“This questionnaire is the basis for our discussion in the coming months,” it said. “This is where Ukraine’s path towards the European Union begins.“

Being accepted as a candidate country does not mean that Ukraine accession can be expected any time soon – Malta submitted its application in 1990, but only joined in 2004 (this period included two years when the application was frozen, between 1996 and 1998).

However, European leaders have pledged a faster process for Ukraine in light of Russia’s invasion of its territory, an example of how Russian President Vladimir Putin’s actions have galvanised Europe into action.

When giving Mr Zelensky the questionnaire, Dr von der Leyen acknowledged that Ukraine is already closely aligned with the EU thanks to an association agreement bringing it line with several important legal and political requirements of membership. “So we will accelerate this process as much as we can, while ensuring that all conditions are respected,” she said.

According to EurActiv, Ihor Zhovkva, deputy head of President Zelensky’s office, told the Ukrainian public broadcaster that Ukraine “expects the recommendation [from the Commission] … to be positive, and then the ball will be on the side of the EU member states.”

For a country to join the European Union, it must have the unanimous approval of every other member state.

Read next: FATF sets new standards for ‘more timely’ & ‘effective’ assessments plus date for next evaluation round