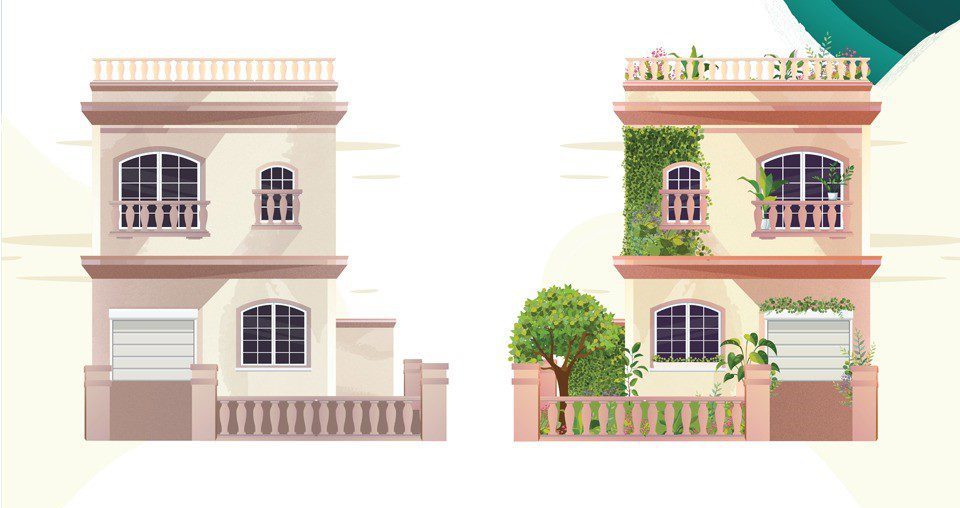 The “Green Your Building” scheme announced by Minister for the Environment Aaron Farrugia over the weekend has been well received by landscapers and real agents, who believe it will create added value for property owners who make use of it.

However, the two groups disagree on whether the increase in value will translate to an increase in price.

The Green Your Building scheme allocates €2 million to the introduction of green facades, walls and the green retrofitting of front gardens carried out by private property owners living in residential areas.

Shops and offices with existing front gardens within these areas may also benefit from the scheme.

The scheme, run by the Planning Authority, promises to refund 100% of the eligible works, including all costs associated with labour works, material, hire of equipment, a 5-year maintenance plan and professional and consultancy fees.

Suzie Samut Tagliaferro, of The Garden Studio, believes it will serve to kickstart the greening efforts that Malta needs. “It will increase the social and organic livelihood of communities,” she said, calling the scheme “an attractive initiative”.

Derek Garden Centre’s Melosaul Balzan says he welcomes the increase in business in sale of plants and installation. He believes the scheme will translate into an increase in the value of properties that take advantage of the scheme.

“A well maintained and attractive garden is more valuable than having a property furnished,” he says with a smile, a view shared by Ms Samut Tagliaferro.

Iggy Zammit, director at Belair Property, agrees that the scheme is a good one, qualifying his optimism by adding, “if it is implemented well”.

“It’s about time we started thinking this way,” he says. “These ideas are innovative and forward looking for Malta, though we need to see ‘behind the scenes’, how the scheme will work in practice, before we can really judge its impact.”

Mr Zammit also agrees that the value of properties taking advantage of the scheme will increase, though he cautions against expectations of higher asking prices.

“People are realising that prices have to stabilise, especially because of COVID. So it’s about improving the value for money of such properties.”

“This is something we’ve been pushing for a long time,” he says. “European cities have been taking steps to beautify their urban centres for a long time, so it’s nice to see that something is finally being done locally.”

However, he questions whether the allocated budget of €2 million is enough to make an impact nationally. “I fear it may be taken up very quickly,” he says.

Turning to property values, he agrees that the prettier a façade looks, the more valuable it is. “Normally, this will have a big bearing on the price,” he explains, “but with COVID there is a dampening effect on prices, so such properties are more likely to find willing buyers more quickly than see an increase in price.”

“Compared to a property on the same street at the same price, a building with an attractive green facade will stand out.”

Concluding, Mr Salt says that, “At the end of the day your building is not only yours. It is also part of the streetscape. So if it’s looking tatty it will have an effect on the whole street.”