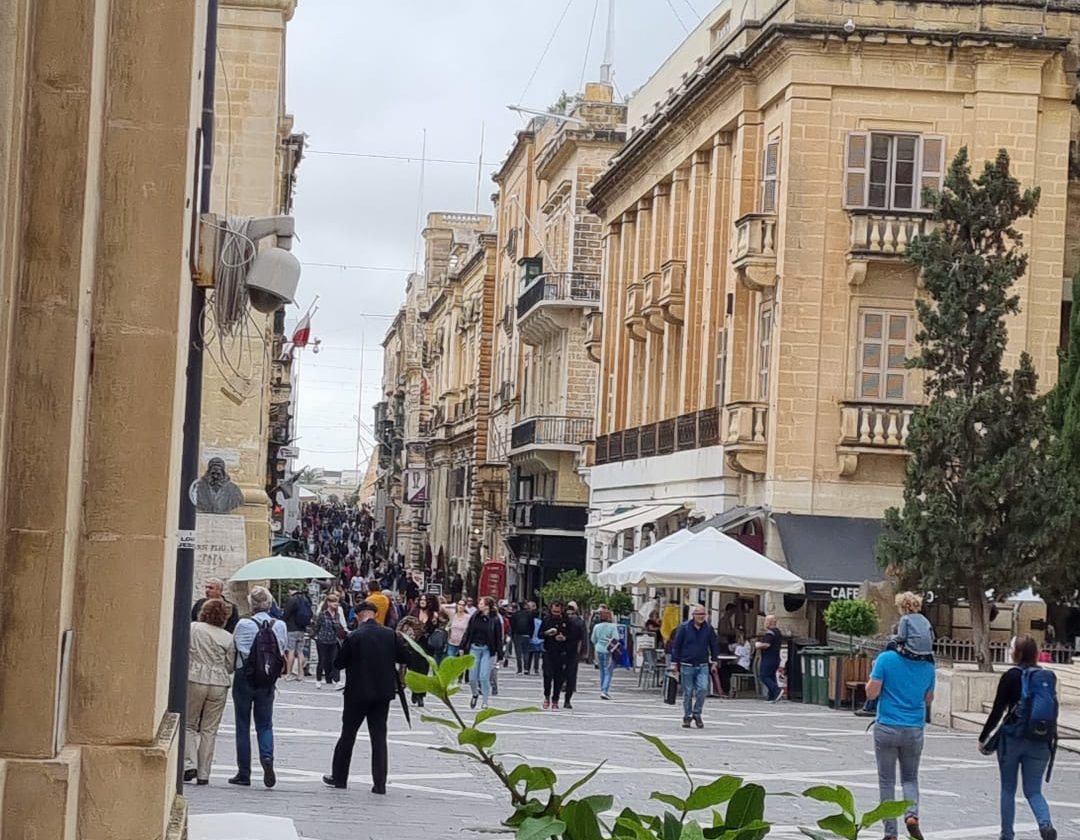 Supporters of the party winning Malta’s general election traditionally congregate to Valletta the following Monday to see their leader sworn in as the country’s Prime Minister. The boisterous environment is typically perceived as unconducive for business, leading many shops in the capital to close for the day.

Apart from the atmosphere, many staff members might also want to celebrate – or commiserate – and many employers tend to willingly oblige, with the expectation that the day will not be a profitable one, in any case, as shoppers and diners opt to stay away from the city.

This time round, a relatively muted election campaign may be reflected in Monday’s celebrations, but there is no question that, whatever the result, a crowd of revellers will descend upon Valletta.

BusinessNow.mt contacted over a dozen establishments situated on upper Republic Street and adjacent roads to see whether Monday 28th March will see a capital city largely devoid of life outside supporters of the winning party.

The results were mixed. Clothes shops were most likely to shut shop on Monday, along with jewellers, although some outlets of both kinds said they would open as normal.

Cafeterias were also a mixed bag, with some citing “the craziness of the post-election atmosphere” as the reason behind their closure.

Others, meanwhile, sought to capitalise on the celebrations.

“It’s going to be a big party,” said a spokesperson for Kingsway Bar & Restaurant, “and everyone knows that celebrating opens up the appetite. We’ll be here, ready to serve anyone who walks in, as always.”

Similar sentiments were expressed by Dolci Peccati and King’s Own Band Club.

That might come as a surprise to other establishments, several of whom almost laughed when asked whether Monday will find them open.

“No, as if. With all that mayhem?” asked a representative of E. B. Dowling Jewellers. “Everyone will be closed in Valletta. You can’t work like that. No one wants to have a relaxing day of shopping in the middle of all that noise.”

Some establishments, like Eddie’s Cafe Regina, said they are still mulling over the decision, while others indicated they would open in the morning and assess the situation from there.

Caffe Cordina on the other hand confirmed that the landmark establishment will remain shut on the day, as will popular Scandinavian variety store Flying Tiger and ABC Stationery.

Clothes shops also found little reason to open, with Pull & Bear definitely closing while a Tom Tailor representative explained that the entire complex hosting the store will not be open before Tuesday.

One representative of a retail fashion outlet, King Shoe Shop, advised prospective shoppers to call any shops they intend on visiting on the day, to avoid disappointment.

“The situation will be touch and go,” she said. “Monday will definitely get a bit wild. Best thing you can do is call ahead.”

Anyone wanting to pick up some essentials, however, can rest assured – Wembley Store confirmed it will be open as usual.

Read next: Labour Party wins election by a landslide