Through this partnership agreement, the VisitMalta brand will benefit from strong exposure 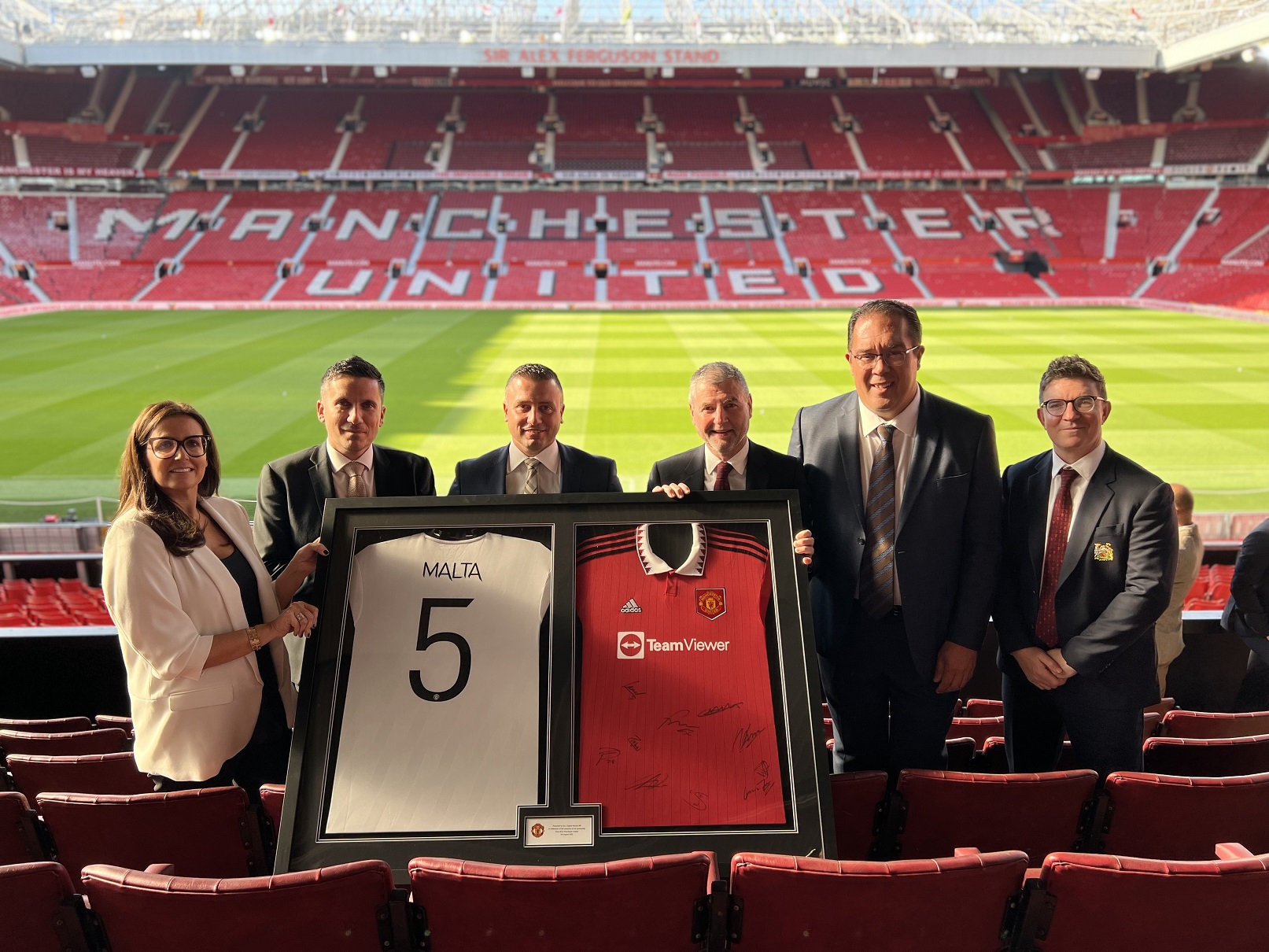 VisitMalta will once again be the official destination partner of Manchester United as the Malta Tourism Authority and the club announce they are renewing their partnership agreement with the club promoting Malta as a tourist destination to its 1.1 billion followers worldwide.

Through this partnership agreement, the VisitMalta brand will benefit from strong exposure during the Club’s home matches and digital marketing channels, social media and on printed media worldwide. The news of the renewal was announced at a special press event held at Old Trafford in Manchester, in the presence of Clayton Bartolo, Minister for Tourism, Anthony Gatt, Permanent Secretary within the Ministry for Tourism, and Carlo Micallef, Chief Executive Office of the Malta Tourism Authority (MTA).

“Reaffirming VisitMalta as the Official Destination Partner of Manchester United will lead to an increase in visibility and marketing coordination on an unprecedented level for the Maltese Islands not just in Europe but in other long-haul markets such as America, Asia and the Middle East. I am optimistic that this partnership agreement will cement Malta’s prospects in establishing itself as a central hub for sports tourism excellence in the years to come”, outlined Minister Clayton Bartolo.

“During the months of the pandemic, the MTA had to think outside the box to maximise the potential of this partnership, in a time when sport worldwide was at a standstill. This was done through various initiatives, of a digital nature, aimed at giving visibility, engagement, and exposure to the beauty of the Maltese Islands across Manchester United’s fanbase around the world, especially in the Asian region, where Manchester United is recognised as one of the strongest sports clubs. As we go into the next five years of this partnership agreement, we look forward to exploring previously untapped opportunities to continue maximising on this international partnership,” remarked MTA CEO Carlo Micallef.

“Manchester United and Malta share such a rich history and we are delighted to continue our partnership with VisitMalta. We are incredibly proud of what we have achieved during the first years of the partnership, especially during a time where international travel was restricted, and we look forward to continuing this successful partnership for many years to come”, said Manchester United’s Director of Alliances and Partnerships Ali Edge.

“Since launching the VisitMalta partnership together we have has successfully provided continual top of mind awareness for Malta as a premium travel destination. This helped to build a strong foundation to ideally position Malta to rebound from a period of disruption and quickly recover post-pandemic”, concluded Manchester United’s Partnership Performance Director Liam McManus.

Read next: Hundreds of catering and beauty establishments are failing to issue VAT receipts – report