‘We cannot predict the future, but we can try to shape it’: Future skills & impact of AI at the workplace 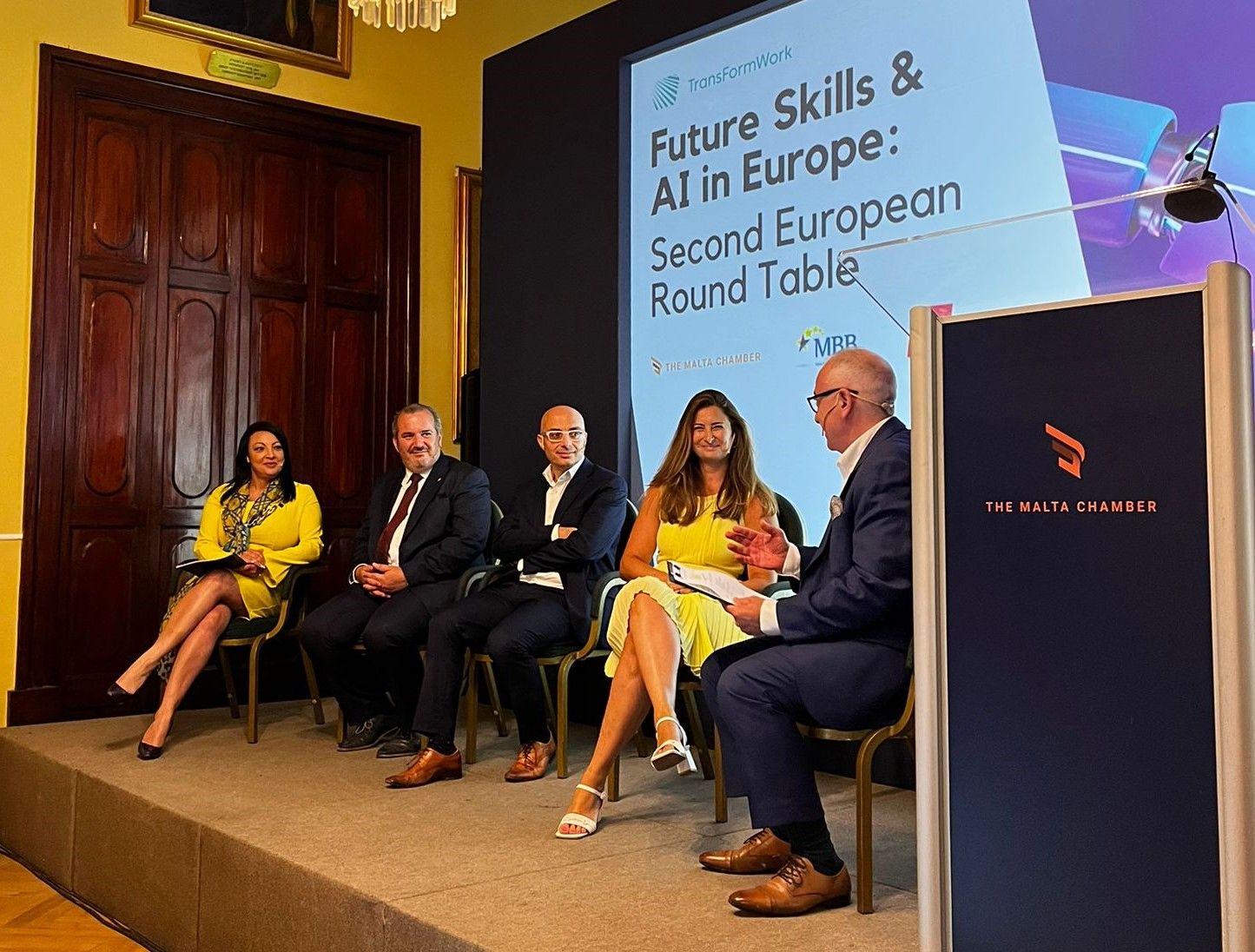 As automation continues to grow in popularity across a plethora of industries beyond manufacturing, safeguarding workers and ensuring they have the necessary skills to operate the jobs of tomorrow is becoming all the more vital.

With the rise of specialised and high-skill jobs on offer locally for some time thanks to tech-friendly industries such as gaming, iGaming and finance, employers have long complained of a growing skills gap and the need to hire workers from outside of Malta.

With the onset of COVID and a major switch towards digitalisation, this situation has only grown more pronounced.

And, with this in mind, last Monday The Malta Chamber of Commerce, Enterprise and Industry (The Malta Chamber) together with the Malta Business Bureau (MBB) in collaboration with the General Workers Union (GWU) organised an event on the digital transformation of work, focusing on ‘Future Skills and the Impact of Artificial Intelligence at the Work Place’, two key topics from the EU autonomous framework agreement on digitalisation.

The event was organised as part of the EU TransFormWork Project, which is being funded by the EU Social Dialogue Programme. Opening the event, The Malta Chamber President Marisa Xuereb observed, ‘’real transformation is likely to involve a much higher degree of subcontracting and outsourcing, even to other countries given the greater digitalisation of processes. It will also involve a higher degree of automation that will go beyond mechanical processing that we are used to seeing in manufacturing lines.

“The future of automation will be more data-driven and prevalent in services such as banking, retail and distribution, hospitality, and customer support.’’

During the panel on the future of skills, MBB CEO Joe Tanti, who moderated the discussion, stated:

“For several years now we have been saying that in Europe and in Malta we have a skills problem across the board. But given the way economies are evolving perhaps the most worrying is the lack of digital skills. This is not just in relation to STEM skills but digital skills more broadly. Given the very competitive market where the demand for skills outweighs supply, another important aspect is skills retention.”

The Malta Chamber CEO Marthese Portelli commented on the fact that ‘’we need to keep up with the fast pace with which the world is changing, and constant change that comes from fluctuating consumer behaviour and trends in tech. To keep up with such changes we must address the disjointedness between industry demands and the education system.’’

Josef Bugeja, Secretary-General of the General Workers Union emphasized, ‘’We cannot predict the future, but we can try to shape it. Given that change is very fast paced and ever evolving, we need a skills analysis of the whole industry to keep up. Additional skills are required for better career pathways in propelling workers’ motivation.’’

In her closing remarks, MBB President Alison Mizzi reminded that “for the sake of social justice, we cannot alienate ourselves from those that are going to be impacted the most and thus education and training play a key role in the whole process in making sure that we keep up with the digital skills that are needed now and for the good of the future economy.”

The event was addressed by international speakers that included senior officials of BusinessEurope and the European Trade Union Council (ETUC).

More information on the EU TransFormWork project can be viewed from here: www.transformwork.eu

Read next: Malta and the great money-printing experiment