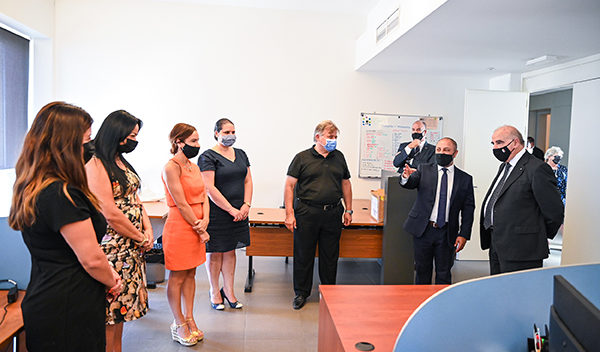 Malta Enterprise CEO Kurt Farrugia has declared that 40 new foreign direct investment projects were approved over the last year, which are expected to create around a thousand new jobs with a total investment of €800 million in the economy.

Mr Farrugia was speaking during a visit by President George Vella to show appreciation on behalf of the whole nation for the hard work and dedication shown by all the workers in the challenging past months during the COVID-19 pandemic.

While addressing the workers virtually, President Vella acknowledged the existing challenges for businesses and expressed his appreciation for the enterprise’s efforts to attract investment to Malta.

The President praised, among others, the wage supplement and other Malta Enterprise schemes that offered assistance to families and businesses during the pandemic.

He urged Malta Enterprise workers to always focus their work on what he referred to as the country’s greatest resource: human resources.

Mr Farrugia said that despite efforts to address the urgent needs caused by the pandemic, Malta Enterprise also continued to play the role of an agency for economic development.

At the end of his visit to Malta Enterprise, President Vella unveiled a painting symbolising the daily life of businesses as a sign of appreciation for Malta Enterprise workers and a reminder of their contribution to Maltese and Gozitan families and businesses.