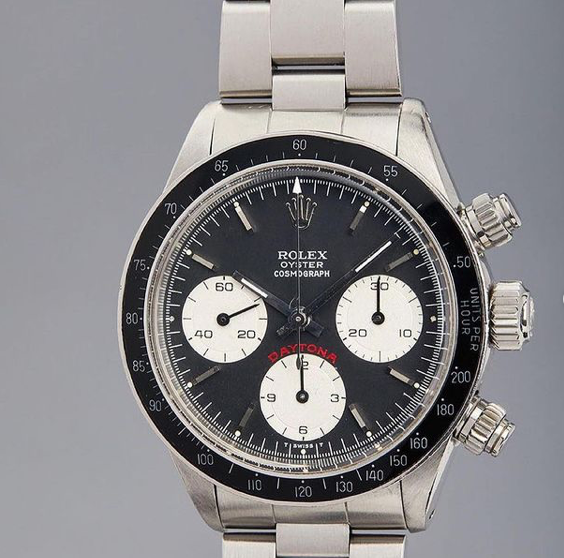 On Saturday, a Rolex Daytona owned by Paul Newman sold for $5,475,000 (€4.5 million) at a New York Racing Pulse watch auction by Phillips, in Association with Bacs & Russo. The watch was a gift from Mr Newman’s wife, Joanne Woodward, and is inscribed with “Drive slowly, Joanne,” on the caseback.

Mr Newman had given the watch, something he wore daily for decades, to his daughter, Clea. In turn, she has sold it with a portion of the proceeds going to Paul Newman charities.

Mr McQueen, who wore the watch in the film Le Mans, gifted the piece to his trusted mechanic, Haig Alltounian, after filming ended. It is inscribed to him on the caseback along with the message “Thank you for keeping me alive all these months.”

Mr Stallone sold five watches in the auction, with a combined sale of €3.1 million (€2.5 million), more than three times their estimate.

Read next: Subaru’s first electric car to be Europe-bound SUV