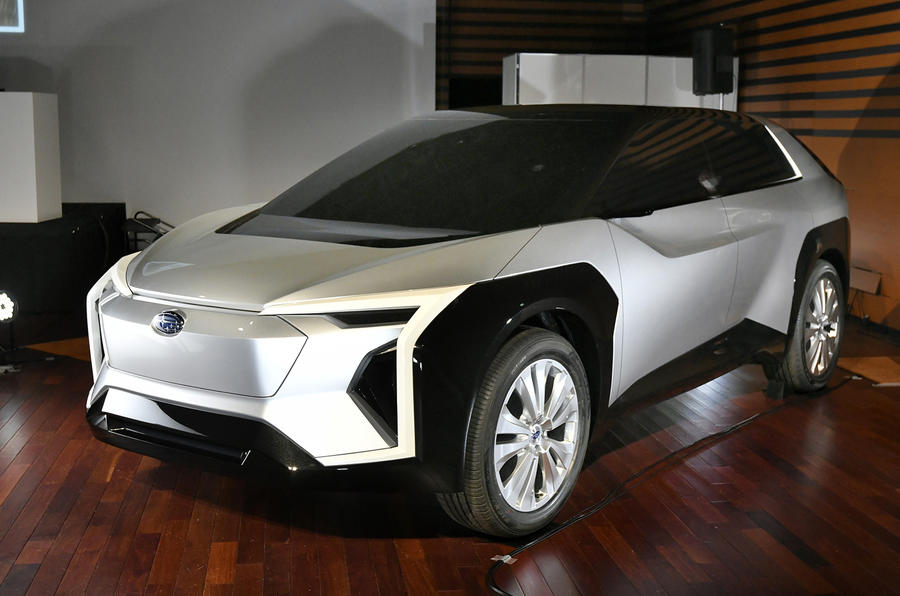 Subaru have confirmed that their first electric vehicle will be an SUV built on a new bespoke EV platform shared with Toyota, and that it will be made available to Europe.

The Japanese firm said that the model is to be launched in the first half of this decade, however several motoring news platforms report that it will be revealed in 2021.

The vehicle is expected to be of similar size to the existing combustion-engine Forester, however, since it will be built on an electric-only system, a new name is expected. Japanese media report that it will be called the Evoltis.

The shared EV platform, known as e-TNGA, is designed to be highly adaptable and thus allows for vehicles of different lengths to be used for front, rear and four-wheel-drive layouts.

Beyond the use of the shared platform, Subaru has released no further technical details of the new EV, saying that it will divulge more details in 2021.

Earlier in 2020, Subaru displayed an electric concept car at a technology briefing, with the expectation that its first EV will mirror styling from the concept car.

Its first EV is a major step in the company’s plans to go electric, with the firm recently introducing a mild-hybrid version of the Impreza, XV and Forester. It is aiming for at least 40 per cent of global sales to be either electric or hybrid by 2030.

Read next: Apple releases new App Store privacy labels informing users how they are being tracked