Brits flock to shops and beer gardens as England reopens

Parts of England's lockdown measures were lifted on Monday 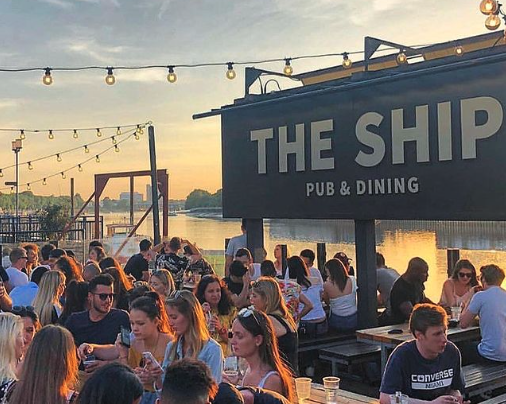 On Monday, for the first time in months, England’s streets and parks exploded into hives of activity, as a lockdown, which had forced the population inside for months was finally lifted.

Revellers poured into pub gardens, shops and hairdressers, as pent-up demand for cold pints, haircuts and retail therapy took precedence over the biting temperatures that were recorded in many parts of the country.

Overcome with excitement, many took to social media to celebrate being able to visit their favourite bars:

Punters weren’t the only ones celebrating the reopening however, businesses, starved of customers for so many months were thrilled to return to near-normal:

High streets were also abuzz with activity, as queues of shoppers were reported throughout the day outside popular high street shops:

From Monday in England, non-essential retail shops were permitted to open, and pubs were allowed to open outdoor seating areas serving customers in groups of six and less.

Business owners, the Government, drinkers and diners will be hoping that this is the final, irrecoverable step towards their previous ways of life, but commentators and health specialists in the UK and abroad will be watching the country closely for signs of a resurgence in COVID.

As things stand, in Malta, which is still in the midst of its quasi-lockdown, it is expected that restaurants will be able to open in mid-May, and the reopening of bars is expected to be considered based on the outcomes of this.

Unlike in the UK, where outdoor venues are treated differently to indoor ones, in Malta these venues have previously been bundled together in lockdown considerations.

Read next: March inflation stable at 0.1%