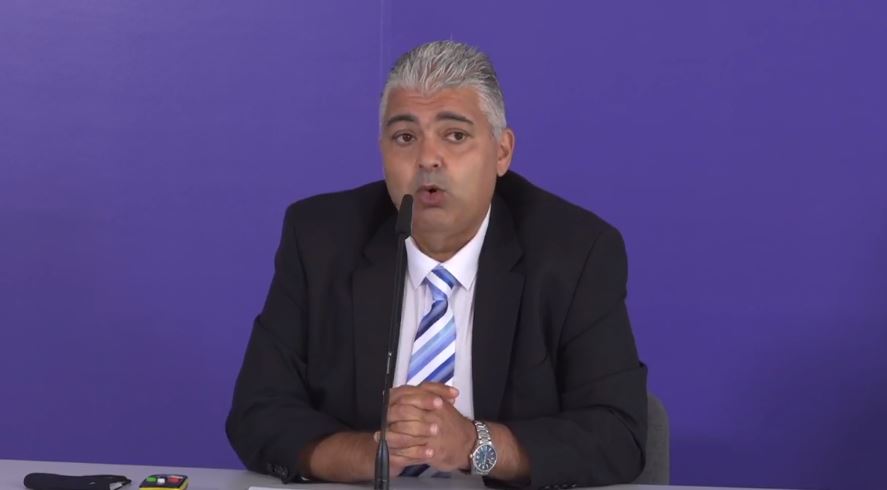 State agency Identity Malta on Monday released its first ever annual report in a bid to increase transparency and disseminate the work it does.

Anton Sevasta, CEO of Identity Malta, presenting the report in a press conference streamed to Facebook, noted that the numbers were quite different to those of previous years on account of the COVID-19 pandemic, which had a deep impact on the agency’s work.

Identity Malta responded by devising a business contingency plan to protect the wellbeing of its employees and to ensure provision of service.

These were designed to ensure strong performance, longevity and durability, and incorporate layers of “highly sophisticated security features” which make them extremely difficult to forge or tamper with.

Similarly, birth, death, marriage and cohabitation certificates were made more easily accessible through the launch of a new website, with over half (52 per cent) of all certificates ordered through the portal.

The annual report also mentioned Identity Malta’s Mater Dei office, now in its third year of operations, which receives notification of 80 per cent of Malta’s births and 45 per cent of deaths.

New legal notices passed last year have also allowed for a wider choice of surnames after marriage, without one of the spouses imposing on the other.

Additionally, after long public demand, the use of Maltese diacritic letters has been introduced to the Public Registry, allowing for the registration of typical Maltese names. In fact, the first Maltese name registered in the updated system was “Ġanni”.

Travel restrictions imposed in reponse to the COVID-19 pandemic led to a collapse in demand for new passports from Identity Malta’s Passport Unit in 2020, with only 18.834 new passports issued when compared to 51, 210 the previous year.

There were meanwhile a total of 568 urgent passports issued and 133 emergency travel documents, with Mr Sevasta noting that these were mainly related to individuals whose passports had expired while travel was restricted.

Malta’s passport received accolades in 2020, being recognised as the Best Regional ID Document in combatting document fraud and identity theft at the 2020 High Security Printing EMEA Conference, held in Portugal.

Brexit also affected the agency’s work, with Malta being among the first EU Member States to start accepting new residency document applications in February 2020, with more than 7,500 applications received by the end of the year.

The agency set up a Reporting Unit, which performs due diligence functions, and has the statutory authority to carry out checks to verify whether third-country nationals are abiding to the conditions set out in their authorisation to remain in Malta.

In its first year of operation, staff received intensive training on how to identify and deal with potential cases, and concluded a total of 636 Freedom of Movement interviews.

The Searches Unit provides official searches against individuals and entities in connection with the enrolment notes pertaining to the transfer, inter vivos as well as causa mortis of immovable property, and the registration of hypothec notes and privilege, which secure obligations such as loans and payment of ground-rents.

The Searches Unit has now embarked on a pilot project which will enable online searches on soft copies of documents.

Outlining the way forward for Identity Malta, Mr Sevasta said it would soon be launching its strategy for 2021-2023, with a focus on improving its customer centric approach, embarking on a digital and paperless drive, boosting efficiency, investing more in staff, fostering a culture that embraces change, becoming the National Lead Agency for the Identity Management Eco-System, and becoming a promulgator of emprical evidence based migration policy design.

Parliamentary Secretary for Citizenship and Communities Alex Muscat said that he is proud that the agency will be working in a more transparent manner, saying that many do not know the full extent of the work being undertaken by the agency.

“It is only fair that everyone is aware of the efforts and work being done by Identity Malta,” he said, adding that the surge in demand for online services meant that the Agency needed to change its operations.