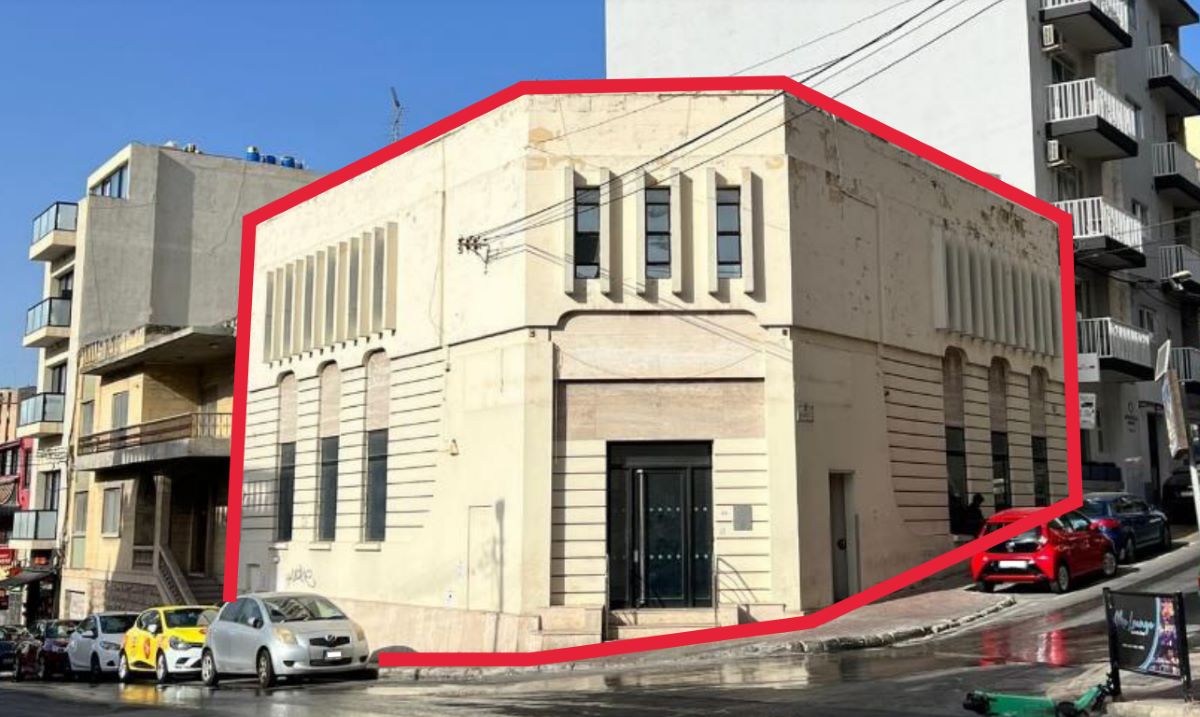 The developer behind the proposed 10-storey hotel on the site of the ex-HSBC branch in St Julian’s has admitted that he had not considered the heritage value of the site, following reports that a conservation watchdog has taken issue with the project.

Grahame Salt, co-owner of the Frank Salt and Homes of Quality estate agencies and the property development company Berkeley Investments, told BusinessNow.mt that the site’s “tiny” size (around 250 sqm) makes it difficult to retain the façade in any extensive redevelopment, such as the one proposed.

“It is not very practical,” he said.

Mr Salt did not express any appreciation for the façade of the building designed by internationally acclaimed Maltese Modernist architect Richard England, who was responsible for a number of landmark buildings around Malta including the University of Malta and the Madliena parish church, is “not much to look at”.

“If you look at it… I mean, I don’t know. I would not say it is anything architecturally impressive, personally,” he said.

However, he said that following the criticism posed by Edward Said, an architect and a prominent advocate for the recognition of the heritage value of buildings built in the Modernist style in Malta and Gozo, he would be speaking to architect Ray Demicoli, who designed the proposed hotel, to determine the best way forward.

He did not exclude meeting with Perit Said if the need arose.

The site is located on the corner of St George’s Road and Triq il-Qaliet, in a prime location overlooking Spinola Palace and Gardens. It is just a minute’s walk away from Spinola Bay and Portomaso Marina.

The 67-suite hotel, as currently planned, will entirely replace the bank building, originally built in the 1970s as a branch of Mid Med Bank, which was subsequently bought by HSBC.

This building was one of a number of former Mid Med Bank branches designed by Richard England in the 1970s.

He said that the network of Modernist building housing these bank branches should be considered as urban landmarks, not unlike the cinemas of the 1950s.

They “certainly merit respectable preservation”, having been designed by “an internationally acclaimed Maltese architect”, he said.

“Surely the present architects can sensitively integrate the exterior of the present building in their proposal.”