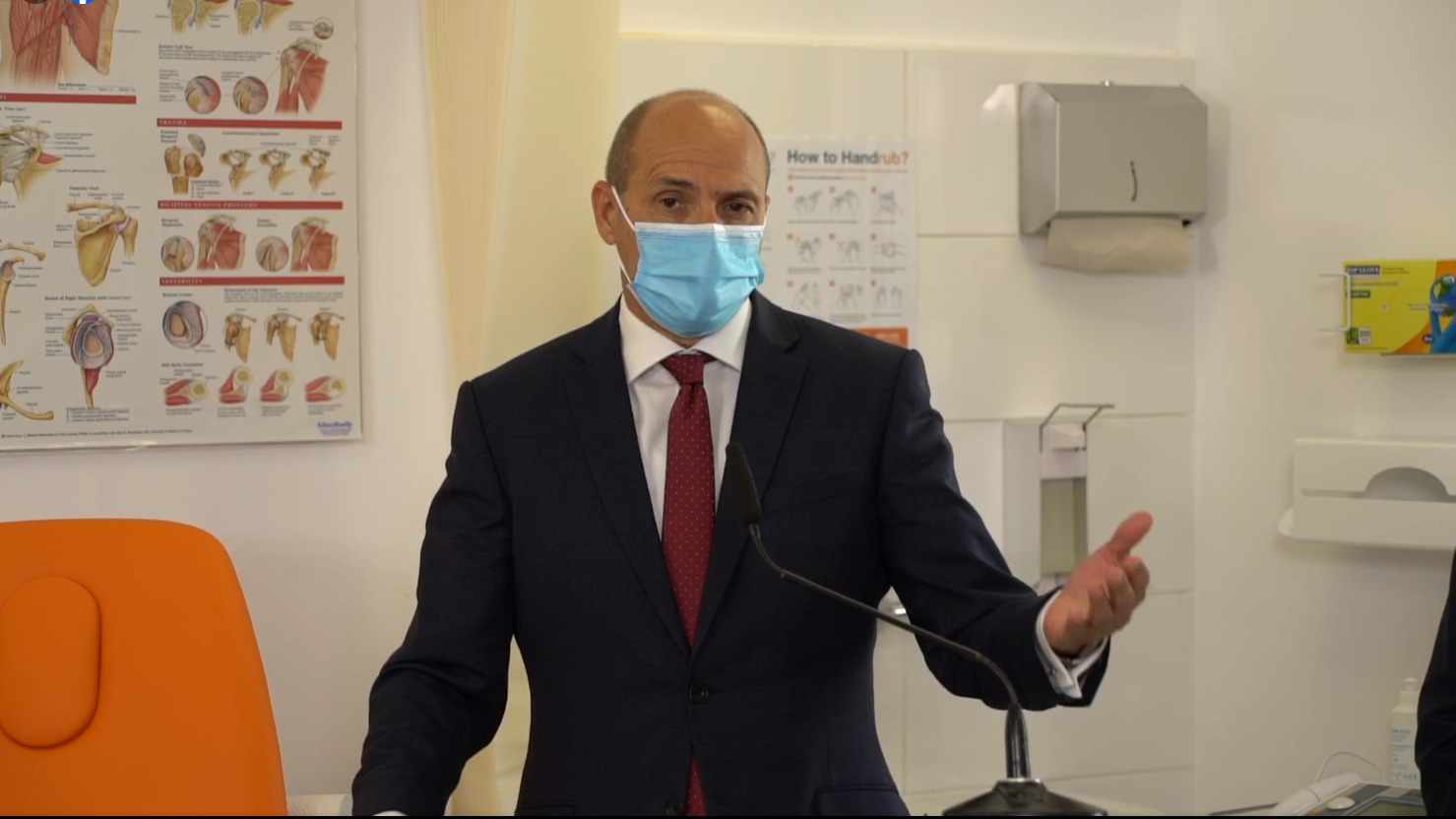 Health Minister Chris Fearne has announced a raft of cuts to the current pandemic protocols, with quarantine and travel rules loosened and restrictions on events lifted.

Speaking at the reopening of the Gzira Health Centre, Minister Fearne said that Malta can now boast the world’s highest proportion of boosted adult, standing at over 80 per cent.

This translates to 342,000 adults who have taken the booster, a figure that, the Minister said, emboldens the Government to take the next steps to relieve the country from the remaining restrictions on normal activity.

In a step that will surely have business owners and HR managers breathing sighs of relief, quarantine rules will be relaxed from Monday 7th March.

Secondary contacts of positive cases will not longer be bound to quarantine a from that date. This is applicable to all individuals, whatever their vaccination status.

For primary contacts who have not taken the full round of vaccinations, 7th March will see their quarantine period slashed from 14 days to just five, with a rapid test result necessary on the fifth day.

Illustrating with an example, Minister Fearne referred to a situation faced by many parents of young children over recent weeks. “If you have a child who is not yet fully vaccinated – perhaps they are under five and therefore not eligible – and there is a positive case in their class, the child currently needs to spend 14 days in quarantine.”

He acknowledged that this causes problems for parents and their employers as arrangements must be made to ensure such children are not left alone.

“This quarantine period for primary contacts of positive cases,” said the Health Minister, “will be reduced to five days as from 7th March.”

Quarantine for those coming from dark red countries will also be reduced from 10 days to seven as from the same date.

The Minister also announced that Malta will now also recognise vaccines that are accepted by the World Health Organisation (as opposed to just those recognised by the European Medicines Authority).

Such vaccines include the China-made Sinopharm and Covishield, a locally produced version of the Oxford-AstraZeneca vaccine.

Individuals entering Malta from a dark red country with one of these vaccines will also need to present a negative PCR test.

The curfew currently in force on places of entertainment like bars, which must close by 1am, will also be lifted on 7th March. The measure will be removed entirely, leaving such establishments free to remain open until the time they are licensed for.

Meanwhile, standing events can be organised “with practically no restrictions” as from 11th April. Minister Fearne stated that for outside events, there will be no guidance on who can attend. However, inside events will be limited to those with a valid vaccine certificate for the time being.

Read next: AX Group construction arm gearing up for work on two major projects in 2022