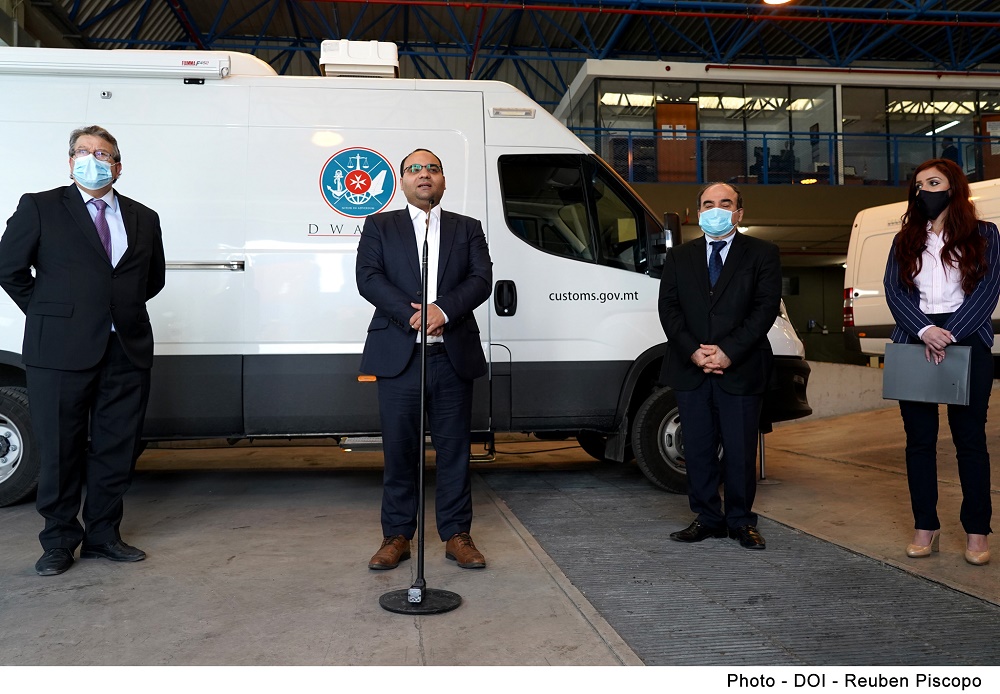 Following a visit to the Malta Freeport, Finance and Employment Minister Clyde Caruana praised and thanked officials at Malta’s customs department for its efforts, particularly the results obtained with regards seizure of illegal trade.

On Wednesday evening, Dr Caruana revealed in Parliament that the customs department stationed within the freeport successfully intercepted a record haul of cocaine intended for Libya.

During the operation, 510 packets of the substance were found, with a total weight of 612 kilo and an estimated value of a staggering €69 million.

This single bust translates into one-year worth of drug seizures for Malta, the Finance Ministry noted.

“Big ongoing investments made within Malta’s customs department is leading to such results. During the past years, the Government has invested around €20 million in new equipment considered to be essential for operations such as the one carried out last night.

“Apart from this, we must also appreciate the hard work carried out by staff, who carry out their work diligently each day,” said Minister Caruana.

He added that through last night’s seizure, Malta has sent a strong message when it comes to governance and professionalism and that this Government is committed to continue reaping results. Minister Caruana went on to say that Malta wants to continue to send such a message in all other areas.

Malta is currently facing a Moneyval assessment after several shortcomings were found within the country’s anti-money laundering structures. After the Government submitted its final progress report in October, Moneyval will now assess Malta’s efforts and give its verdict to the Financial Action Task Force, a global body fighting money laundering and the financing of terrorism. The FATF will, in turn, decide whether to place Malta on its grey-list.

On the issue of governance, Minister Caruana said that over the past 11 months, the time in which Prime Minister Robert Abela took over from his predecessor Joseph Muscat, this Government has clearly shown its commitment to good governance, rule of law and all that is tied to effective administration.