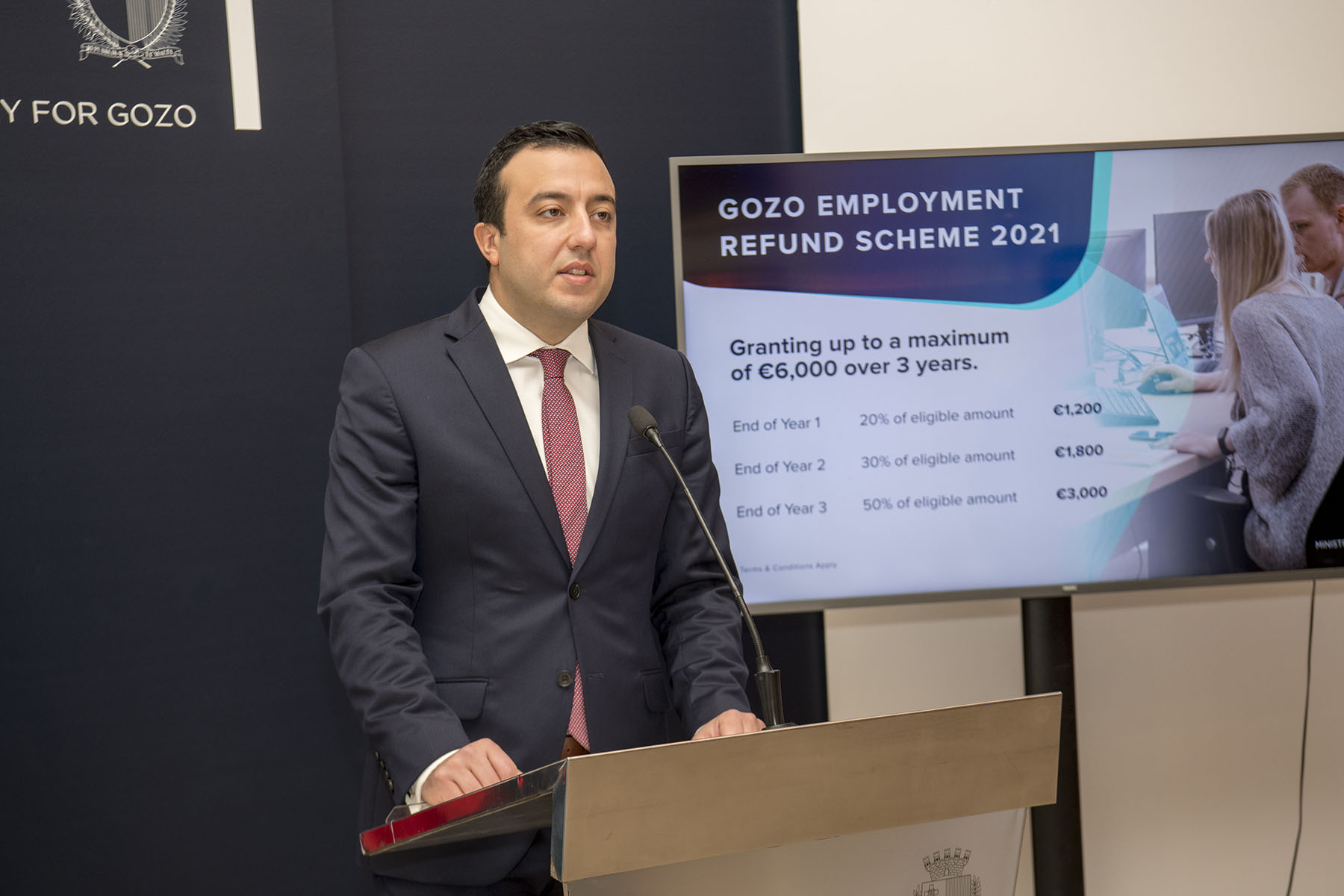 The Ministry for Gozo on Tuesday announced the launch of two “crucial” initiatives to promote job creation in Gozo.

The Gozo Employment Refund Scheme, which compensates employers for the salary of new employees, will be renewed for another year. Minister for Gozo Clint Camilleri expressed his satisfaction with the scheme’s success in 2020, during which more applications were submitted than in 2018 and 2019 combined.

He said, “This is a scheme that awards the creation of new jobs during the difficult economic situation experienced the world over. This bears witness to the resilience of the Gozitan community as well as the commitment by Government to the sustainability of work on Gozo.”

Director for Tourism and Economic Development within the Ministry for Gozo Ronald Sultana said that the scheme will offer reimbursement of salaries up to a maximum of €6,000 over three years to companies based in Gozo who engage new employees during 2021.

In order to incentivise job stability, the reimbursement will not be split equally over the years, with the third year’s reimbursement being the largest at €3,000.

The Gozo Teleworking Scheme was another measure announced during the Budget 2021 speech which is open to businesses based in Malta who offer their Gozitan employees the option of telework.

The Minister for Gozo explained that the fund will be offering financial incentives on two binaries. First, a partial reimbursement of 75 per cent, up to a maximum of €850, on expenses related to the technological apparatus required for employees to conduct telework.

The second is a reimbursement on the salary for up to €10,000 over three years. These are offered on a pro-rata basis, depending on the number of days every week that the worker is assigned to telework.

Mr Sultana also explained that the Ministry is taking into account the sustainability of the scheme by splitting the annual reimbursement as follows: up to €3,000 for the first two years and up to a maximum of €4,000 for the third year that a company offers teleworking to its Gozitan employees.

Minister Camilleri concluded that the two schemes, along with others, will continue helping to generate more quality and sustainable work in Gozo.