The 88-metre superyacht is registered in Malta 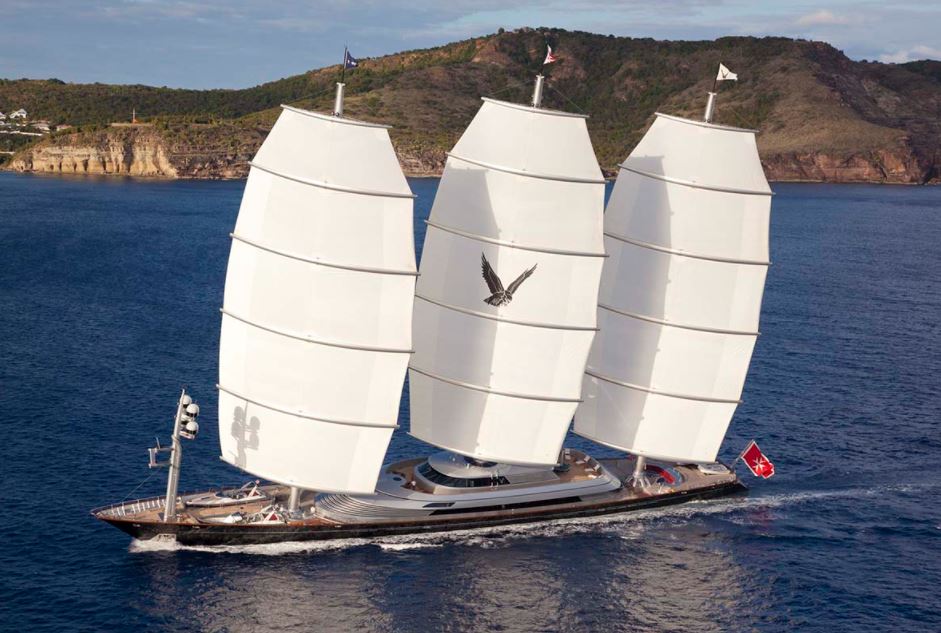 The Maltese Falcon, described as the “greatest sailing machine ever built”, is in Maltese waters, anchoring in St Paul’s Bay on Tuesday night, where it remained on Wednesday afternoon.

The 88-metre superyacht, which is registered under the Maltese flag, delighted onlookers last week as it glided across the waters of the Grand Harbour near Birgu.

The luxurious sailing yacht has won many accolades since its launch in 2006, including the First Baccarat Superyacht World trophy for ‘Finest SuperYacht Ever’ in 2013.

It was also the subject of a book by David A. Kaplan entitled ‘Mine’s Bigger: Tom Perkins and the Making of the Greatest Sailing Machine Ever Built’, which itself won an award for best business book of 2008.

Tom Perkins is the venture capitalist and Hewlett-Packard board member who commissioned the yacht, which was built by the Italian company Perini Navi at its Istanbul shipyard.

The Maltese Falcon boasts three DynaRig self-standing and rotating masts which host 15 sails, for a total sail area of 2,400 sqm. All can be controlled by a single person on the helm station through a computer system.

The 15 square sails are set between the yards in such a way that when deployed there are no gaps in the sail plan of each mast, enabling them to act as a single airfoil.

As there is no rigging, the 57m-long masts and yards can be rotated without restriction for all points of sail.

The ship, sold by Mr Perkins in 2009 to an undisclosed owner for around €85 million, has a crew complement of 18 and can host up to 12 guests.

It includes a gym, a spa, a hairdressing salon, and six cabines, two of which are suites.

The naval infrastructure was created by Gerard Dijkstra while the interior and exterior finishing were desgined by Ken Freivokh.