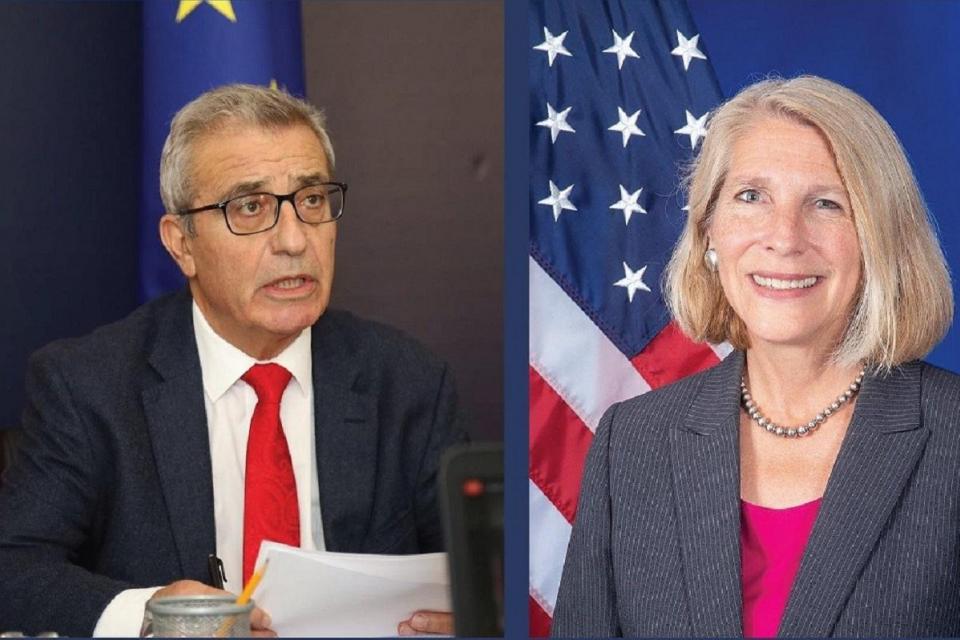 The United States appreciates the Maltese Government’s efforts to implement the Financial Action Task Force’s (FATF) action plan, according to the Ministry For Foreign Affairs.

The Ministry said the US communicated its approval during a telephone conversation between Foreign Minister Evarist Bartolo and Karen Donfried, the US Assistant Secretary of State for European and Eurasian Affairs.

The FATF – a global organisation tasked with fighting money laundering (AML) and the financing of terrorism (CFT) – added Malta to its list of jurisdictions under increased monitoring in June 2021, after it highlighted serious shortcomings in the country’s approach to AML and CFT.

The Ministry said Ms Donfried lauded the Government for its strengthening of good governance in the areas of democracy, the judiciary, finance, and freedom of the press

She is also said to have conveyed her appreciation for Malta’s efforts in the field of maritime security to counter blue-collar crime at sea, while she also looking forward to working together at the Security Council should Malta’s bid to become an elected member for the period 2023-24 be successful.

Minister Bartolo and Ms Donfried agreed that the United States and Malta should continue to work together wherever technical assistance is needed to strengthen the necessary reforms. It was also agreed that the two countries would work together for the development of renewable energy and the need to protect the country’s energy sovereignty.

Earlier this week, Prime Minister Robert Abela announced that Malta had completed an action plan to get itself removed from the grey list.

Read next: Reduce VAT to ensure Government does not profit from inflation, SME Chamber says