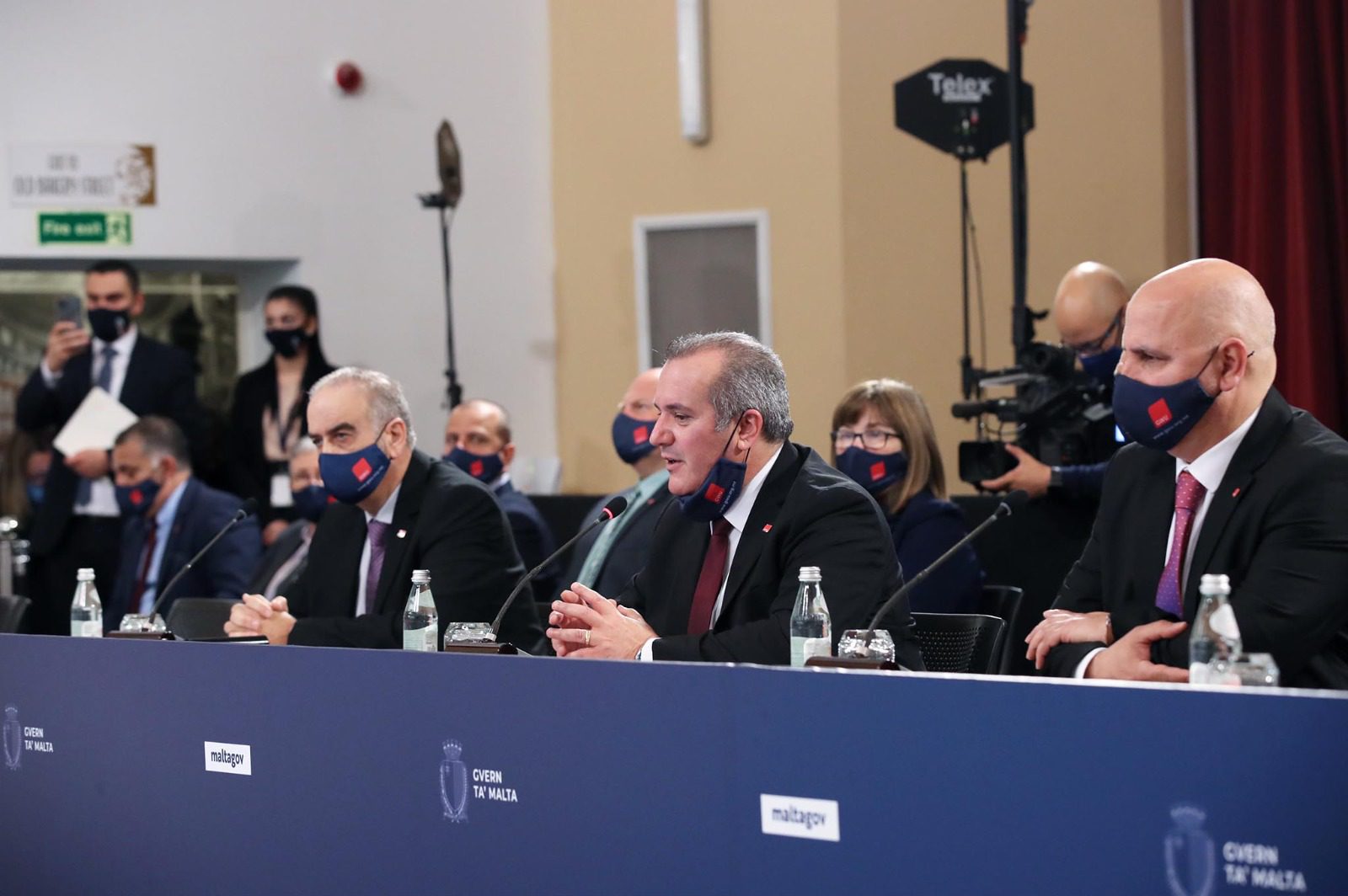 The General Workers’ Union Malta (GWU) hosted a special Cabinet meeting at its headquarters on Monday morning, where it discussed the challenges of the pandemic and acknowledged “the progress made in recent years”.

Union President Victor Carachi called the meeting a historic day for the GWU, and acknowledged that “the country has made great strides in the last eight years where poverty has fallen drastically, wages and pensions have increased, minimum wages have been raised and now rent reform has been announced”.

Addressing the challenges of the pandemic, Mr Carachi warned that it will not be easy to reconcile health and the economy, but said that Malta is in a better position than many of the country’s larger neighbours.

On his part, Prime Minister Robert Abela proclaimed the importance of “worker’s participation”, to help achieve the Government’s economic vision.

Dr Abela reiterated that Government initiatives over COVID have been effective in the securing of jobs.

In the last few months, he said, the Government has “paid hundreds of millions of euros in wage supplements and quarantine leave”, to the tune of €336 million.

Dr Abela also addressed the importance of discussions around work-life balance that have come to the forefront in recent months as issues around remote working arrangements have arisen.

Indeed, at the start of January, the GWU waded into remote working discussions by calling for careful regulation of remote work.

Other issues discussed at the meeting were those around the creation of green jobs, urban development and renewable energy. On these topics, the union called for alternative mass transport and more incentives for electric vehicles.

Also speaking at the meeting, GWU secretary-general Josef Bugeja addressed the socio-economic problems facing Malta and said the GWU is looking beyond the pandemic and forming a philosophy based on social justice.

To do so, he said the union believes the pillars of progress will be education, decent jobs in a modern world of work, the environment, quality of life, and the economy.

He emphasised that education is the best way to eradicate poverty and called for more cooperation between the education and industrial sectors.

Furthermore, Mr Bugeja calls for more transparency in wages, claiming that this will help combat abuses and forced union membership.

He also issued a call to arms for Malta’s citizens to fight poverty, saying “we need to work together to address the inequalities that exist in the workplace”.

Concluding, he commented, “as the GWU we are proud to be part of Team Malta. We don’t mind at all that in the workplace, nationally and even globally we always speak for Malta and how our society should evolve”.

Read next: What are the best paying sectors in the EU and how does Malta compare?