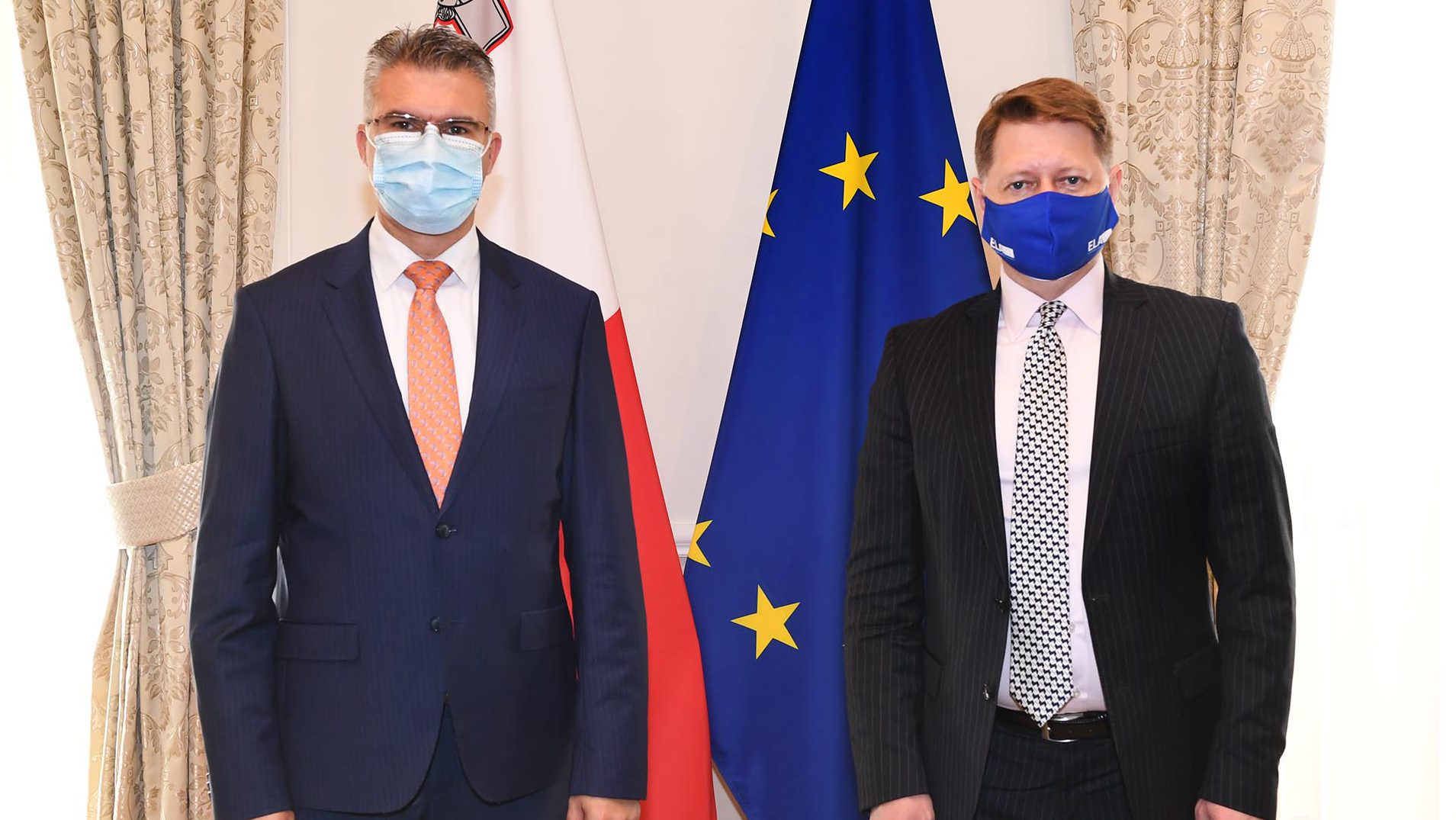 Cosmin Boiangiu, Executive Director of the European Labour Authority was welcomed by Minister within the Office of the Prime Minister, Carmelo Abela, when visiting Malta as part of his EU Member State tour.

Mr Boiangiu, who recently took over at the ELA, is currently visiting all European Union member states as part of an assessment of labour market and labour mobility-related practices in EU member states, primarily in the context of the challenges brought about by the pandemic.

During his talks, Mr Boiangiu highlighted the ELA’s primary goal of applying a bottom-up approach, by meeting all member states, with the intent to grasp an understanding of the different national operations further, focusing particularly on the mobility of EU workers across member states. In addition, the ELA also aims to look at the situation regarding employment and in which way EU and Third Country Nationals are contributing to the economic development of member states, with a view of reducing the phenomenon of unregulated work.

Minister Carmelo Abela shed light on the work the Department of Industrial and Employment Relations (DIER) carried out during these challenging months of the pandemic and how Malta adapted to this challenge, also by saving thousands of jobs thanks primarily to the COVID wage supplement.

Minister Abela also mentioned the work that is being done to implement EU Legislation and Directives with regards to conditions of work.  He expressed his wish to work closely with the ELA to have a coordinated and practical approach at the same time, across Europe.

To have social partners informed about the ELA’s work, Minister Abela indicated that the Director General of DIER, who sits on the Board of ELA and also acts as Deputy Chair of the ERB, will serve as a reference point for our social partners.

He added that many of the challenges of the future of work relate to new advancements such as the platform economy and the potential re-emergence of seasonality in certain industries, such as the tourism and hospitality industries. In the end, Minister Carmelo Abela reiterated that Malta was willing to cooperate fully with the agency for the benefit of the workers, those who provide work and Malta, also as an EU member state.

The ELA director was shown a presentation by DIER regarding this situation in Malta and the conditions of work afforded to these workers during the pandemic, which led to Mr Boiangiu considering promoting our national model in other member states so as to reach a balanced policy across all member states.

Mr Boiangiu also met with officials from DIER including Director General Diane Vella Muscat and with the Employment Relations Board, including chairman Tonio Portughese and the social partners.

Read next: Further relaxation of COVID measures to be announced ‘in coming days’ – Chris Fearne