In this first post-COVID summer how much are Malta’s most luxurious hotels charging? 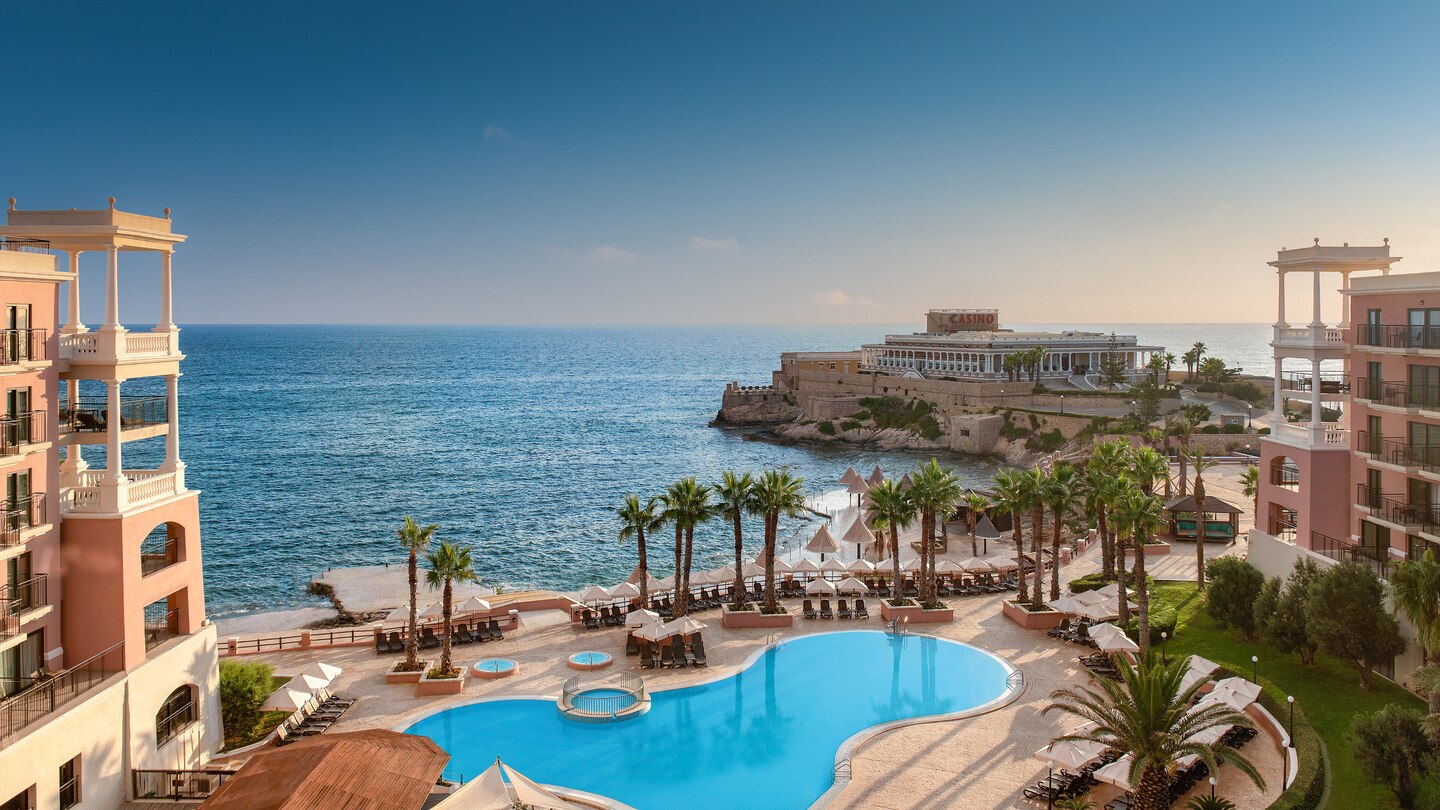 After a crippling two-year period dominated by the COVID pandemic, Malta’s tourism sector is finally preparing for a relatively normal summer as many of the previous restrictions have been lifted.

The country’s luxury hotel sector was especially badly impacted by pandemic-related changes, losing not only leisure tourists, but the previously lucrative business travellers and events as companies turn to remote work.

With this summer seemingly set to bring tourist and business visitors back in a slightly reduced capacity, hotels are gearing up for what they hope will be a lucrative summer.

Malta’s five-star hotels are the créme de la créme of its offering – and also the most expensive.

Traditionally operating at lower occupancy levels, the venues need to balance their prices to ensure they can attract tourists while also recuperating their rather extensive costs.

Considering this, BusinessNow.mt has gathered summer room price data from the 15 five-star hotels listed on the VisitMalta website, to find out the approach the hotels are taking and whether they’re prioritising visitor volume or spend.

To do so, the cheapest nightly rate for the last weekend of May, June, July and August was collected – using the benchmark of a room accommodating two adult visitors and including breakfast.

The cheapest hotel for which rooms were available on all four weekends was the Grand Hotel Excelsior, which averaged a nightly fee of €225.

Ta’ Cenc Hotel is charging €171 nightly on the dates considered in May and June, but its website does not have rooms available on the later two weekends.

The most expensive hotel, according to the data gathered, was the Phoenicia Hotel Malta, where the cheapest room averaged at a nightly charge of €390 for the weekends, not including the May weekend, when the cheapest available room an outlying €1,184.

Room rates were not available for Corinthia Palace San Anton.

Across all hotels, May appears to be the cheapest month to book accommodation (excluding the aforementioned outlier), requiring guest to spend around just under €270 nightly per room.

June was the next cheapest, with a nightly price average of €275, while for July and August hotels quoted an average €301 and €304 respectively.

Overall, visitors can expect to pay an average rate of €279 per room per night at Malta’s five-star hotels.

Full results, as gathered by BusinessNow.mt via the hotels’ own websites on Wednesday afternoon are as follows:

There are a number of important factors to consider when consulting these figures, however.

Firstly, for consistencies’ sake, rates taken excluded any special offers, discount codes, or membership perks, and only collected rates that included breakfast – which generally costed €30-40 at hotels that offered rates without breakfast.

It is also important to note that medium-term hotel prices like those presented above are simply estimates, and that hotels can be expected to change them as the summer situation unfolds.

Finally, hotel prices sourced in this way from their websites are not necessarily representative of how much the establishments expect to charge per room.

Simply put, hotels have different distribution streams, with some focusing more on leisure travellers and others on business travellers.

This effects the rate distribution towards the incoming agent, tour operators and travel agent, and for the franchised hotel, their network booking system.

Typically, BusinessNow.mt understands, hotels expect to achieve an average revenue per room around 18 to 25 per cent lower than that listed on their website.

How do these figures compare?

Comparable data was collected last year – albeit for a smaller number of hotels and not considering May.

Average nightly room rates were €214.5, €240.75, and €242.88 for June, July and August respectively – significantly below the comparable figures reported this year.

Also notably, in the case of all hotels for which the full comparable set of data is available this year, prices were distinctly higher than those in 2021.

The average price among all hotels for which data was gathered in 2021 was €232.70, markedly below the aforementioned €279 calculated this year.

These price increases are in line with global projections made in late 2021, that suggested that rates would  increase by 13 per cent globally in 2022 and a further 10 per cent in 2023.