Project is part of €4 million repair and embellishment project 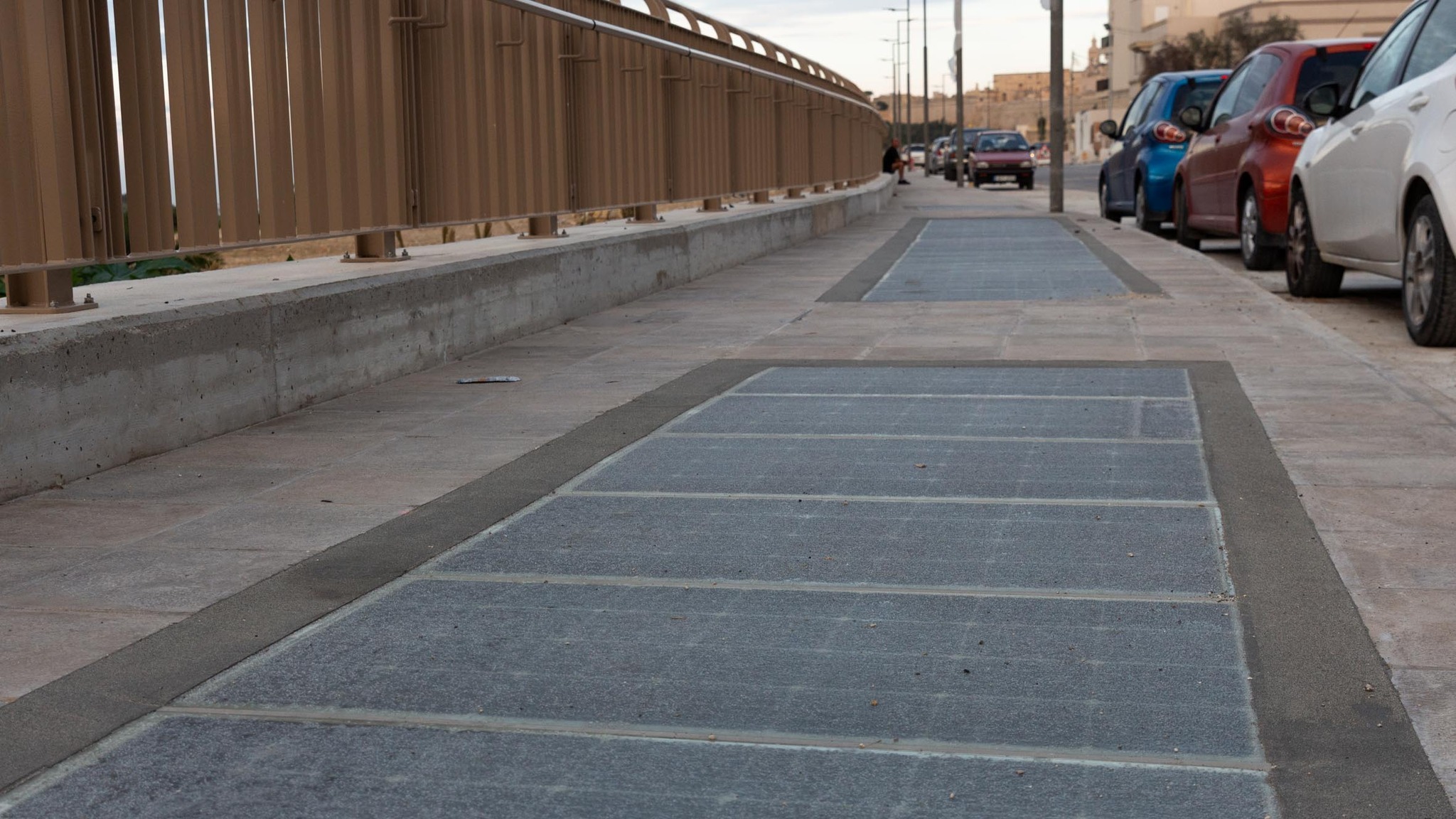 Infrastructure Malta has completed the installation of a solar pavement – the first of its kind in the country – on Għexierem Road in Rabat.

The roads agency said it was in the process of putting the finishing touches on the project, which also includes the embellishment of the promenade, emergency repair works and new electric car charging stations.

The energy generated from the 36 photovoltaic panels that now cover the 40 m2 promenade will be used to power 40 per cent of the lighting on the promenade.

They are expecting to generate 4,600kWh of electricity annually, reducing an estimated 21 tonnes of carbon dioxide from the atmosphere.

The digital display next to the walkway will give pedestrians live updates on the amount of energy generated by the panels and the carbon dioxide emission savings.

The pilot project, which cost €70,000, will be used to determine whether similar systems can be installed in other public open spaces across the country.

The main aim of the wider €4 million project was to stabilise the road and nearby buildings, as there were concerns they were gradually sinking into the valley they face.