‘Ironically, during a pandemic it is easier for a politician to be on stage instead of an artist’ 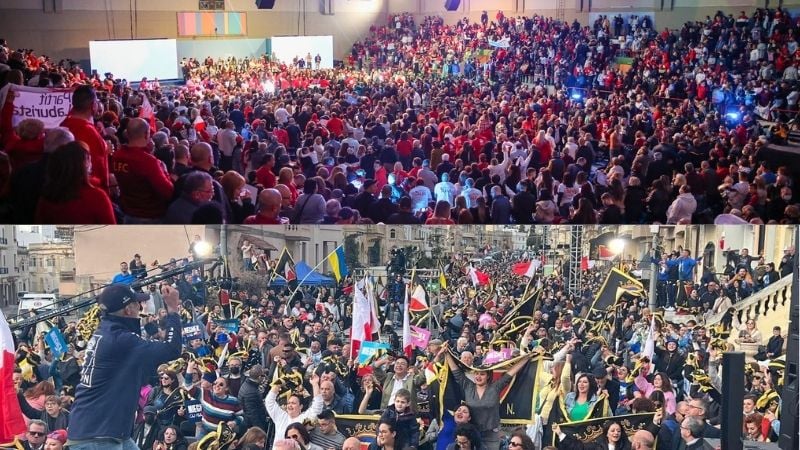 The Malta Entertainment Industry and Arts Association (MEIA) has waded into a controversy where one Government cabinet member attempted to ridicule an Opposition party candidate due to her history as a singer.

Minister for Inclusion and Social Wellbeing Julia Farrugia Portelli, in a heated exchange with Nationalist Party candidate and former singer Julie Zahra – perhaps best known for her participation in the Eurovision song contest, told the latter “we are not singing on a stage here” during a televised debate.

Defending the attempt at ridiculing an artist, the MEIA has called out Ms Farrugia Portelli, but also took the opportunity to call out the behaviour of politicians during the current election campaign over the rallies taking place, as Malta’s events industry continues to face severe restrictions.

Indeed, standing events are only allowed to take place from 10th April, and, despite politicians’ insistence that political rallies ahead of the 26th March election adhere to COVID restrictions, pictures of maskless people standing together in crowds, has left stakeholders and operators in Malta’s events, entertainment and arts industry angry at the different standards.

Honing in on this, the MEIA wrote in a statement:

“Ironically, during a pandemic, it is easier for a politician to be on the stage, instead of an artist being on stage to perform as part of their work. It is clear that there is a lot of work to be done so that the arts are perceived as professional work, and are included in our society.”

Indeed, many establishments around the island have taken the law into their own hands, so to speak, as BusinessNow.mt can confirm that several standing events took place across the island over the weekend without being disturbed by the police.

One event organizer, speaking on condition of anonymity, said it is completely absurd that police began to close an eye once they saw that Government officials and politicians are not even adhering to COVID protocols themselves, due to the election campaign.

Other events industry stakeholders who do not wish to breach regulations are simply left in the lurch until mid-April, as others willing to take the risk are finally in a position where they can generate some business.

Read next: Liquigas confirms it has secured gas supplies ‘to meet demand in Malta for foreseeable future’