Leading with purpose through good times and bad: Nathan Farrugia on leadership and mental health 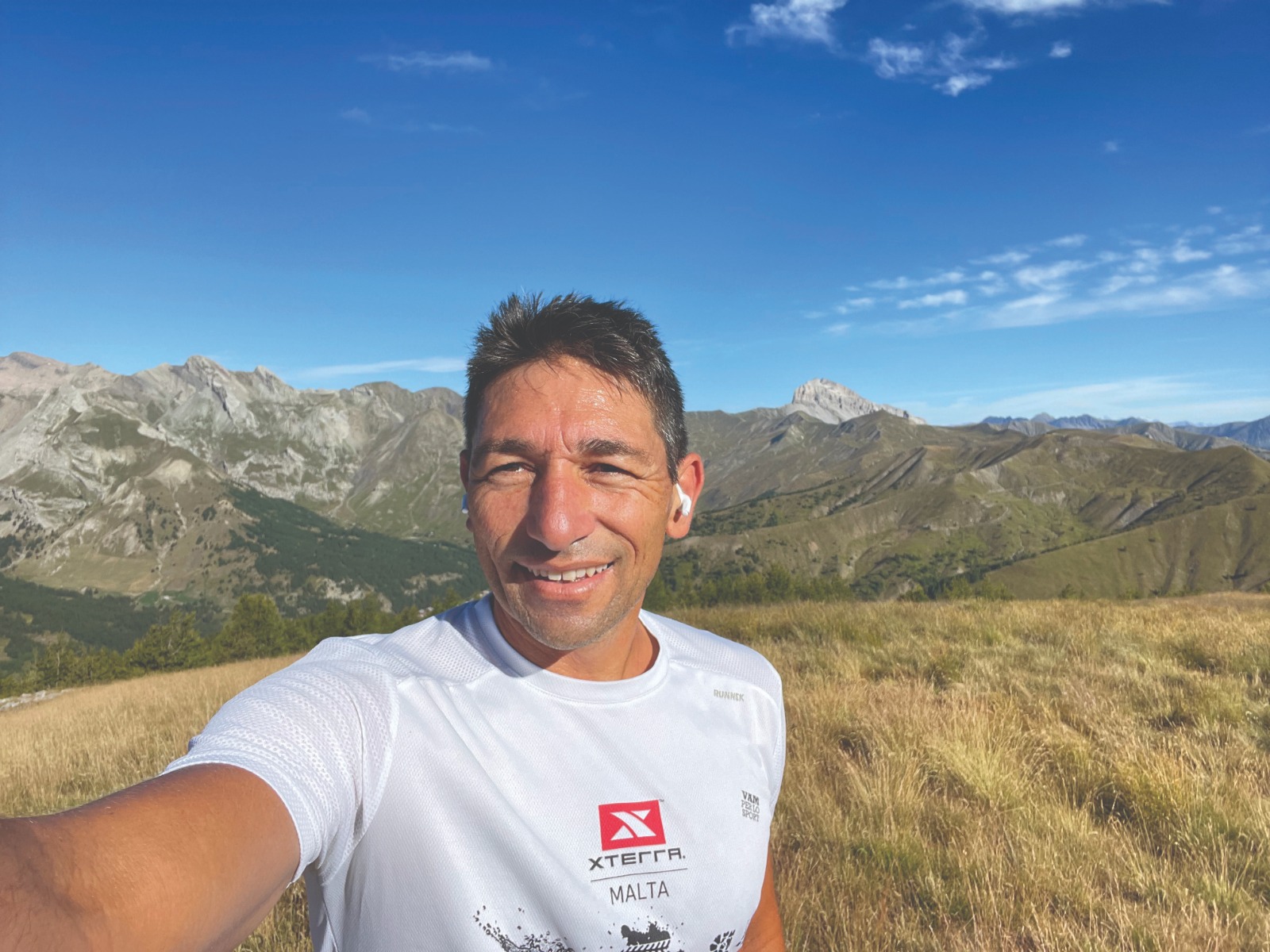 2021 has been a tough year for everyone, not least for business leaders, CEOs and entrepreneurs. Yet while the difficulties have been many, through his work as a business coach and his own experience as a CEO, Nathan Farrugia considers the primary struggle that business leaders and decision makers have faced since the start of the pandemic to be insecurity.

“It’s sort of hedging your bets,” he explains, describing the insecurity, or hesitation around making decisions which are going to have long-term effects, without having an inkling or understanding of what the long term might be.

“What happens is that personality kicks in – if you’re risk averse, you’re going to hold on more tightly to what you know, while if you’re more likely to be creative and exploratory, you’re going to take initiative. This is where your leadership style affects the way that you make decisions,” he notes, speaking of the way different business leaders reacted.

And now, almost two years since the outset of the pandemic, he looks back on the different stages of how businesses, and the people leading them, adapted, starting from the initial ‘needsmust’ reaction. “We found ourselves going digital very quickly, and most organisations adapted to that quite well. It was a good baby step to the more concerted, strategic changes that people needed to make,” he maintains.

Discussing the ways in which the situation is different today than it was in the weeks and months directly following the onset of COVID-19, Nathan affirms, “when you are threatened, your survival instinct kicks in, and some people perform better in these stressful situations, particularly if they are in leadership positions and are used to making decisions.” The focus at first was short term, mostly to do with selfpreservation, he adds, making reference to Nobel Prize-winning psychologist Daniel Kahneman’s definition of the different ways of thinking – that which is fast and instinctive, as opposed to slow thinking, which is more strategic and long-term.

This second type of thinking is what had to happen after the initial stage of dealing with the pandemic, Nathan says, affirming that the first instinct worked well among local business circles, while the second phase less so. “Why? Typically, we don’t have enough practice. The way we generally run a business is to yearend, so we’re not very good at actually thinking longer term, and then, when it becomes blurry in terms of what the world might look like and what the outcome might be, we get lost,” he says.

CEOs today are also dealing with a shift in mindset among employees, Nathan continues, in favour of a better work-life balance. “This is something that clearly came out of COVID, and some business leaders struggled with it. The mindset shift is good, but it’s also a bit sad, because I think that we shouldn’t need COVID to tell us that we need a good work-life balance,” he affirms.

On the subject of work-life balance, Nathan makes an interesting observation, drawing on his work at VISTAGE, which tracks the experiences of CEOs. Morale and motivation for business leaders, he says, generally follows when it comes to their personal and business lives.

“When you’re the leader of an organisation, typically if you have a bad day at work, you have a bad day at home – it follows you. But when COVID struck, there was a split – personal life actually got better as business life got worse. It’s interesting, as many were saying ‘well, my business is down the tubes, but actually I’m spending more time with family, I’m in a good place, finding time to train because I’m not always stuck in traffic, etc,’ and now that it’s all started to come back as people move back to the office, the two have started to come back together again, which is sad,” he observes.

Going on to explore the main ways that the pandemic has affected the role of the business leader and CEO, Nathan believes that it has changed considerably.

Noting that the role of the business leader has had to become more decisive, he reflects, “over the last years, we’ve seen that leadership has become more empowering and engaging – a leading from the back and lifting people up kind of style which has become more prominent, less the ego-driven alpha male type stuff we used to see 10 to 20 years ago. But I do think that some of that needs to come back in, where people are going to have to make decisions where other people are floundering, and I think that there is a role for this decisiveness that business leaders need to re-find.”

For good or for bad, the business coach affirms, “a decision is much better than a non-decision, even if it’s the wrong one, at times.”

The second way in which the pandemic has affected the role of the leader is in relation to communication, he continues. “In the past, we’ve seen leaders make decisions only with their peers or at C-suite level – now, the need to communicate downwards is more important, especially if you have a hybrid workforce,” Nathan says, highlighting the importance of finding ways to reach out and communicate more effectively, and also to listen to employees. “It’s also compounded with the fact that you’re not communicating with your customers as much,” he continues, illustrating the difference between retail customers going to a shop and communicating their needs versus buying online.

Reflecting on the unexpected positives of the period, Nathan, being studious of human nature, considers the past months an opportunity to really experience how human beings behave under stress. “To see people become more selfish is something I expected to see, and also on the flipside, seeing people become more altruistic and mindful of the social needs of employees, the community and flexibility around illness, and understanding priorities when parents had kids at home for example; through these instances, understanding and emotional intelligence came out quite strongly, and it was uplifting to see,” he maintains.

“What is perhaps more surprising though is how quickly we seem to be returning to the pre-pandemic ‘normal’ from a mindset perspective, whereas I would have hoped this flexibility and regard for well-being and mental health would have lasted a bit longer,” he continues. Denigrating what he calls this ‘let’s get back to work’ attitude, he maintains, “I think those businesses won’t survive – they’ll lose people, they’ll lose customers, and in the long term, unless they adapt and change, they’ll be redundant.”

Revealing the main lessons that have come out of the pandemic for business leaders, Nathan says that chief among them is that “we’ve got back in touch with our humanity – let’s make sure we hold onto it, and don’t go back to being data-driven, robotic thinkers.”

Apart from that, he affirms, “let’s also understand that the world is more volatile, and therefore we need to be careful with the decisions we make in relation to cash-flow and overstretching ourselves. Let’s be more focused on investing in sustainable practices rather than quick fixes, and let’s make employment an experience rather than just a list of tasks to do.”

And now that the festive season is drawing nearer – a time in which many take a much-needed break, I ask about methods business leaders can adopt to help rejuvenate their mental strength and focus, in time for a fresh 2022. But Nathan has a slightly different take.

“Taking time out or going on holiday to rejuvenate and recharge the batteries, for me, is not enough,” he stresses, describing the ‘excuse’ of Christmas, or mid-term, as “what society has created around the on-off switch that we use when it comes to work – a bit like the sevenday week (five you work, two you don’t).”

For Nathan, it’s about day-to-day habits. “Those that find the time to meditate, for example, or exercise, sleep enough, eat healthily, nurture relationships rather than just answer emails, have meaningful conversations rather than just meetings – those are the people that don’t need a ‘holiday’ – for them, the holiday is something that they will enjoy, but as a stress-reliever, it’s less important. Those who are, on the other hand, using holidays to recharge their batteries, probably don’t have the right practices on a day-to-day basis,” he explains.

The upcoming festive season, the business coach continues, particularly if you suspect that you fall within the latter group, can be an opportunity to draw a line in the sand and say, ‘as of next year, I am going to change the way I live’. Having said that, he highlights, “the idea of picking an arbitrary date from which you’re going to change things doesn’t make sense – if this is a decision you’re going to make to be healthy, you should do it tomorrow, and not wait till the end of the year.”

Finally, Nathan goes on to share some of the techniques he uses to recentre and regain focus in periods of stress, with the first being actually finding the time to do it. “Most people procrastinate when it comes to this, but I’m very strict about finding time to reflect on a weekly basis,” he reveals. Apart from that, he considers his monthly VISTAGE sessions a great help, giving him the opportunity to discuss work issues while being away from the office. “I recommend it to any business leader to find a peer group that they can use as a sounding board,” he advises.

But on a personal level, for Nathan, the main thing is the discipline of the habit – “it’s exercising every morning, and thinking about my plans for the day while I’m doing that, or listening to an audiobook to catch up on the latest methodologies or whatever subject I’m interested in at the time… it’s finding the time to be a better leader, to learn and develop and grow, as well as to relax and get my blood flowing and prepare for the day.”

“It’s also accepting that we’re not perfect,” he continues, explaining that “there are days when we’re going to be stressed out, when we’re going to skip our free time or knuckle down and do extra work because it’s needed, and we don’t need to beat ourselves up because we just happen to not spend enough time with the family, for example, that week. What’s important is that it’s not sustained – that we are finding time to do get those breaks if we’re going through a stressful period.”

Ultimately, the most important thing is to be self-aware, Nathan concludes, advising business leaders to think of the ‘now’. “What are you doing now, that is within your control, that gives you some sense of purpose? We’re always worrying about what if, or what’s already happened – our brain is always thinking about the future or the past, which we can do nothing about. It’s a waste of energy. Really, it’s about thinking about what you’re doing now, and how you can make that meaningful – being more present in the moment.”

This feature was first carried in the December edition of Business Now magazine, the sister brand to BusinessNow.mt, produced by Content House Group.

Read next: ‘Our education system is keen to eliminate the independent thinkers,’ says Perit Konrad Buhagiar