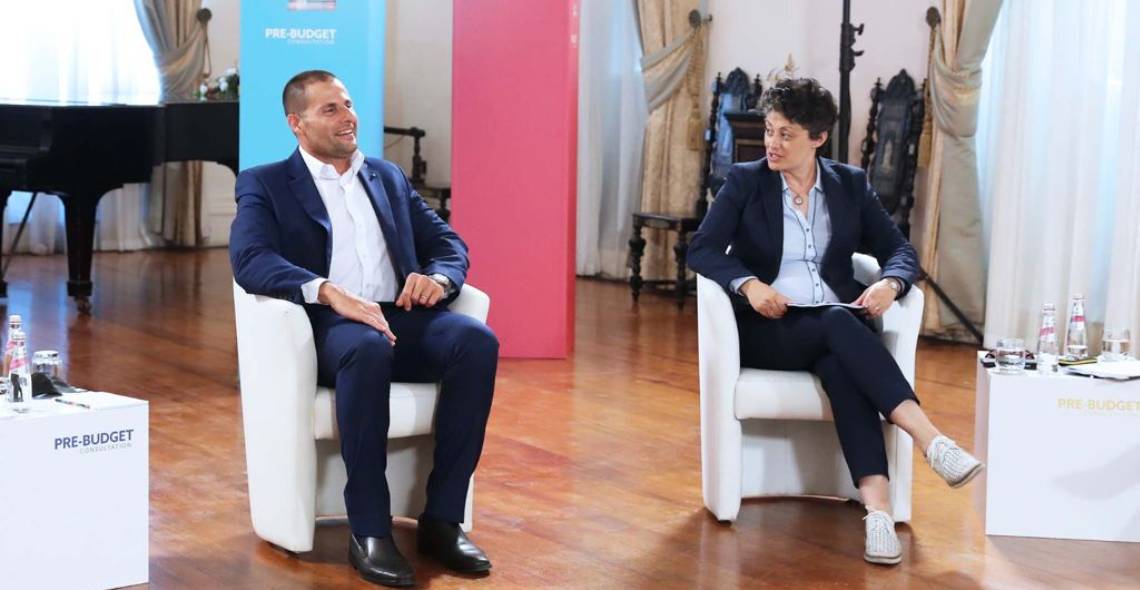 Ahead of the impending release of Malta’s 2022 Budget next month, The Malta Chamber has presented its pre-budget proposals to the Prime Minister and members of his cabinet, with its proposals notably seeing it join calls for the addressing of a “constant increase” in public sector employment.

A situation where Government is indirectly soliciting human capital from the private sector, it said, runs contrary to business competitiveness, and as such it proposed the possibility of secondment of underemployed resources to the private sector and the limiting of employment in the public sector for one year before the reaching of a Government term limit.

More generally, the business lobby group called for a budget addressing immediate business needs, while also paving the way for a long-term vision.

“Next month’s budget needs to determine the country’s foreseeable future by addressing immediate challenges the country is currently facing”, the President of the Chamber Marisa Xuereb said while introducing the proposals.

“The Chamber once again calls on Government not to embark on a populist agenda, a so-called electoral Budget, but one which directs the economy towards recovery with difficult decisions expected to be made in 2022.”

Aside from the aforementioned measures combatting a perceived labour drain from the private sector into the public sector, the Chamber also called for a streamlining of existing quarantine procedures for those travelling from specific countries.

Furthermore, it also proposed the introduction of more measures to retain foreign workers by establishing a citizenship pathway for those who wish to become Maltese citizens and allow for family reunification.

To assist companies who require human resources from, or have contracts of work in third countries, the Budget should also include the installing of a testing and vaccination facility within embassies in corridor countries with frequent direct connections to Malta as well as to the third countries of interest to Malta, the Chamber suggested.

Also regarding COVID and its related risks and mitigations, the group insisted that the additional seven days of quarantine leave for non-vaccinated employees should be taken from personal leave (excluding justified cases on medical grounds).

The Chamber called for the streamlining of cross-Governmental departmental data and the rendering of support and funding schemes to be more business friendly, in order to reduce the administrative burdens and bureaucracy for enterprises.

The pre-budget document also emphasised the importance of establishing a centralised due diligence body, with all the relevant intelligence, access rights and international connections to evaluate every new investor, shareholder, or ultimate beneficial owner before they’re accepted to do business in Malta.

On a broader basis, the Chamber advocated for the “immediate” embarking on a demographic carrying capacity analysis, mapping out solutions for spatial developments and planning, labour market and economic vision.

The final proposal highlighted during the presentation was the introduction of revised Night Tariffs to assist manufacturing, retail and HORECA segments. These should be available at a lower energy consumption threshold and need to have a higher advantage over the daytime rate, according to the Chamber.

Presenting these proposals, The Malta Chamber’s CEO Marthese Portelli also specified “the need to adopt a more ingrained microstate policy mindset and the need to start a proper discussion dedicated to the specific permanent handicaps of island states within the European single market.

“Malta is increasingly facing supply chain challenges, coupled with potential emerging ones deriving from discussions at OECD level to introduce a global harmonised corporate tax, limiting the country’s manoeuvrability in terms of attracting and retaining foreign investors on the island.”

Dr Portelli further commented that “the recognition of Malta’s island state revamped status within the ambit of EU Competition Policy will provide fiscal manoeuvrability on investment aid and assistance addressing cross-country logistics and transportation. It is therefore essential that a national case is presented to the European Union reflecting Malta’s insularity, peripherality and small market size”.

Some, including the limit on public sector employment, are largely in line with those made by other industry bodies, including the Malta Employers Association (MEA).

On the other hand, in releasing its budget proposals, another key business interest group, the Malta Chamber of SMEs focused more on the cutting of unreasonable administrative and bureaucratic burdens placed on businesses in the country.