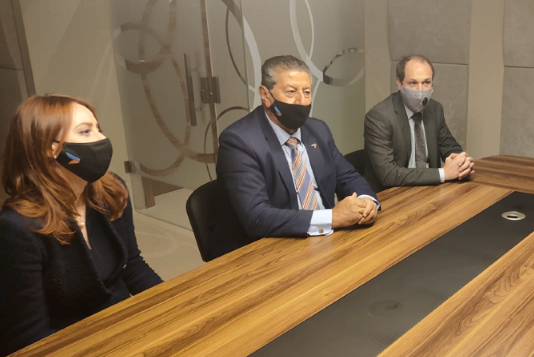 The Chamber of SMEs has called on Government to do everything it can to improve what it described as an “impossible” banking environment, saying that the restrictions, delays and fees faced by small businesses are unsustainable.

In a press conference presenting its proposals for the 2022 Budget, the SME Chamber said the “adverse banking environment” needs to be addressed, including through the creation of a supervisory board for banking services and the drawing up of a charter for banking services.

The organisation’s president, Paul Abela, said that the Malta Development Bank (MDB) had “made some noise” through the COVID-19 Guarantee Scheme, but said that banks had found a way to get around the system to ensure they “took their bit”.

“These efforts are not enough,” he said. “The MDB needs to be more aggressive. We need more direct competition.”

He said that Malta Enterprise’s recent initiative whereby it issues soft loans to businesses for investments not typically supported by banks was a great start, and called for more developments of the sort to give businesses more choice when it comes to financing.

Similarly, he called on the Government to strive to obtain a derogation from European Union rules to allow the MDB to get into direct financing. Currently, it can only work in partnership with commercial banks.

Abigail Mamo, the Chamber of SMEs’ CEO, outlined some of the difficulties bank customers are facing on a daily basis, starting from the opening of an account, which can in some cases take up tow nine months, she said.

“How is this in any way reasonable? In other European jurisdictions, these things take under a week.

“Even if you have an existing relationship, it is today harder to get a loan or overdraft.”

For relatively simple transactions, businesses also face barriers, she said, with a fee on cheques as well as electronic transactions, while cash can no longer be simply deposited, significantly affecting cash flow.

Meanwhile, payments sent to suppliers abroad, which used to take one or two days, now take up to a week, affecting the business at every level.

The Chamber of SMEs made it clear that these issues, which existed previously, had taken a serious turn for the worse after Malta’s inclusion in a list of country’s subject to enhanced financial supervision by the global Financial Action Task Force (FATF), better known as the grey list.

Ms Mamo pointed out that Know Your Customer (KYC) requirements had increased significantly, placing an outsized burden on SMEs.

“Most business cannot afford to have a person employed just sitting there filling out reams of forms,” she said.

“Certain burdens and certain pressures are not justified,” she continued.

She identified the Malta Business Registry as one agency that should provide a more user-centred experience.

She said the introduction of new systems and requirements had placed a lot of stress on small businesses, not all of which were able to comply on time and correctly.

“Dishing out harsh fines is useless in these cases. It should work hand in hand with businesses to ensure greater compliance. It needs to be more user-centred.

“What does fining do but hurt business just to send a message?” she asked.

Picking up on this thread, Mr Abela made a serious appeal to the Prime Minister and the Minister for Finance for “things to happen as they should”.

Noting that there have already been indications that small businesses were being “picked on”, he insisted that the process to get off the grey list should be fair and equitable for all.

“Don’t turn on small businesses,” he said. “This should be like the court – no one should be untouchable.”

Full list of the Chamber of SMEs Budget 2022 proposals to be published shortly.