‘Malta is a country that deserves respect, filled with real people that take pride in what they do’ 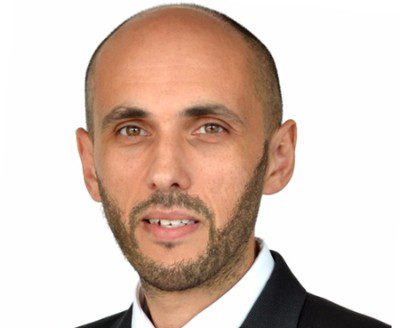 With Malta having finally received an official pass mark from Moneyval this week after the country’s shock failure in a 2019 test, stakeholders in those industries most directly affected breathed a collective sigh of relief.

Amongst them was Wayne Pisani, who heads the regulatory and compliance operations and the financial service tax and regulatory team at Grant Thornton Malta and who told BusinessNow.mt that he found the news very positive.

He was especially pleased with the fact that Malta received no non-compliant or partially compliant ratings in any of the 40 categories assessed which is “obviously something we should be proud of”, and said that the country should maintain these high levels and continue working in the right direction to attract foreign investment.

Despite his optimism around the result though, reflecting on the years since the failure, he decried that a “public denigration of Malta” has occurred in public and political discourse.

The focus, he argued, especially in the political arena has been on certain incidents, rather than on the country as a whole.

“It’s just negativism, negativism and negativism which portrayed the [non-compliant] exceptions as a rule”, the country was “unfairly judged” in overly negative coverage of the failure, he said.

“Whether considering the bankability of the country with respect to its culture and society – or the important components of its economy, like tourism”, it is important to consider the breadth of different people, companies and industries, that are affected, he insisted.

“Malta is a country that deserves respect, filled with real people that take pride in what they do”, he said, and despite the few companies in the few sectors that let Malta down, the country should not have been tarred with the same brush.

Mr Pisani is also concerned that Moneyval’s continued heightened scrutiny of the country, as specified in its report, would see optimism around the result give way to negativity. Instead of this, he insisted that the report should be acknowledged for the fact it has more positives than negatives.

In the immediate future, he reiterates that the result was positive, but insists this does not mean the country can “sit on its laurels”. Instead it needs to continue working and adapting as the business landscape changes.

He also believes that it is essential that the country works towards changing the perception around it, to reflect the empirical conclusions of the Moneyval report.

It is essential, he says, that in the future, Malta’s “collegiate society” is respected, “for the good not only of the business community, but also Maltese citizens and residents –and all the people who take pride in the beauty of this country”.

Read next: Inbound tourists arriving without a PCR test or vaccine certificate to be charged for mandatory quarantine