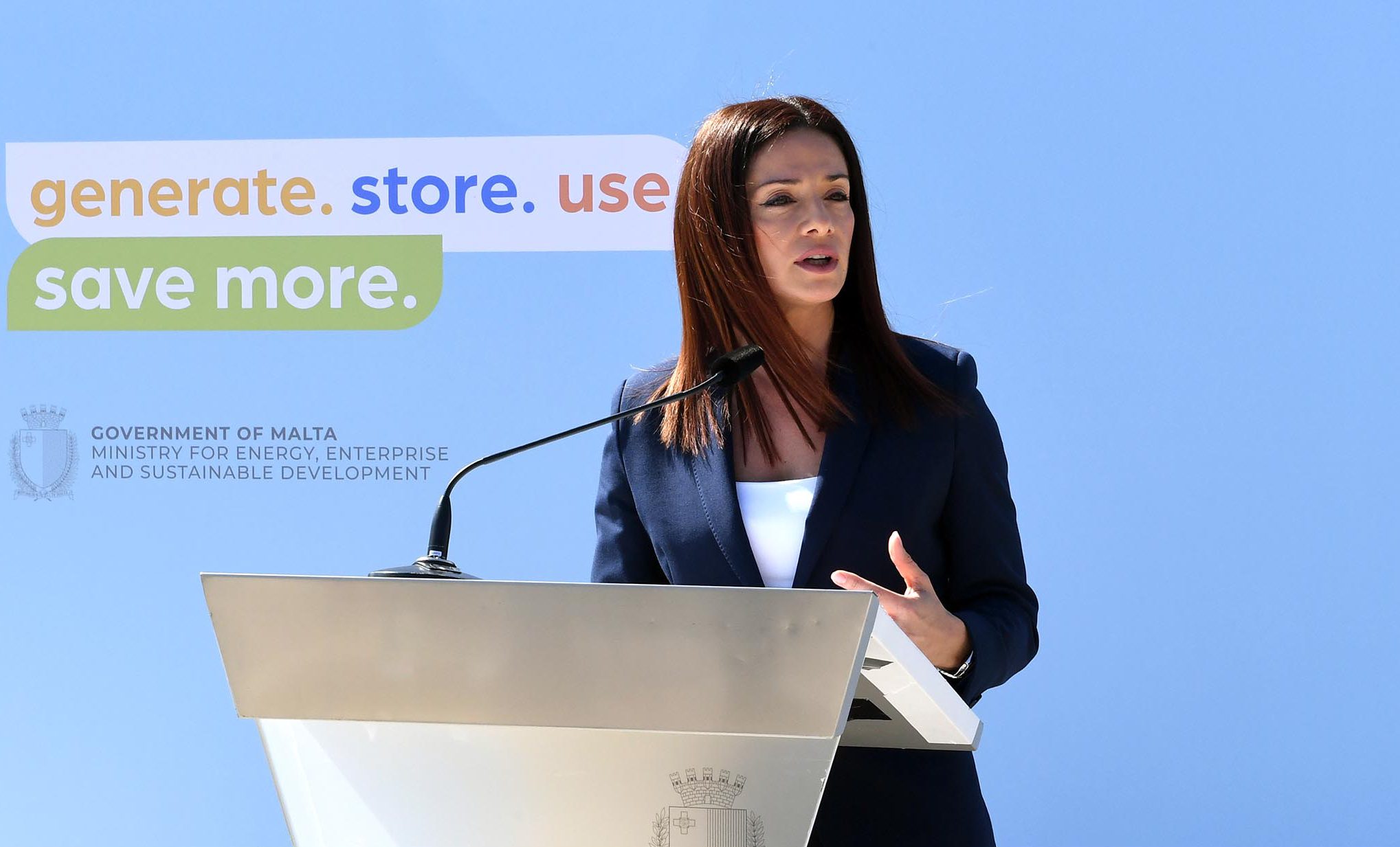 New schemes for using renewable energy from homes will provide €9 million to Maltese and Gozitan families, Minister for Energy, Enterprise, and Sustainable Development Miriam Dalli has announced, describing the initiative as the largest investment in renewable housing.

The announced investment addresses a 2021 Budget measure and, additionally, Minister Dalli announced a number of new schemes for families to invest in solar energy to generate, store and save on their domestic electricity bills.

Those whose scheme has expired after six or eight years will start to benefit from the current feed-in tariff system for 20 years. “This practically covers the panels’ lifetime.”

“In recent years, we have made considerable progress and have reached the European target of 10% renewable energy by 2020. This gives us greater courage to be ambitious and move in that direction. We will continue to offer good schemes for families and businesses so that they may have the opportunity to invest in clean and renewable energy,” said Minister Miriam Dalli.

The schemes offered are intended to address people’s different needs and to consider those who have already invested in order for their investment to continue to pay off.

There are also better opportunities for those who want to invest in batteries to have a domestic energy generation system, storage, and usage according to when they need it, including at night, the Minister stressed.

“We are encouraging people to be more efficient and sustainable. We need to help them invest in cleaner energy, have lower bills, and be at the center of the change we are making,” she said

Read next: Process leading to changes in Malta’s Labour and Employment Act launched