As long-running dispute on funding comes to a close, the future looks bright for cooperatives 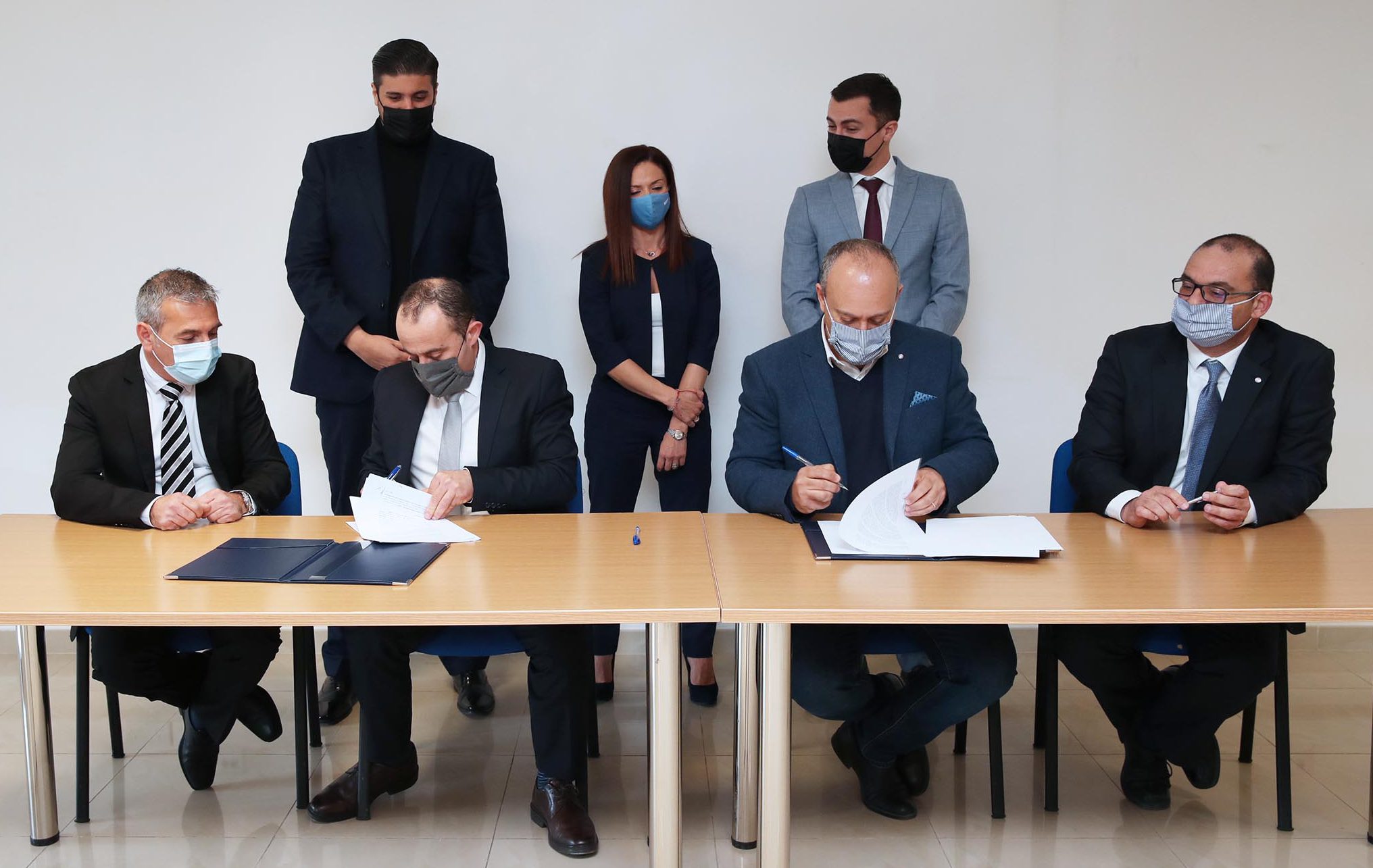 The Central Co-Operative Fund (CCF) receives 5 per cent of cooperatives’ surplus. Profits made by cooperatives are not subject to corporate tax in Malta, with the income only taxable on an individual basis if or when such profit is withdraw by the members.

A report by the National Audit Office in 2019 found that the CCF Committee entrusted to evaluate claims for funding by cooperatives has been at the centre of disputes, especially related to concessions of premises and favourable lease agreements granted to one association. The report found that the Committee “did not sufficiently safeguard Government’s interests” through these deals.

The report also found that “since the inception of the second cooperative association in 2012, constant disputes characterised the sector”.

The agreement signed yesterday is meant to bring these issues to an end and drastically reduces the role of the CCF as 70 per cent of each association’s member’s contributions are now to be returned to the respective association. This will be backdated to 2012.

The agreement, signed by the CCF, Koperativi Malta, the Malta Cooperative Federation (MCF) and the Government, will be ensuring the good governance of the funds and that they are used efficiently and properly, said Minister for Energy, Enterprise and Sustainable Economy Miriam Dalli, who added that “past mistakes cannot be repeated”.

She called for a spirit of cooperation and collaboration and held that there is no doubt that cooperatives play an important role in our society, so that, for example, food prices are fair, and products are of good quality.

Also speaking at the signing of the agreement was Minister Silvio Schembri, who remarked how from his first days as Minister for the Economy and Industry he acknowledged that if the situation of past injustices will not be resolved and no agreement reached between all parties, it would remain a stagnant movement.

Minister Schembri mentioned how with this agreement, past injustices that go back to 2012 are over. He said that through the agreement the Central Cooperative Fund awarded €625,100 as compensation to the MCF for lack of financing while Koperattivi Malta received the sum of €140,000 as compensation for claims made for the past years.

“This means starting a new page in this field. We are not only speaking about the aspect of financing but also assistance related to the operation of cooperatives. This would lead to members and operators who form part of a cooperative, benefitting from an organisation and a service that provide a fairer income for their work.”

Much of the conflict centred on the fact that the MCF was not provided with funding by the CCF despite repeated applications. Until 2018, the Federation was not receiving any funds from the CCF.

Speaking to BusinessNow.mt, MCF president John Mallia says that his association is “very pleased with what has happened”, noting that the MCF had been discriminated against in the past.

“The fact that we received no funding meant that we couldn’t do as much as we wanted. Now we’re looking forward to investing a lot of effort, not just in helping our own coop members but also reaching out to potential new coops from different areas of the economy.”

Asked to explain the historical background to the issue, Mr Mallia explains that in 2012 there was only one association representing coops, but due to divergence in opinion on a number of issues, some members split from Koperativi Malta to set up MCF.

“The idea was to engage in starting up new coops in different economic sectors, even new ones,” he says, pointing out that while Koperattivi Malta works on behalf of its members mostly in the agricultural and fisheries sector, more was needed when it came to new wave coops.

He believes the new way of functioning, whereby the CCF will be financing the two coop associations, will allow the sector to approach the future on more secure footing.

He stresses that there is no bad blood between Koperattivi Malta and the MCF. “At the end of the day, we have always been of the opinion that you can achieve unity through diversity,” he says, pointing out that the two associations, with their different members in different sectors, also have different needs.

Looking forward, Mr Mallia says the Federation will be investing to exploit the full potential of coops.

“Unfortunately, the coop model is still not widely used locally,” he says, contrasting it with the global situation where one in every six persons is a member in a coop.

“This agreement is important because we see a huge amount of potential for the coop business model to be more widely used in different areas of the economy.”

He points to one of the MCF’s members, the Malta Maritime Pilots Coop, the country’s biggest cooperative. “I myself come from a media coop,” he says, “and we have coops in restoration, in transport, in consultancy, social coops, sports tourism. You name it.”

With coops popping up in non-traditional sectors, a queue of potential coops planning to get registered in the coming months, and the requisite funding in place, Mr Mallia is confident that the future is bright for the movement locally, as he says, beaming: “It’s all very exciting!”

Read next: Malta is a three star plus destination and should remain as such: Shadow Tourism Minister blasts MTA strategy