Project would have taken up much of the town's bay 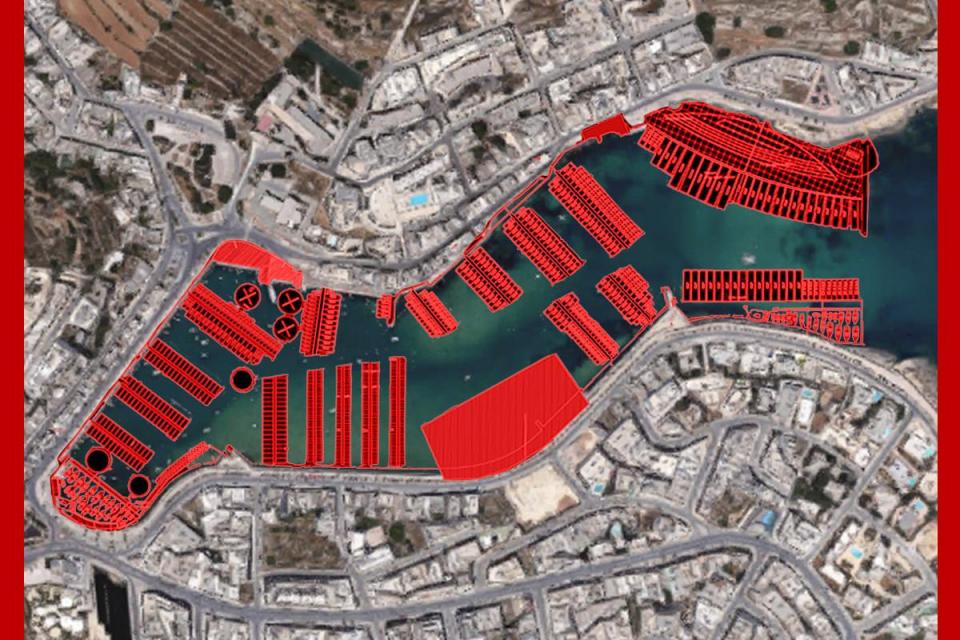 Prime Minister Robert Abela has declared that controversial plans to develop a yacht marina in Marsascala will not go ahead.

Dr Abela made the announcement during an election campaign event in Marsascala, saying he had listened to residents’ concerns.

“I understand that the beauty of this bay is to walk down along the promenade in the evenings and relax. The fear was that the project would kill that,” he said, adding that his decision followed consultation with cabinet colleagues.

“We considered all of this. And the best decision is for this project to stop at once,” he said to widespread applause from the crowd.

Preliminary plans for the marina were first made public by Transport Malta via a pre-qualification document in August last year. The plans indicated that most of the bay would be taken up by pontoons and boat facilities.

In the tender document, the number of vessels berthed in the bay would have been increased by at least 133. The preliminary design also proposed some 3,000 square metres of land reclamation for the construction of parking facilities.

Since they were published, the plans have faced strong opposition by Marscascala’s Labour-led local council – which voted against the marina – as well as various residents’ groups and NGOs.

Speaking to BusinessNow.mt when the plans first emerged, various business owners around the bay had described their mixed feelings about the proposals, saying that while the marina would have brought more business to the area and increased the value of property, it was highly problematic from a social and environmental perspective.

As a result, residents and business owners felt that a more balanced approach was needed.

“The original plans were just too much, it engulfed the entire area, so you can understand why residents are angry. The marina will go ahead despite opposition, I’m sure, but so long as compromise is reached and the needs of residents are balanced, by assuring there is space for recreation, then it would help to bring more commerce to the area,” one restaurant owner had said.

Read next: ‘At this critical juncture, we have a responsibility to start taking long term decisions’ – MIA CEO