‘Masks were due to come off on 1st July, and indeed they have’ – Howard Keith Debono

Events professionals are promising to be in front of Parliament at 10.30am on Saturday in protest 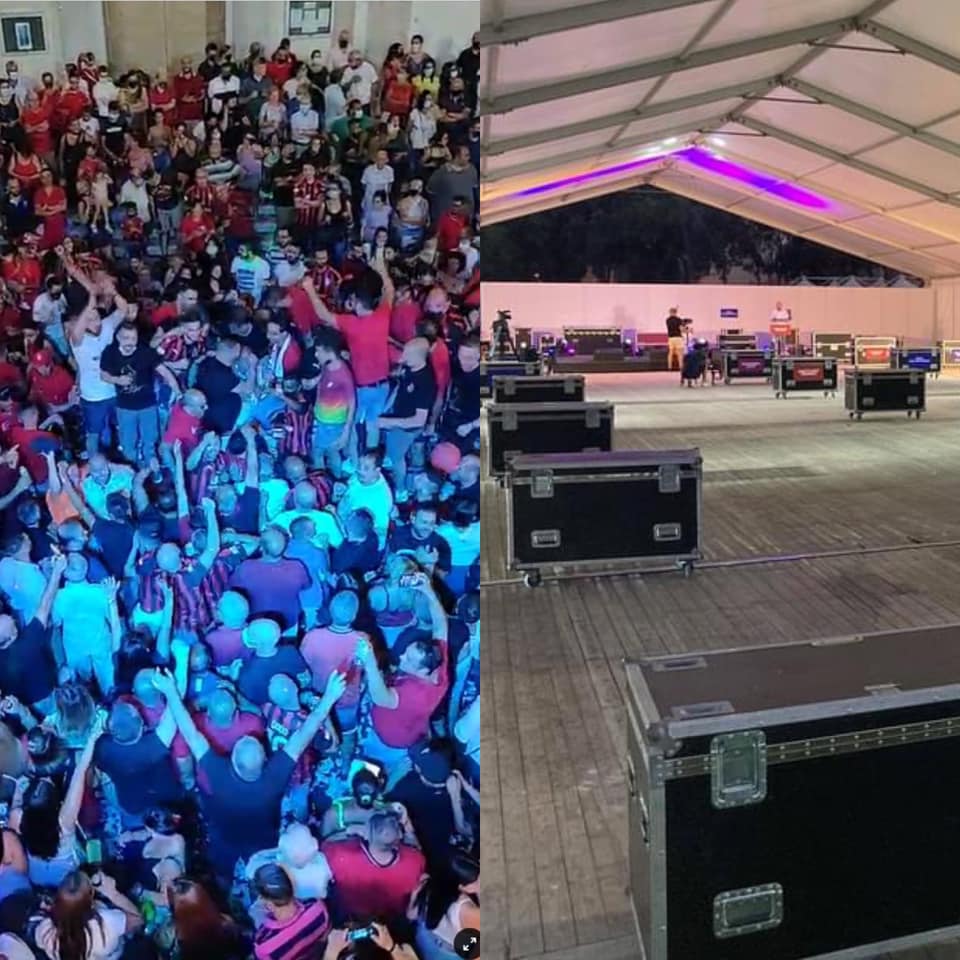 The events community was left fuming yesterday when, mere hours after police refused to accept their notice of protest, they acquiesced to a mass gathering in Hamrun celebrating the local football team’s championship win.

The gathering, for which the main road of Hamrun was closed off, with police officers seen calmly watching proceedings as hundreds hugged, jumped, and yelled while ignoring COVID-19 public health measures.

In comments made to BusinessNow.mt, Mr Debono said he “would like to first of all congratulate Hamrun, since they clearly had the blessing of the police and respective authorities.”

He said this approval from both the Malta Police Force and the authorities was “very clear”, as police officers were seen both at the inauguration as well as at the street party.

He noted that the party was evidently planned since the main road of Hamrun was closed beforehand for it to take place.

“This can be seen in several videos and photos and was also transmitted live on TVM 2,” he said, pointing out that ,“Nothing like this can happen unless there is a clear understanding beforehand of what’s about to happen.”

Mr Debono added that, “Just two days before this planned street party with hundreds of people attending, MEIA received a letter of objection for a controlled, safe, limited, and seated event.”

Organisers were threatened with fines of up to €6,000 each if the planned demonstration went ahead.

The MEIA chief questioned why the legitimate events sector was being discriminated against.

“As it stands, illegal gatherings have a better chance of happening than anyone trying to do things the proper safe way,” he said.

“The message given out is all wrong and above all illogical!”

While acknowledging that the lobby’s solutions, presented to Government in mediation meetings, also involve a measure of financial support, which has been noted by the Government, he insisted that this “does not change the fact that in the absence of any public announcement about a controlled reopening, the organisation has no choice but to continue with its actions.

Mr Debono said that the Association would be manifesting its objections in several ways, with public protest, a class action lawsuit, and a strike of all those engaged with arts and entertainment, which he pointed out “includes TV and all suppliers for press conferences”.

A number of major event organisers, including Mr Debono himself as well as theatre producer Wesley Ellul and the popular Glitch Festival organiser Kevin Ellul, among others, are now announcing that they will be present tomorrow at 10.30am in front of Parliament to protest the alleged injustice.

“We were very, very reasonable in our demands,” said Mr Debono, “and whilst we can accept that some demands might not be granted, we cannot accept that nothing is announced either.”

Describing the situation as one where two weights, two measures were being applied to different sectors, Mr Debono concluded by calling out authorities’ inaction.

“Masks were due to come off on 1st July, and indeed they have.”

Read next: Stamp duty exemption for first-time buyers amended to include owners of garages