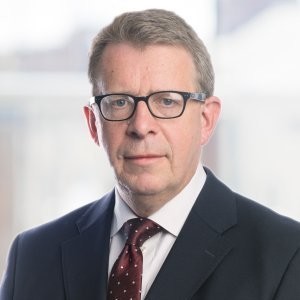 The Malta Financial Services Authority (MFSA) announced on Friday that its Board of Governors has appointed Joseph Gavin as the new Chief Executive Officer, who will be formally taking on the role as of September 2021.

This is the first foreign national to be appointed to the helm of the MFSA, with Mr Gavin having over 30 years of financial services experience in Ireland, Europe and the United States.

He takes over from Christopher Buttigieg, who had been appointed acting CEO of the authority in October 2020 after former MFSA CEO Joseph Cuschieri had suspended himself and then eventually resigned in November. A Times of Malta story had revealed that Mr Cuschieri travelled to Las Vegas with and paid for by murder suspect and business mogul Yorgen Fenech.

At the time of the trip, Mr Cuschieri had only been weeks into his new job as CEO of the MFSA, before which he had served as the CEO for Malta’s Gaming Authority.

Mr Gavin, as the newly appointed CEO, will be responsible for chairing the MFSA’s Executive Committee and shall also sit on the Board of Governors of the authority.

Mr Gavin was selected following an open call for applications through local and international channels.

An assessment was undertaken by a specially appointed Selection Committee, chaired by an independent assessor, Professor Carlo Cottarelli, an Italian economist and former Director of the International Monetary Fund, and also comprising members from the Board of Governors.

In his new role as Chief Executive Officer of the MFSA, Mr Gavin shall be responsible for the overall management and performance of the authority, and the implementation of reforms and consolidation in the financial services sector.

Mr Gavin acted as General Counsel within the Central Bank of Ireland between 2009 and 2015, at a time in which the Irish regulator was undergoing significant policy and structural change, and he was instrumental in guiding the Irish watchdog during a sensitive time, post-recession. Mr Gavin was more recently employed as a Partner and Head of Financial Services at an Irish law firm, providing specialist input in areas relating to regulation and enforcement in financial services.

In the meantime, the MFSA thanked Dr Buttigieg who it described as being instrumental for the authority during this challenging period.

The top-spot at the MFSA is no easy role under normal circumstances. However, economic strains brought about by COVID and Malta being placed under increased monitoring after being placed on the Financial Action Task Force greylist have placed added strain as the country strives to strike a balance between economic recovery and widespread compliance and regulatory reform.