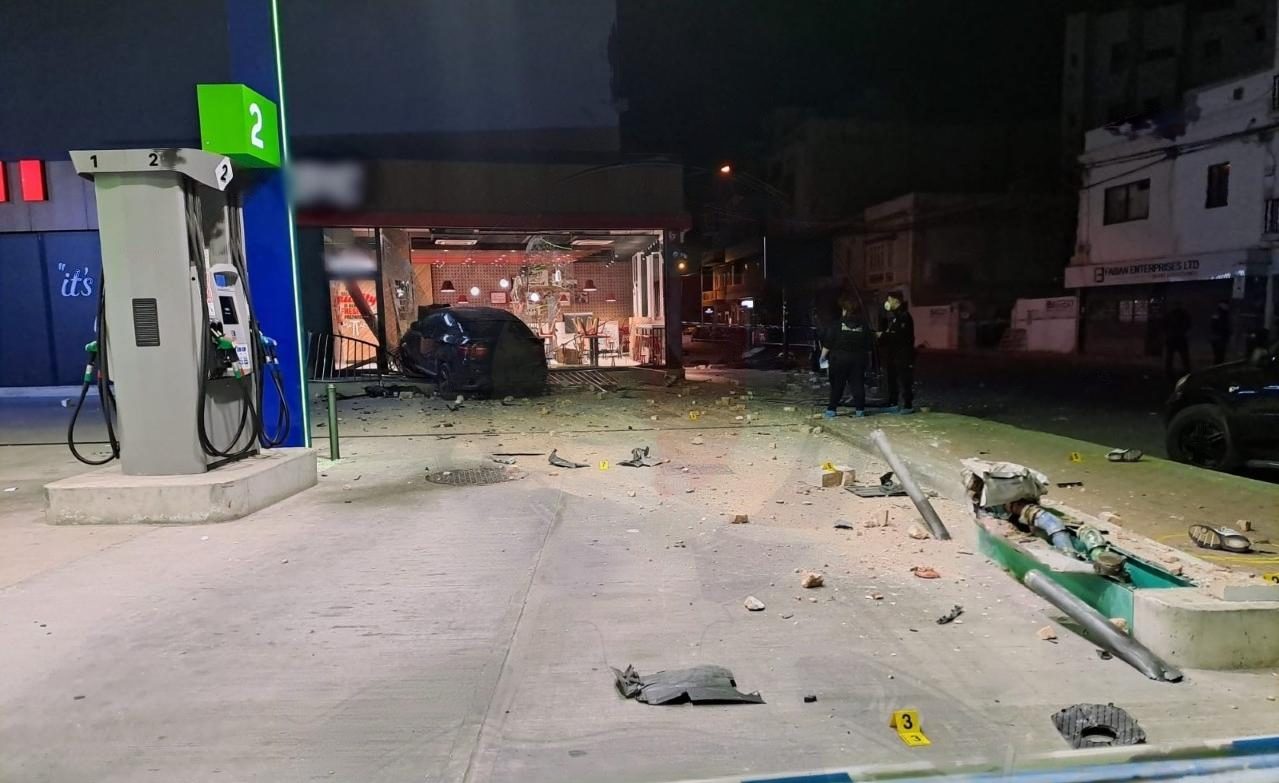 Early on Wednesday morning, a woman died after she was hit by a car in Gzira, which then crashed into the local KFC outlet. A spokesperson from the restaurant confirmed that the establishment was closed at the time of the tragic incident, meaning nobody was on site.

The incident took place at 1am on Wednesday (today), in Testaferrata Street, Gzira. CCTV footage showed a black BMW hit the woman after it drove into a structure belonging to the Paul & Rocco petrol station, and subsequently crashed into KFC Gzira’s glass window, stopping where customer tables and chairs would have been.

Eyewitnesses reported to have seen the driver exit the vehicle and assaulted the victim by throwing bricks at her.

The driver, a 33-year-old man from Lija identified as Jeremie Camilleri was found to have high levels of cocaine and alcohol in his bloodstream, according to sources who informed the Times of Malta. He was also convicted of petty theft just two weeks ago. Jeremie was reportedly aggressive towards any passers-by who attempted to help the victim and threw stones at passing cars. The police had to tase the individual who was resisting arrest aggressively.

The victim, a 30-year-old woman who lived in Gzira, was treated on-site by emergency responders, and was taken to hospital, where she died soon after.

A spokesperson for KFC Gzira informed this newsroom that “fortunately the had no one present at the restaurant,” at the time of the accident, since the outlet closed at midnight. They were still clearing up this wreckage, and informed that they “intend to re-open by later today or tomorrow.”

Magistrate Nadia Lia is carrying holding am inquiry on incident, and police, who are currently investigating the case, and have the man under custody at Mater Dei Hospital.