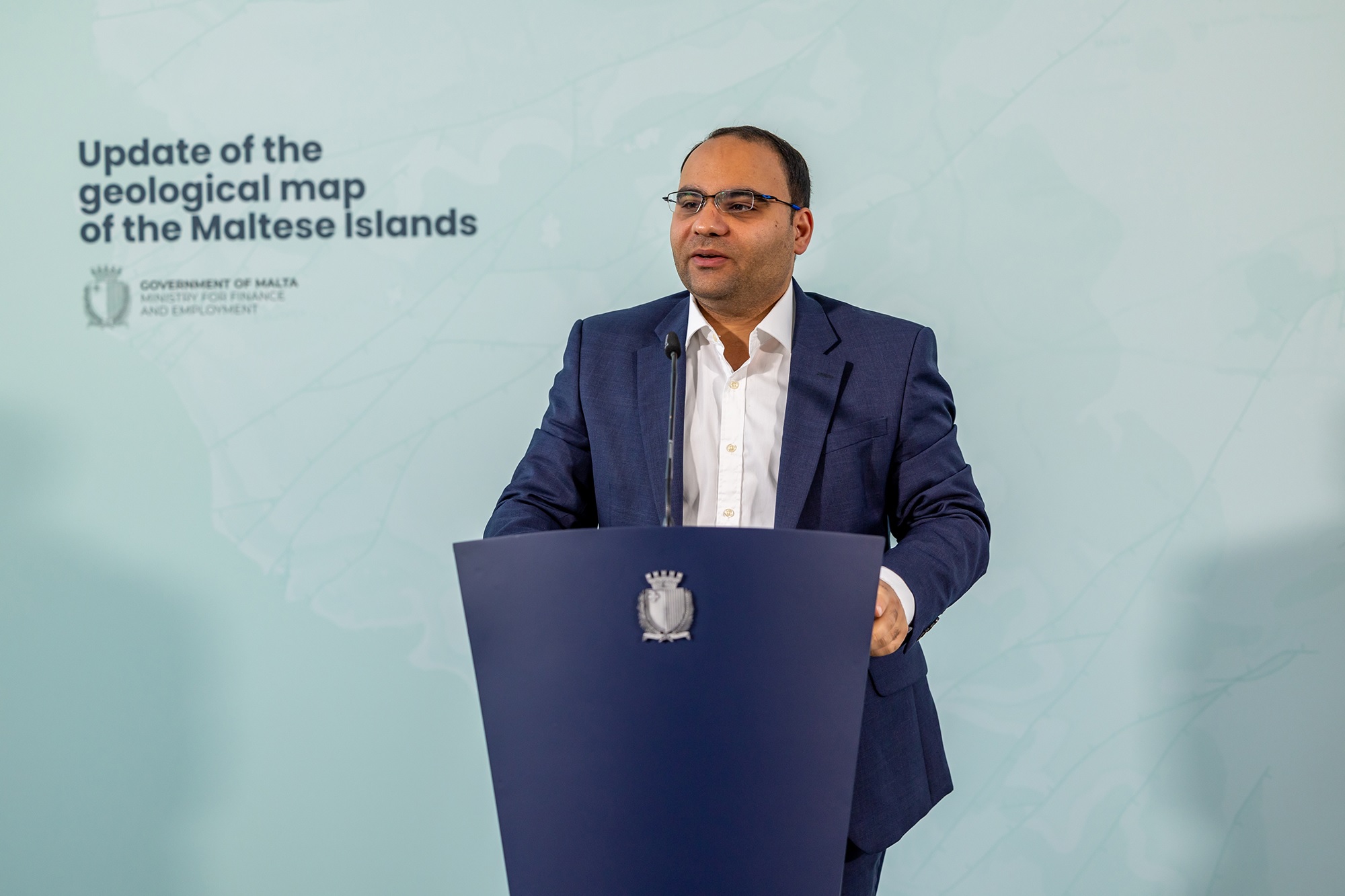 The Ministry of Finance and Employment has launched the updated geological map of the Maltese Islands through the Continental Shelf Department, the first update since 1993.

Malta’s continental shelf is more than 200 times the size of Malta’s surface land, providing ample space and opportunity for Malta’s exclusive economic zone which is between 12-25 miles from Malta’s shores.

The Minister declared that this abundance of continental shelf presents an opportunity for the Government to expand its economic goals and invest in renewable energy without affecting Malta’s shoreline visually.

The updated map is based on information gathered from various sources including extensive field surveys carried out by the British Geological Survey. A consultation process with various entities as well as a public consultation through the Continental Shelf department website have been carried out prior to the release of the map, presented at a detailed scale of 1:10,000 by the British Geological Survey.

Worth keeping an eye out on what kind of offshore renewable energy the Ministry had in mind, which could either include wave or wind energy among others, both of which were subject to studies in the past number of years. Now that technology has significantly advanced in those fields, they may be viable solutions for Malta.