‘Pride should not be a platform for pink washing,’ says organiser

Clayton Mercieca says LGBTIQ+ events should be organised with sensitivity: 'The MTA needs closer ties with the community’ 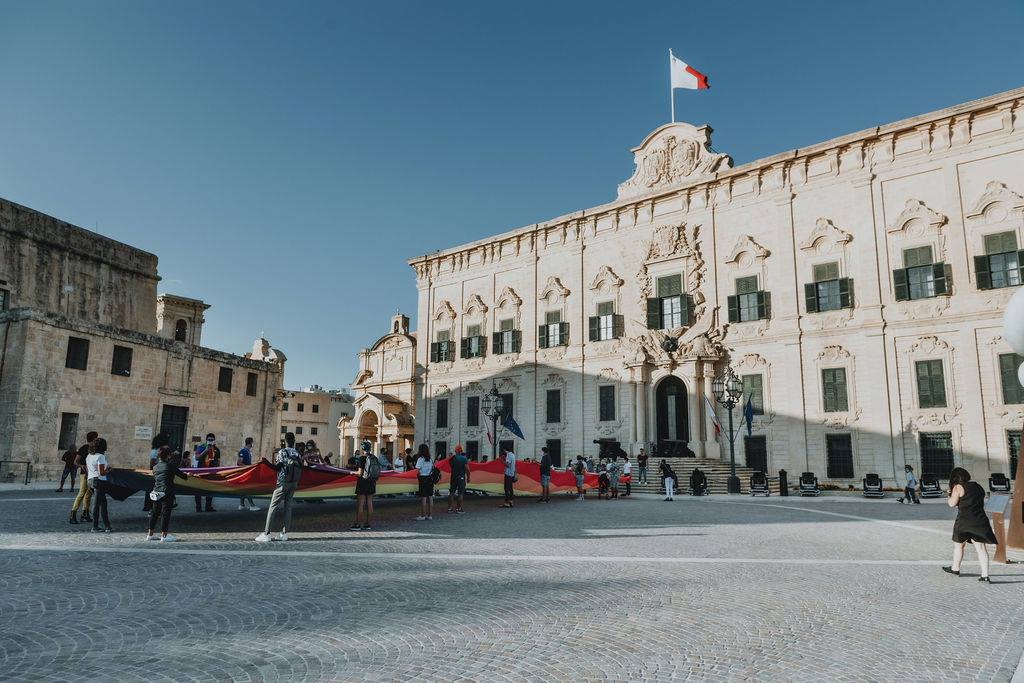 As Malta’s Pride Month enters its culmination, LGBTIQ+ acceptance can be said to have become mainstream, with the celebrations sponsored by some of the largest companies on the island. However, the organisers remain steadfast that it should not be a platform for pinkwashing.

Pinkwashing refers to efforts, whether by individuals, governments, or companies, to present themselves as LGBTIQ+-friendly in a bid to downplay other elements that are less positive.

It can also refer to countries’ and companies’ shallow attempts to attract the ‘pink dollar’, a reference to the community’s purchasing power, that has become an economically significant element in several countries, including those geared for tourism.

BusinessNow.mt reached out to local Pride organiser Allied Rainbow Communities’ (ARC) community manager, Clayton Mercieca, to find out how it avoids pinkwashing and what Malta can do to attract the pink dollar in an ethical and sustainable manner.

“We want our corporate supporters to be long-term partners,” he says, “and our pitch for their support includes that aspect.”

Mr Mercieca explains how the partnership agreement between ARC and each sponsor includes a pledge that they will take certain measures and steps to ensure full equality in the workplace.

“We are careful not to be, or be seen as, a platform for pinkwashing,” he says.

“Pride,” he continues, “is a tool for social change, especially as regards visibility. Once that is removed, there is a chance that you are doing a disservice to the community.”

He concedes that it is “not always easy” to find a balance between sponsorship and values. “What’s important is that our corporate supporters are involved, not just in giving money, but also in making the internal changes that are required.”

Mr Mercieca says ARC was glad to collaborate with this year’s Malta Pride main sponsor, HSBC, pointing to their strong diversity policies, which all employees are given a primer on when joining the company.

ARC tries to make every sponsorship agreement result in tangible added value to the wider community, by offering talks to sponsors’ management and employees to increase awareness about issues affecting LGBTIQ+ persons.

“Thankfully, with most of the organisations we collaborate with, we’ve moved beyond talking about outright discrimination – although that is certainly still an issue in wider society. So our work with sponsors, more recently, has been about bringing in an element of sensitivity to their organisation.”

He explains how, prior to our interview, he was giving a talk to a company that wanted to know more about how to affirm individuals identifying with the LGBTIQ+ community.

“Those are the kind of actions we want to see,” he says.

Is Malta ready for EuroPride Valletta 2023?

Malta, and ARC as the organiser, will have a big year coming up in 2023, as the country will play host to EuroPride, Europe’s largest Pride event.

Mr Mercieca is obviously excited to get planning underway, saying that the team will get working on it right after this year’s Pride.

Market research has consistently put Pride events near the top of the most wanted lists on the international Gay calendar, and EuroPride is the biggest on the European calendar. The question is, is Malta ready?

“I think that first and foremost,” Mr Mercieca says, “organisations like the Malta Tourism Authority need to hold back from organising LGBTIQ+ events unless they are done in collaboration with a community entity.”

“LGBTIQ Travel should never equate to parties!” he exclaims. “That is only one element and one segment of the community, just like the cis-hetero community that get parties all year round.”

He says entities like the MTA need to focus more on educating and training the hospitality industry, to ensure that the LGBTIQ+ visitor segment does not feel unwelcomed, shamed, or in any way treated differently.

“Secondly,” he continues, “the Government should be supporting local LGBITQ+ events to help them flourish, by supporting the queer scene and artistic events like drag shows and burlesque performances.”

He says there should be particular schemes to support the sector in particular, to avoid additional competition for generic funding with other sectors’ events. “This could work very much like the support given to local band clubs and parishes,” he muses.

One key element of the Malta holiday experience is the welcoming and friendly nature of the Maltese. At the same time, this positive reaction can just as easily turn negative when culture and values are threatened.

Research conducted in 2014 noted that “a substantial tourism segment targeted at this community is not what the Maltese will readily welcome, and it is definitely not, at the moment, represented in any future tourism plans”.

Similary, another study from 2017 had one respondent saying their suggestion to the MTA to organise gay beach parties was rebuffed, with the MTA saying there might be a backlash from society should the parties turn out ‘heavy’.

The situation has obviously changed a lot since 2017 and moreso since 2014, but has it changed enough that any worries about a negative reaction from locals can be dismissed?

Mr Mercieca says that Malta did “undeniably” move forward in attitudes over recent years, but explains that EuroPride will be about community spaces where people can feel safe and welcomed in events.

“It’s not about offering an “anywhere and everywhere is safe” kind of attitude,” he says.

Finally, Mr Mercieca is asked about the inclusivity of both Pride and EuroPride as regards one community segment that is often far less represented by LGBITQ+ marketing – lesbians, who often feel that gay holidays are mainly marketed to men.

In fact, research shows that les spaces are typically self-organised and entirely different to the ‘mainstream’ gay scene. How will EuroPride Valletta work to include les-friendly spaces?

He responds by making it clear that lesbians and all other non-cis-gay-male individuals deserve to be given spaces and opportunities to feel validated and represented.

“As EuroPride, we will make to work with different community members to offer these much-needed spaces,” he says.

Read next: Dreaming of labour: how will the upcoming Budget 2022 address market concerns?