The regeneration project will see 850m of roads resurfaced, and public amenities upgraded 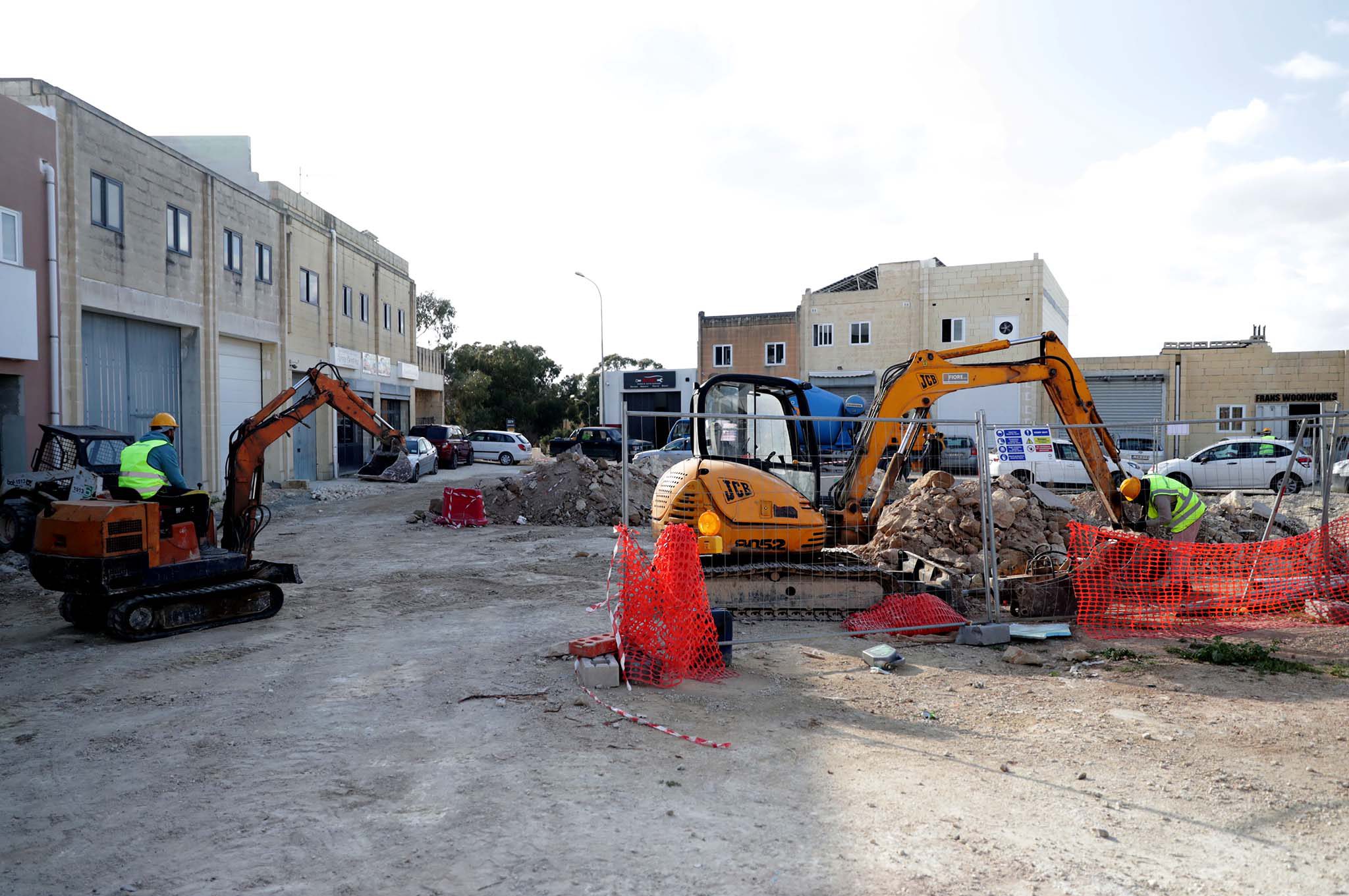 Regeneration work in Luqa’s industrial zone has started, Economy and Industry Minister Silvio Schembri announced on Wednesday, which aims to give a new and improved appearance to the zone and is to benefit 120 small and medium-sized businesses.

850 meters of roads will be resurfaced – work which will also include 1,013 meters of paving. In addition, services will be updated where necessary. Among others this includes improved street lighting, road markings and signs.

The regeneration also includes the construction of service infrastructure and a new substation which is intended to improve electricity supply. The work, where 150 meters of new roads are also being built, is at an advanced stage, the Minister explained, in an area where such work had never been done previously. In connection to this, work which includes the digging of trenches for the new services, parking spaces and beautification of the area are currently underway.

Moreover, with the improvement of the infrastructure and the accessibility of the area, two new plots will be created, as well as a new space of 210 square meters for businesses. Through this regeneration, this area will increase its capacity to accommodate new business.

“This is an upgrade of our industrial areas with the aim of making them attractive to our hardworking workers. As a Government we are clear: we fulfil our promises and in the same way that we have been shoulder to shoulder with businesses during adversity, we will remain hand in hand with them during better times. Such works will allow you to invest better in your operations and continue to create jobs”, added Minister Schembri.

“We are aiming for more attractive industrial areas and therefore plants will be sown to embellish the area and make it more welcoming to those who use it – a concept that we will see extended to other industrial areas. This investment is part of the €470 million industrial infrastructure investment program, the implementation of which has been launched and which we will gradually see make a difference in the industrial areas of our country, ultimately what we deserve in a prosperous economy for all”, said Minister Schembri.

Malta is in the midst of a general election campaign, with the vote taking place on 26th March.

“In much the same way that we are bolstering the industrial infrastructure of our country, as a Government we must ensure that we continue to generate more spending money for Maltese and Gozitan families and businesses. A holistic drive to enable businesses to invest and families to live better.

“Therefore, our commitment for the coming years continues, where as a government we have ensured that in the near future more families will enjoy a reduction in tax and more income. The same goes for small and medium-sized businesses, which with a 10 per cent reduction in corporate tax will lead to an injection of one hundred million euros into our economy”, concluded Minister Schembri.

Read next: ‘We do not need to be best in Europe’: Malta employers focus heavily on governance in electoral proposals