However, this default would not trigger a financial crisis 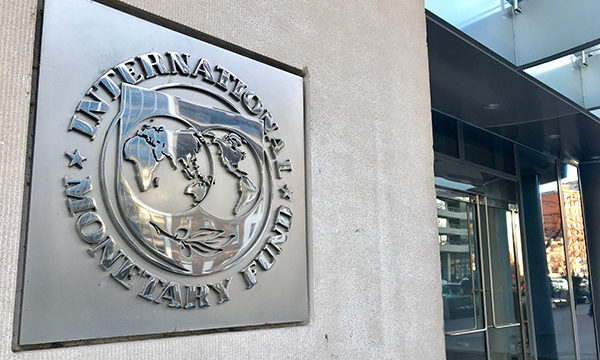 The chance Russia may default on its debts is no longer “improbable,” after the sweeping sanctions introduced over its invasion of Ukraine, according to head of the International Monetary (IMF) Fund Kristalina Georgieva.

Speaking last Sunday on CBS’s ‘Face the Nation’ programme, the managing director observed that the sanctions introduced by key western nations were having a “severe” impact on the Russian economy and could trigger a deep recession in the country this year.

On a more positive note however, she predicted that the country’s looming default would not, for the moment, trigger a global financial crisis.

Dr Georgieva explained that the total exposure of banks to Russia amounts to around $120 billion (€110 billion) and that this amount is “not systematically relevant.”

While the IMF does not expect the sanctions to tip the world into financial crisis, the global lender has already observed a contraction in global trade due to the war, bringing it last Thursday to lower its growth forecast for major powers and the global economy.

What would a Russian default mean for the world?

A ‘default’ refers to when a borrower – be it a person, business or country -fails to meet agreed-upon payments on debts by their due time.

Several countries have faced defaults in recent years, including Argentina, Belize and Ecuador, but one has to look back to the 20th century for Russia’s last default.

In 1998, the country’s economy was struggling and it was facing the massive costs of its war in Chechnya. Subsequently, it was unable to keep up with some of its debt payments, though it maintained dollar repayments.

For Russia, a new default would damage its appeal to lenders, making it harder and more expensive for it to borrow in the future – perhaps problematically while it continues to engage in a financially demanding foreign war.

However, the country is already isolated on the international stage due to its invasion, with sanctions continuing to bite, suggesting that the impact of this reputational damage will not be pronounced as they might be in peace time.

Outside of Russia, the impact also seems likely to be limited, considering the relatively low levels of debt the country has. For context, the US national debt is over $30 trillion (€27.34 trillion).