‘Sadly, we are likely to see a new wave of company insolvencies brought on by the pandemic’

Malta Business Registry’s Kevan Azzopardi says however that there are those, however, that can be helped to prosper again 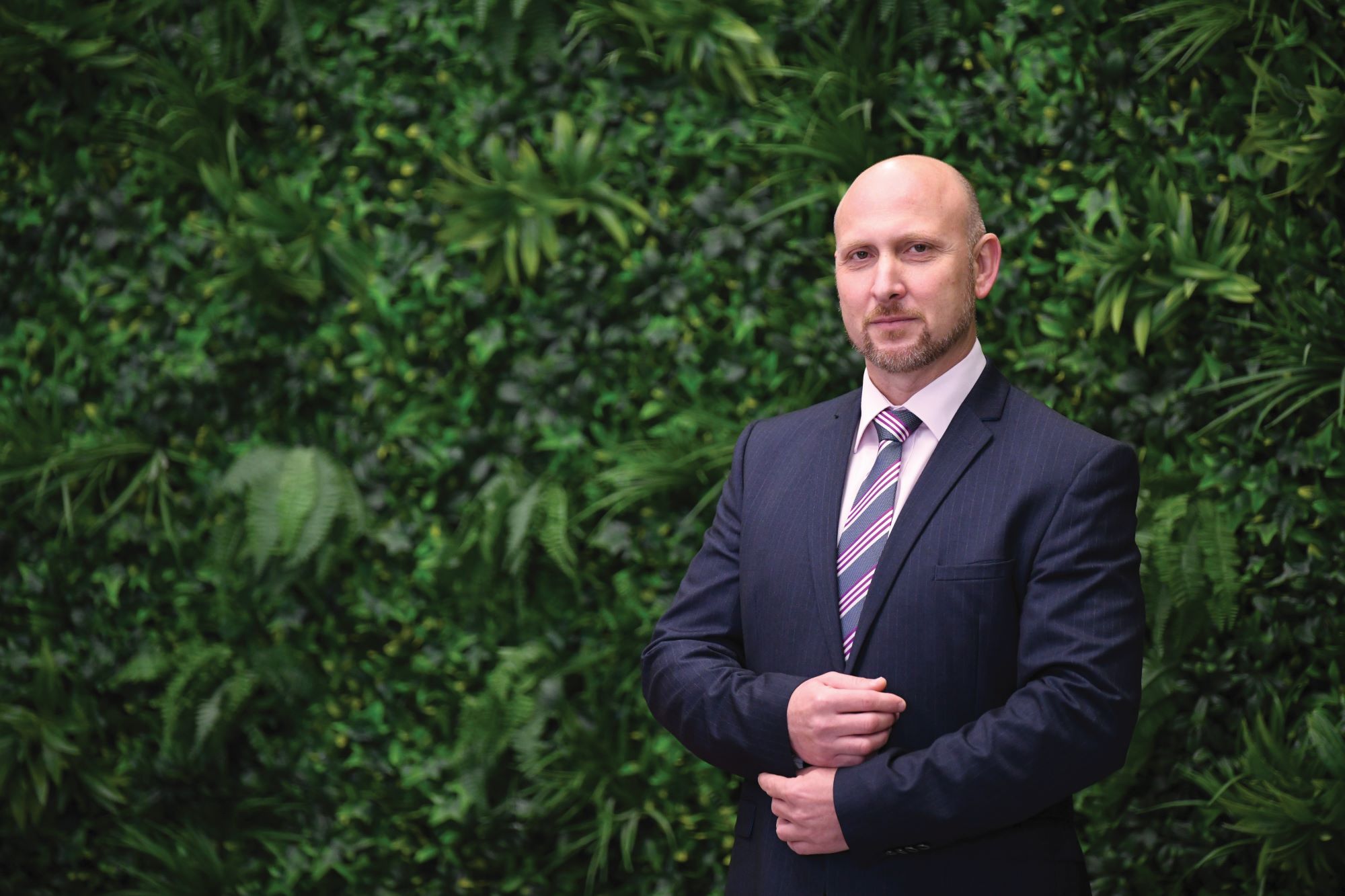 According to figures published by the National Statistics Office, 2020 saw registered business units in Malta rising to 130,745, an increase of 3.7 per cent over 2019. Yet, the past year has seen enterprises – large and small – contend with the challenges brought on by the COVID-19 pandemic. Fortunately, figures issued by Eurostat, the European Union’s statistical information office, have not revealed a sharp increase in the number of company bankruptcies in the first quarter of this year, with the seasonally adjusted declarations having only increased by 5.8 per cent in the European Union and by 1.8 per cent in the euro area, compared with Q4, in 2020.

Despite this, the fallout from the pandemic is still evolving and has yet to be fully assessed, with entrepreneurs having to fire-fight on an almost daily basis as measures have been lifted, and then re-instated, over the past 18 months. “Sadly, we are likely to see a new wave of company insolvencies which will be brought about by the pandemic,” Kevan Azzopardi, the Malta Business Registry’s Official Receiver says. His assertion is stated matter-of-factly, a professional cognisant of the trauma experienced in a time of crisis, on hand to step into the quagmire and offer solutions when much seems lost.

For, indeed, Dr Azzopardi’s role in easing affairs when companies are commencing insolvency proceedings, being liquidated and winding-down, has put him on the frontline of the business community in bad times. “Companies can face financial distress brought on by various factors, such as simple market conditions, extraordinary events – such as the pandemic – which create havoc within the economy of a state, as well as mismanagement. You could also have perfectly capable managers and company directors who flourish in normal circumstances but flounder when the tide turns,” he explains.

However, with proper attention and timely intervention, Dr Azzopardi insists, companies which would have started insolvency proceedings – due to their financial difficulties – can turn things around. “Not all insolvent companies will eventually be dissolved. There are those which could be helped, and which can prosper once again,” he states.

The office of the Official Receiver, previously falling under the auspices of the Malta Financial Services Authority, is, indeed, crucial to guiding companies in such dire situations, and overseeing procedures when dissolutions are ordered by the Court, through three main duties. Firstly, this entails ensuring the submission of the company’s statement of affairs – which includes information such as the list of creditors, debtors and the reasons for dissolution – within 21 days of the Court order.

“Once the Official Receiver gets the statement, we analyse it and produce – within the earliest time possible – a report on the status of the company. Importantly, this report will indicate whether we think that an investigation should be carried out in the affairs of the company. If so, article 260 of the Companies Act lays out the procedure whereby the person involved in the formation or management of the business will be summoned to the Court, assisted by a lawyer, during which the Official Receiver would also be present. An examination of this person would be conducted, together with the Court, to determine any irregularity,” Dr Azzopardi explains.

Secondly, the Official Receiver can also step in to be liquidator, should the company not possess one, or, in the interim, until the stakeholders determine one. “Technically, the Official Receiver becomes the liquidator by default, whenever the Court orders a dissolution. However, often, companies would have appointed one. Despite this, if a vacancy arises in the role, the office steps in until a new liquidator is chosen,” he says. There is a mechanism, moreover, which ensures the office is not overwhelmed in this respect. “The office’s resources are not unlimited, so if there’s a situation in which the Official Receiver cannot cope with the number of dissolutions being assigned, they are also able to delegate this role to others.”

Finally, the Official Receiver can also act as the provisional administrator of a company – as delineated in article 228 of the Companies Act in the winding up procedure of an enterprise. “Whenever there is an application for the dissolution of a company, and its consequential winding up, the Court will need to examine whether there are the requirements for such a dissolution and will have to listen to witnesses, examine proof from all parties, and so on. During that period, particularly if the dissolution is being filed by a creditor, the company will need to assign someone to monitor the company’s dealings. However, the law is silent on the precise duties of the provisional administrator, so the Court will need to specify the functions they will need to perform.”

Over the past few years, the office’s responsibilities have extended to include policy implementation, development of legislation, the restructuring of companies to avoid insolvency and the representation of Maltese interests in international fora, with a spate of changes lined up to take effect by June 2022. “Policies are identified by the office of the Official Receiver, then approved by the ministries and implemented in the law. The office is also charged with monitoring the adequacy of the European Union framework, as well as tracking any developments necessary from a legal perspective,” Dr Azzopardi explains.

“The office also represents Maltese interests abroad, in Europe and more broadly. For instance, when Malta held the Presidency of the European Union in 2017, I chaired a meeting among the member states on a new Restructuring Directive, 209/1023EU, which is being transposed by all members by not later than June 2022. We also represent Malta on UNCITRAL – the United Nations Commission on International Trade Law – dealing with cross-border harmonisation on the dissolution of companies, and liaising with the ministries for finance, the economy and justice.”

Elaborating on the new EU directive on the restructuring of companies – to ensure timely intervention so businesses can survive in the long-term – Dr Azzopardi refers to the provisions planned. “Most importantly, is the adoption of early warning tools to identify those companies that are experiencing financial distress and to guide them towards solid restructuring procedures.” These “pre-packed” procedures, the Official Receiver says, include the ones currently being utilised – such as the “CPR for companies”, a company recovery procedure, in which the Court controls all operations to ensure survival – as well as three new systems.

“We’re introducing another three, which are more accountant friendly, with the first one involving the least Court involvement, and the third the most. Of course, the drafts are ready and we’ve had meetings with stakeholders. We have the support of the industry and we will soon have a fully-fledged restructuring framework which stands shoulder-to-shoulder with other frameworks across all other EU member states,” he continues.

These amendments are also part of the MBR’s strategic plan 2020-2025, which includes an overhaul of many of its systems, through “a customer-centric” approach. “It’s quite clear to the public that the MBR does not stand still, and we’re always trying to improve and evolve to ensure that the public is served. We aim to make our systems as effortless as possible, and part of this is also ensuring we have a healthy and happy workforce, who are able to build on our good relations with the public,” he says, adding that, through this strategy, the Registry is also trying to keep abreast of international developments and opportunities to excel.

Looking ahead to further initiatives aimed at helping companies facing insolvency, the MBR is embarking on a €1 million project – €500,000 of which is coming from the EU to modernise our restructuring framework – and an equivalent amount to provide liquidity to companies that are struggling to pay professionals, such as accountants or lawyers needed during such proceedings, as well to settle urgent bills.

Long-term, however, Dr Azzopardi insists on the necessity of a change in mentality. “We cannot look at insolvency as a failure. We need to shift our mentality and eliminate the stigma which is attached to insolvencies. Companies can recover and, if not, there are second chances for every entrepreneur. We need to give the business community the tools necessary to recover, help them learn from the past, and grow.”

This interview was first carried in the first-ever edition of Business Now magazine, the sister brand to BusinessNow.mt