Country Manager at Hilton Seychelles, Andre Borg, on a lifelong career in hospitality and living on the idyllic island paradise 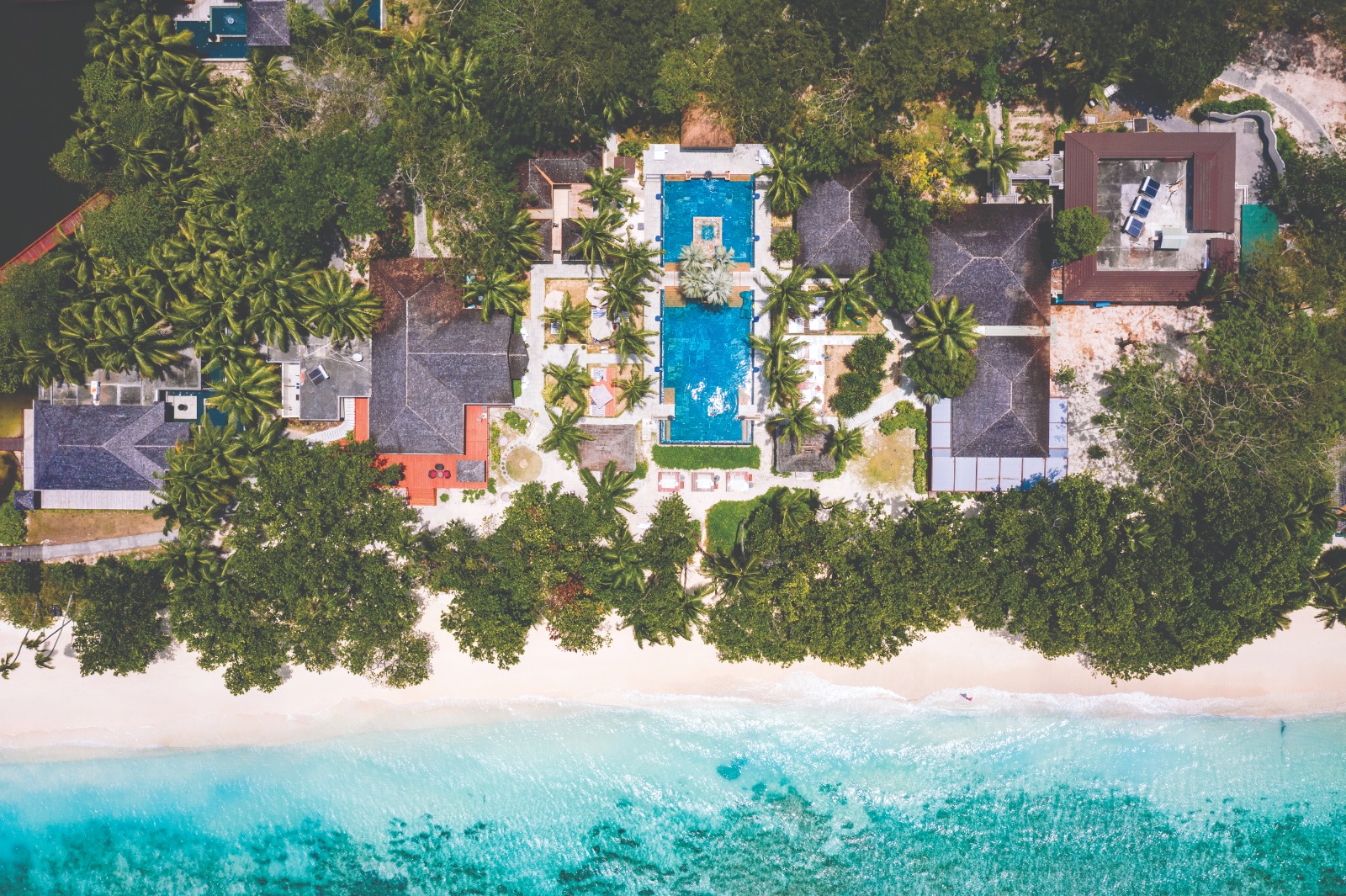 For many, finding the right career path could be a years-long process that extends beyond a person’s formative and academic years. But not for Andre Borg. The Country General Manager at Hilton Seychelles, who has built an admirable track record within the hospitality sector in Malta and overseas, says he has a very clear memory of when he decided to follow in his father’s footsteps and pursue a career in hospitality – at the tender age of six.

Throughout his childhood, Mr Borg says he was blessed to grow up in a local hotel which his family used to run. “I spent entire summers during school holidays exploring hotel life,” he says, highlighting vivid memories from this time, including marvelling at the Whitney board (a manual reservation system), reservations coming in by Telex – “the amount of paper involved fascinated me at the time” – and the huge switchboard that needed to be overseen by a person all day to connect calls to various extensions. “My favourite job was collecting keys with huge keychains and placing them into pigeonholes,” he recalls.

Mr Borg also remembers being sensitive to the challenges that hotel operators faced back in the late ‘70s, “with constant power and water cuts in the north of Malta, I recall the bold decision to install a reverse osmosis plant and generators to keep the hotel going throughout the year. These experiences influenced and shaped me,” he says. “I knew from the very start that hospitality is fun but also a tough business.”

After completing his studies at the Institute for Tourism Studies and subsequently the University of Malta, Mr Borg was offered to join Island Hotels Group, where he worked at The Radisson Bay Point Resort, Island Caterers and The Golden Sands. “These were amazing, unforgettable years. I experienced the rapid growth of incentive travel in Malta and one event after another simply made us stronger and better,” he says.

At a certain point, Mr Borg says he felt a calling for international exposure and a drive to explore and develop his career beyond Malta’s shores. And, for the past 13 years in four very different countries, that is exactly what he’s done.

Upon leaving Malta in 2008, Mr Borg joined the global Hilton family with his first post in the United Arab Emirates – and has never looked back since. “All of my aspirations since leaving Malta 13 years ago have been fulfilled through my relationship with Hilton,” says Mr Borg. “Since joining Hilton Ras Al Khaimah Resort and Spa in the UAE, I have found mentors and systems that have supported my development. When I joined as Food and Beverage Manager, I was almost immediately challenged by a huge opportunity to open a new and bigger resort. Since then, there hasn’t been one day that I didn’t wake up without looking forward to a new opportunity.”

Mr Borg is a big believer that self-development is driven by progressive learning and opportunities obtained from travelling far and wide, taking the chance to learn from experts and colleagues with very diverse backgrounds and cultures.

“From a career perspective, the more you travel, the more exposure you get. I have countless experiences from living in big cities in Europe and the Middle East, to living on a remote island,” he asserts. “What is common though is the high expectations that the Hilton brand delivers to its guests and team members alike. Being a leader in such a brand brings with it a huge responsibility that needs to be carried throughout one’s life, and this can be very rewarding.”

Following his post in the UAE, Mr Borg took up the role of Director of Operations at the Athenee Palace Hilton in Bucharest, Romania, before taking on his first General Manager opportunity with Hilton Labriz Resort and Spa in the Seychelles, which he describes as “a huge step in my career”.

“I approached the challenge of taking on a remote island with 350 team members, an eight-boat fleet and its own powerhouse, with courage and conviction – and that nobody can do it like an island boy can,” says Mr Borg.

“Silhouette Island is a unique location in the world. Arriving guests describe it as paradise on Earth, others as Jurassic Park,” he jokes, explaining that the island is a national park and the largest marine park in the Seychelles.

“The resort is the only development on the island – it occupies seven per cent of the land and must be run with very high sustainability standards. As a leader, my challenge was to build a team around me to take this resort to a new level of service while fully respecting nature. This experience has been fulfilling and highly satisfactory,” he says, adding that the success he achieved through the Hilton Labriz Resort and Spa exposed him to other, new developments in the Seychelles, extending his responsibilities to other islands in the archipelago, including the opening of a new luxury resort – currently in its final stages – on the island of Mahé.

“Opening a resort during this time has brought unbelievable challenges which we’ve managed to overcome. It has stimulated me and the team to think positively and work harder to achieve results,” says Mr Borg. “We also have two resorts in the construction phase, one of them being a Waldorf Astoria on a private island. This will be one of the best resorts in the world when it opens in two years’ time.”

Zooming in on the effects of the pandemic on the hotel’s operations, the Country General Manager says that it has been long and difficult for everyone. During last year’s lockdown, the team was isolated on the island for almost three months.

“We used this time positively to refresh our product, and everyone on the island physically and mentally contributed to the various projects that we started. This accomplishment remains one of my lifetime highlights,” says Mr Borg. “We reinvented hospitality through various concepts, such as ‘Campcation’ which was our reopening family concept, and ‘Workation’, which, for the numerous families who spent long stretches of time on the island, were able to work and educate their children. This created a bond between guests and the team that I had never seen before.”

Turning towards a post-COVID scenario, Mr Borg believes “that we will come out of the pandemic stronger than ever. The restrictions that people had to endure have only reinforced the need to travel, the need to spend time together as a family or with friends, and the need to be in nature. The Seychelles has been very responsible in protecting its borders – the vaccination campaign has been successful, and the country is already open and hosting thousands of visitors every day.”

Sharing his top career achievements since moving to the Seychelles, Mr Borg says “when you mentor and support colleagues to develop their success, it fills you with a great sense of satisfaction.” Additionally, in 2018, Hilton Labriz was awarded the Blue Energy award for Europe, Middle East and Africa (EMEA); a significant recognition of living the company culture. “On Silhouette Island, we have been honoured with a number of awards relating to sustainability projects, such as the eradication of single-use plastics, which is a significant milestone as it required extensive planning and commitment.”

Reflecting on his lifelong career in hospitality thus far, Mr Borg says he has enjoyed every day of it, “whether it is connecting with people, overseeing the culinary side, or handling the finance and logistics – it’s an incredible journey that I would recommend for anybody to take on. However, the job can be very challenging, so one needs to be prepared for it, and learn how to balance their time.”

On a personal level, the Country General Manager says that the experience of living in the Seychelles with his wife, Stephania, and raising their three children on Silhouette Island has had its blessings, as well as its challenges.

“I believe that giving our children the opportunity to grow up in such pure natural surroundings is unique. However, everything comes at a cost,” he says. “My son, Samuel, travelled on a boat twice a day for a year to get to school. When you live in a remote place, you gain simple luxuries that come with living in nature, but you must also endure challenges and embrace living a simple life.”

This interview originally appeared in the first edition of BusinessNow magazine, the sister brand to BusinessNow.mt

Martina is Deputy Head of Content at Content House Group. Her experience working on several of the company’s business brands has nurtured an interest in the field over the years, particularly the human stories behind the running of successful businesses. She’s also a self-admitted cat lady with a creative streak and a love for learning.