The UK as a third country: the implications for customs 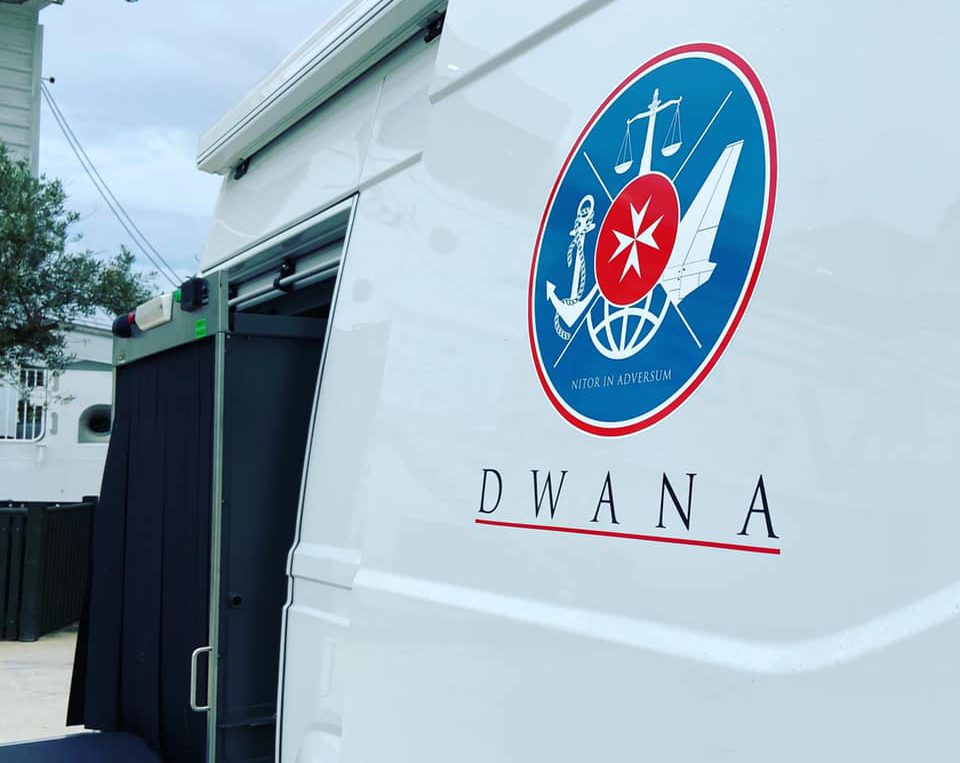 As local importers and exporters are trying to get to grips with the post-Brexit realities of trade with the UK, questions are being raised on a host of issues.

Can local exporters compete in the UK market? Are EU-produced goods stored in the UK subject to tariffs when importing to Malta? What do Maltese exporters need to do to benefit from the agreement achieved in the last-minute trade deal?

The Department of Customs is working to dispel the confusion surrounding the new tariff border through its public outreach.

The Malta Chamber of Commerce, Enterprise and Industry on Friday hosted a live webinar featuring high-ranking customs officials to shed light on members’ and viewers queries.

Hosted by the Malta Chamber’s Head of Policy and Member Relations Andre Fenech, the webinar offered viewers the opportunity to ask questions directly to Customs Director of International Affairs Ian Muscat and Customs Director of Compliance and Systems Alan Mamo.

Mr Muscat started by giving a general overview of the situation, saying that as from the beginning of this month, all imports and exports have to covered by the normal customs facilities, that is, by an import or export declaration.

Traders will also need to pay the duties that should be levied as well as the VAT.

“It’s not business as usual, like it was before,” explained Mr Fenech. “All the formalities will have to be undertaken.”

However, although all goods need to be paired with the appropriate paperwork, not all goods are subject to tariffs. As agreed in the last-minute Brexit deal, goods manufactured or grown within the UK are not subject to customs duties when entering the EU, and vice-versa.

The EU and Member States have stringent and complicated rules on the point at which a product can be said to be a product of a country, with such goods needing to surpass a level of value added in that country, depending on certain conditions.

This means that a shoe imported from the USA to the UK and resold as is to Malta will likely be subject to the import duty, whereas a shoe made in the UK using Brazilian leather would likely be eligible for a nil rate.

The same applies for goods manufactured in Malta and exported to the UK.

Maltese exporters can benefit from the preferential rate as well, while keeping in mind that the UK is now a third country. Therefore, local exporters of Maltese-made products need to register on the EU-wide Registered Exporter System (REX), obtain the country of origin documentation, and sign using their Economic Operators Registration and Identification (EORI) number.

Local manufacturers can therefore compete in the UK market at a preferential advantage, as products coming into the UK from places other than the EU continue to be charged higher customs duties.

“The Maltese exporter would be in a position to make his product more competitive,” explained Mr Muscat.

Mr Mamo then explained the regulations covering goods manufactured in the EU, imported to the UK, and then imported to Malta (i.e. back into the EU).

“Goods there were in the UK before the withdrawal date have now lost their status as EU products,” he said.

“However, there is an exception outlined in the EU customs code,” he continued, explaining that EU goods that were originally exported from the EU to the UK and then re-imported may be subject only to VAT, not duties, if certain conditions are met, primarily that the date of export is less than three years earlier than the date of re-import.

“So any EU product that can be sourced from the UK and imported within 3 years of its original export from the EU would have a 0 rate of duty,” he said.

Customs would need to be furnished with proof of the date of original export from the EU, which documents need to be provided by the importer, who needs to source them from the exporter.

“In the absence of such proof,” Mr Mamo continued, “we will charge duty on import. But if these documents are presented at a later stage, we would refund the duty paid upon confirmation of the proof.”

Other points mentioned during the webinar include:

• Where the UK is acting as a hub for supplies of goods that are sourced from third countries, those goods will be dutiable.
• A single consignment may have items of mixed origin, with the UK supplier having to issue a statement of origin on the invoice denoting that items 1 and 2 originate from the UK while items 3 and 4 originate from elsewhere.
• The work to get appropriate country of origin statements should be conducted by the exported
• UK exporters need to obtain a UK EORI number to sign off on their statement of origin, ensuring there is an audit trail for any such statements presented.
• Clearance must be obtained prior to any goods being obtained from Customs e.g. from port health authorities when importing fresh milk.
• The VAT rate is paid at the rate set by the importing country. This means that, for Malta, where food items are subject to a 0 per cent VAT rate, UK-made food can be imported without any VAT being paid.
• Cars are teated as any other good, so second hand cars produced in Europe, registered in the UK, and resold to Malta are subject to the same tariffs as other goods, with the same “return” exception noted above – the export date is the date factored in, not the date of first registration.
• Customs officers may be requested to inspect and release consignments after official office hours, with their cost borne by the import operator. Operations conducted during regular hours will have no extra costs, the same as the procedures carried out for all imports coming from third countries.
• An EX1 document is enough to export, but the goods would be subject to full tariffs and therefore less competitive. It is therefore recommended that exporters register on REX.
• Exporters using overland routes are advised to conclude the export procedure before transit, as otherwise there may be problems at the UK border with the EX document.

General queries about customs may be directed to [email protected] or by phoning 2568121/3/8.

Read next: Pfizer to scale down European vaccine deliveries