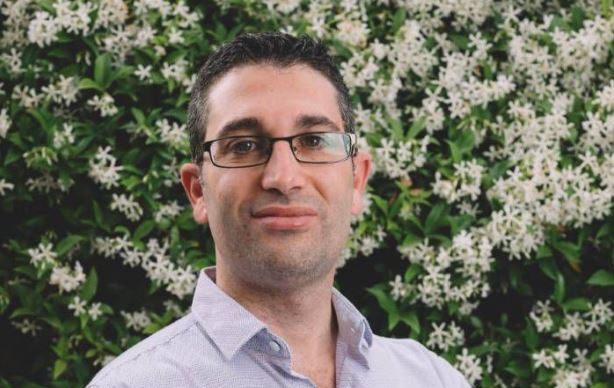 Tourism is bearing the brunt of the economic fallout from the COVID-19 pandemic, with tourist numbers at low levels not seen in decades. However, a vocal representative of the sector in its entirety remains lacking, with the different stakeholders divided into various lobby groups each representing its own sector.

Alan Arrigo, an accountant by profession and a director at the inbound travel agency Robert Arrigo Sons, is hoping to change this in his bid for a seat on the Council of the Malta Chamber of Commerce, Enterprise and Industry, where he hopes to make tourism a pillar of the Chamber’s work.

BusinessNow.mt sat down for a wide-ranging interview with Mr Arrigo to pick his brains about where he wants the tourism sector to go.

The first place it shouldn’t go is backwards, he explains. He believes the 2.7 million inbound tourists seen in 2019 was “way too much”, and that reaching 3.2 million, as envisaged in the Malta Tourism Authority’s Tourism Strategy for 2021-2030, would be a return to a situation of overtourism.

“The island is what it is,” he says. “That figure means more hotels, more construction, more tourists in the same area.”

He continues: “I don’t think Malta should go back to overtourism.” Instead, he maintains that the next decade should be about trying to find a way to give quality experiences.

Quality often brings to mind luxury, but he wants to dispel the notion, stressing that the assessment of quality is a subjective matter.

“You can get a quality experience from a guesthouse or a pastizzeria,” he says. “It’s all about the satisfaction of the individual through the fulfilment of the promise Malta makes to each and every tourist – to have a good time.”

This guarantee may have fallen to the wayside prior to the pandemic. The MTA reports “evidence of declining visitor satisfaction due to weaknesses in the direct and indirect tourism product”, while Mr Arrigo describes a number of cases where Malta overpromised and underdelivered, something he feels may be attributed to the sheer volumes of inbound tourists.

“Maybe it’s because there’s so much work, it makes operators take the attitude of, ‘If you don’t come, don’t worry, there are many more who will’”.

Needless to say, such an attitude is in direct contrast to that required of a luxury destination.

“In luxury travel you are only as good as your weakest link,” he says. “And that can be something as small has having a chauffeur who is not as smart in their appearance as is expected.”

“Remember,” he continues, “that on the luxury market there is stiff competition. There’s Monaco, part of France and Italy, Dubai, the Seychelles… Does Malta have the products and services to compete successfully in this sector?”

He also stresses that the luxury market is one which leaves very little room for error: “If you get it wrong, they won’t return.”

Despite his reservations, Mr Arrigo is not dismissive of the idea – he believes that Malta may yet get there, but it requires work lasting a generation, not a few years.

Much of that work entails investment by accommodation suppliers and other operators to improve their offerings, yet the Tourism Strategy 2021-2030 highlights the issue with bedstock, which continues to increase rapidly despite flattenining numbers, leading to an unprofitable occupancy rate of 57 per cent.

Mr Arrigo recalls a tourism think tank set up by the Malta Chamber last year, of which he was chair, where one of the suggestions put forward included a moratorium on the giving out of permits to ensure that bed stock is kept under control.

“If supply increases and demand remains the same, it’s simple economics – the price will go down. That’s hardly we want.”

“Another way of doing it,” he says, wondering aloud, “would be to oblige the owners of current accommodation to upgrade in line with the EU’s Green New Deal.”

He believes that would provide an additional source of important funding, ensuring the country’s tourism goals are achieved while keeping in mind other key priorities like health and environment.”

Speaking of the environment, construction has long been an issue mentioned by residents, and anecdotal evidence suggests that visitors are also becoming more sensitive to the disturbance caused by the industry.

Asked for his opinion on the matter, Mr Arrigo points out that tourism, by its very nature, sells a destination in its entirety.

“We see the social and cultural as well as the environmental landscape of Malta – that means the architecture, our norms and habits, and our nature.”

“We don’t sell a hotel. Tourists don’t come to Malta because of a hotel.”

“So,” he continues, “if construction is destroying one of these factors, the environment in this case, it automatically diminishes the product.”

In this regard, he points out that a law regulating travel and tourism has been in discussion for the last six years, going back to the drawing board every time a new Minister for Tourism takes over the role.

Turning finally to his bid to the Council of the Malta Chamber, Mr Arrigo believed there needs to be a bigger role for tourism in business representation.

“As we’ve seen during the pandemic,” he says, “tourism is a pillar of the Maltese economy – between 10 to 17 per cent of GDP. So just as it’s a pillar of the economy, it should be a pillar within the council.”

“It affects the retail sector, as well as manufacturing. It’s an important sector. And I believe that, being part of the industry, I can best give that voice.”