‘You can’t eat money’: PN presents economic vision based on quality of life 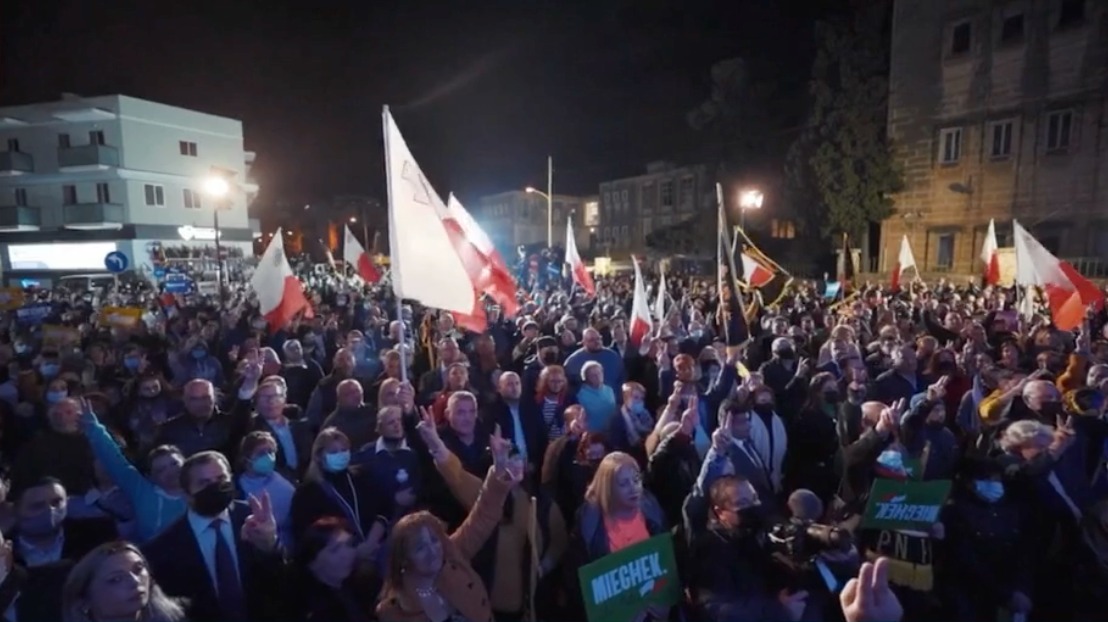 The Nationalist Party courted Malta’s business community by promising a “forward-thinking” vision for the country’s economic development, rooted in the belief that a good quality of life trumps short-term gains at the cost of wider society and the environment.

At a business breakfast held on Friday morning, the PN opted to sell its vision over specific proposals, explaining that each individual proposal must be seen in the wider context of the question: “Where do we want Malta to go in the coming years?”

MP Claudio Grech, who will not be contesting this election but was central to the drafting of the party’s electoral programme, started the event by quoting one of the founding fathers of the European Union, Alcide De Gasperi: “Politicians think of the next election, statesmen think of the next generation”, describing it as the guiding principle of the party’s political vision.

While emphasising his commercial background, Mr Grech said the PN’s electoral programme is not only a list or a menu of proposals, but a detailed plan for translating its vision into tangible reality.

“Since independence, Malta built its strength on its reputation,’ he said. “It’s about showcasing Maltese identity and working on a politics that reflects Maltese people’s values.”

He made a distinction between Malta’s reputation as a jurisdiction to do business in, and “what we want Malta to be famous for”.

“Our programme has a big emphasis on quality of life. We want a Malta where you can live well. In security. A country where people from different countries and cultures are able to live. Where the environment is taken care of.”

The PN’s electoral programme, he continued, also has individual dignity at its core. “When seeing where you want to take the country you can’t just look at numbers and percentages, but also about translating economic growth to individual benefit.”

He stressed that the business community and wider society must also be aware of “what we owe to each other”, explaining that the social pact evolves and manifests itself in daily actions.

One key element of this social pact is ESG (Environment, Social, Governance), wherein the PN is pushing for a radical change in culture.

“We all have obligations to others – workers, partners, state. ESG reflects those obligations. That is why financial incentives cannot be the same for everyone. If you are complying with ESG, you should benefit from these incentives,” he said, noting that those businesses who move away from precarious labour and separate waste should benefit more than those who do not.

Turning to wealth creation, Mr Grech said it is “useless to talk about distribution, about benefits, about reducing costs for business and tax burden, without talking about creating wealth,” referring to the PN’s promise to invest €1 billion in 10 new forward-looking industries. This €1 billion of state investment, he said, would be matched by another €1 billion in private investment.

“The PN created the gaming, financial services, tech, maritime, and aviation sectors from nothing,” he said. “Malta had no legacy in these sectors. The PN created this legacy.”

He explained that these 10 sectors were not picked at random. Rather, they are sectors with high value added, in recognition of the limits on space in Malta. “Every square metre dedicated to economic activity must be utilised efficiently.”

Regarding tax, Mr Grech said that one of the first measures a PN Government would introduce is a reduction on tax on reinvested profits, recalling that every time a Maltese Government incentivised workers and businesses to work harder by reducing the tax burden, the state always collected more taxes as compliance improved.

Finally, on technology, he said the PN believes that technology is the key to strengthen the Maltese economy, in everything from health to manufacturing.

“We will push for Malta to be recognised as a tech leader,” he said. While he acknowledged that the country continued to make strides in this sector, he said that countries that entered the European Union alongside Malta, and who were more backward in tech adoption, had now moved further ahead, drawing investment.

He linked tech investment with higher productivity, saying that this leads to better wages.

He described Malta’s international reputation as an “open wound”, and promised that a PN Government would do its utmost to heal it before it festers.

Referring to the party’s pledge to get Malta off the greylist within three months of getting elected, he acknowledged that this was ambitious, but said the deadline was necessary to avoid “procrastination”.

He paid particular attention to the maritime sector, saying that Malta “is barely scratching the surface of what is possible”, even as it contributes €800 million to the local economy.

He described “absolute statements” like “best in the world” as “ridiculous”, and said the country does not need to be, and cannot be, the best in everything. “It’s about finding the niches we can do well in, the provide people with good jobs that ensure a healthy work-life balance.

He pointed to rising inflation and the uncertainty surrounding international developments as key reasons to continue diversifying the Maltese economy to ensure it becomes more resilient to external shocks.

“To do this – to build new economic sectors, to bring more investment, to create more wealth – we need you,” he said, ending his speech by committing a PN Government to create a more level playing field for all businesses, in a nod to the business community’s criticism of public procurement practices.

“You can work with us,” he said. “You can work more, better, and with peace of mind that you will have the same opportunity as others.”