Deep Dive: Why invest in Malta? 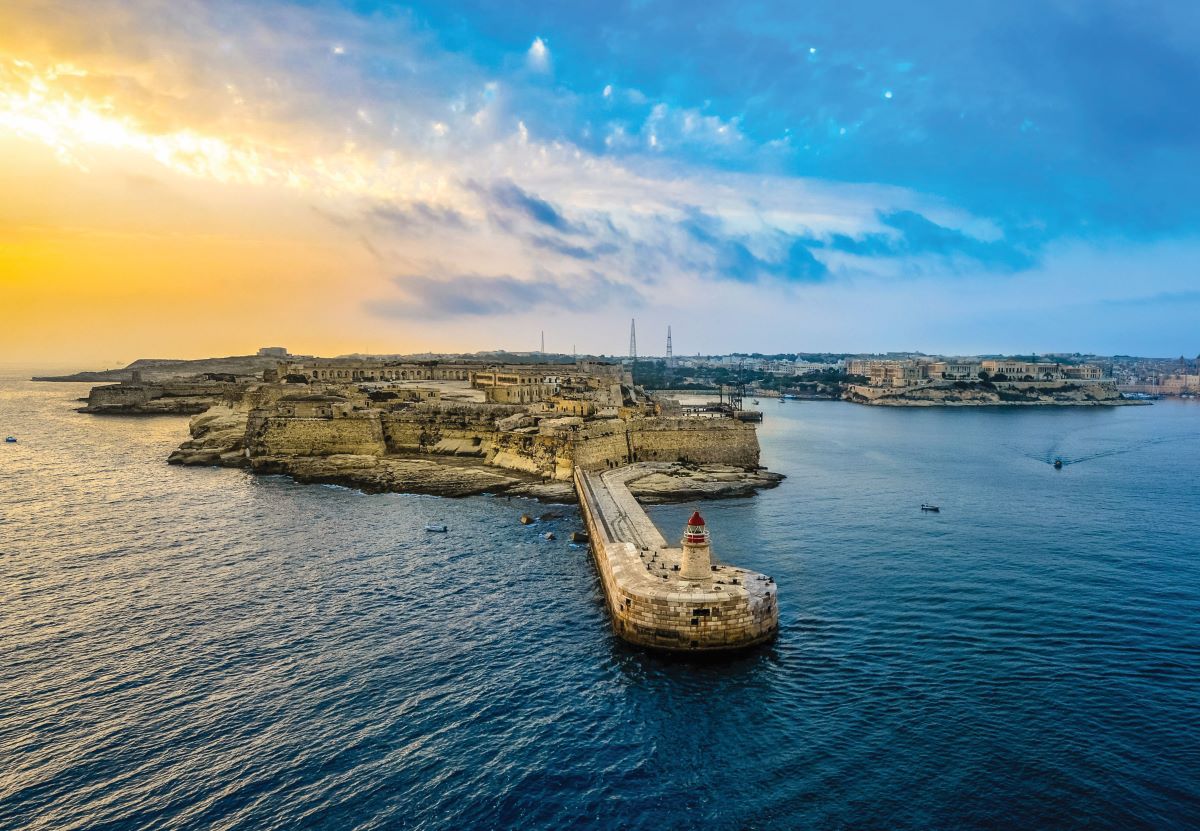 You will be hard pressed to find more compelling evidence for the adage that “the best things come in small packages” than Malta. With a population of just over half a million living on a tiny group of islands situated 80km south of Sicily and just under 300km off North Africa, Malta is known for punching far above its weight internationally.

It is governed by a stable parliamentary democracy, has a robust legal system, and enjoys a strong reputation, while its diversified economy has rendered it resilient to global economic upheaval.

Coupled with modern physical and communications infrastructure, and air connectivity to most regional capitals, it should come as no surprise that the country has enjoyed decades-long renown as a jurisdiction of choice among discerning investors who see Malta as a byword for trust and the perfect platform for international activity.

A country of only 316sqkm, Malta’s territorial limitations belie its rich history as a centre of trade and commerce. Today, the island nation continues this tradition as a Mediterranean hub distinguished by its welcoming approach to business, boasting alpha status in a number of important export-based sectors.

These include, for example, a large and refined financial sector catering to a diverse, international clientele, with the jurisdiction’s inclusion in the Financial Action Task Force grey list in 2021 proving to be a minor blip. Following its inclusion, all stakeholders sat down together, the regulatory lacunae identified were swiftly rectified, and Malta got off the list in record time.

The care taken in nurturing the gaming industry has also paid ample dividends, with the hundreds of companies in the space operating with a Malta Gaming Authority licence, recognised as the global gold standard, being major contributors to the local economy.

Malta’s shipping and aviation registers, meanwhile, continue to see remarkable growth, and investment is pouring into the superyacht and aircraft management and servicing sector.

Similarly, pharmaceuticals, aquaculture, ICT, chemical manufacturing, and other predominantly knowledge-based industries show no sign of slowing down, with a recent uptick in merger and acquisition activity laying the ground for more focused expansion in foreign markets.

The domestic economy is similarly diversified, with tourism, manufacturing, and real estate the largest but far from only contributors to its rapid growth.

The almost complete absence of natural resources means that Malta’s development has been closely tied to the cultivation of its human resources, with significant investments over the years resulting in a highly skilled workforce supported by a state-sponsored education system and extensive dialogue between industry and academia.

The national language is Maltese, but English is an official language of the state and the de facto language of business. Italian is also widely spoken, with increasing knowledge of languages like French, German, and Spanish among the younger generations.

Over the last decade, demand for labour to meet the needs of its growing economy outstripped the supply available from the indigenous population, prompting a migratory wave that has seen the resident population increase by 20 per cent, again supported by close cooperation between economic actors and state institutions.

This nimble approach to policy making has paid off handsomely for Malta. Successive governments have exhibited remarkable economic nous in carving out and nurturing new productive niches that play to the country’s strengths while meeting the high standards expected of a European Union member state.

This innovative yet stringent approach to economic planning has ensured that each of Malta’s business sectors has demonstrated admirable stability, beyond what one might expect from a small and open economy exposed to the vagaries of shifting global markets.

With a history of welcoming investors dating back to the 1950s, private and public Maltese service providers alike are well-attuned to the needs of incoming operations, making setting up in the country a straightforward and transparent affair. Governmental support is available throughout the process via Business First, a specialised unit providing a single point of contact for interactions with various government departments.

Although the current domestic corporate tax rate stands at 35 per cent, Malta offers foreign investors an exceedingly competitive EU-authorised imputation tax regime allowing for effective tax rates as low as 5 per cent, backed up by an extensive list of double taxation agreements with over 70 countries.

A diversified and mature financial services sector is meanwhile ever ready to maximise value for investors, and corporate services providers are always on hand to aid in company registration, access to banking facilities, legal advice, recruitment, and everything else required to get a business up and running.

Such professional services come at a far lower cost than is the case in other major European cities. The same can be said for technical services, human resources, rental costs, and support services, which remain significantly below the continental standard, without compromising quality.

Despite being recognised as a major European financial centre, Malta retains its island culture, with its relaxed Mediterranean lifestyle being a major selling point for those considering relocating. The unique cultural attractions, beautiful Blue Flag beaches, vibrant nightlife, and flourishing culinary landscape that make Malta a top tourist destination are similarly enjoyed by locals and expats alike. Over 300 days of sunshine every year allow for the full enjoyment of all the leisure activities Malta has to offer.

So whether you are an entrepreneur or a wealth holder, whether you are approaching retirement or raising a young family, or whether you are looking for new corporate headquarters or a strategic bridge to Europe, Africa, or the Middle East, Malta might be just the place for you.

Malta has long used its sovereignty to its advantage by legislating new economic sectors into existence. Many of these have been a runaway success:

The abundance of opportunity Malta offers to prospective investors is difficult to grasp without first understanding the country’s history. First entering written records through Homer’s Odyssey, the many neolithic temples built over a thousand years before Stonehenge or the Pyramids of Egypt bear witness to the Maltese archipelago’s ancient yet enduring allure.

Its strategic location in the heart of the Mediterranean made its large natural harbours irresistible to the dominant maritime power of the time, joining neighbouring Sicily in passing through Carthaginian, Roman, Byzantine, Arab, Norman and Spanish hands over the course of a millennium and a half.

A fateful decision by the Spanish Emperor to allow the Knights Hospitaller to take over the islands led to the development of an independent cultural tradition, further diverging from continental norms during 160 years of British rule, punctuated by a brief but legally productive Napoleonic French occupation.

Upon achieving Independence, successive Maltese governments chartered a course of active international participation in structures like the United Nations, the Council of Europe, the Commonwealth, and the Organisation for Security and Co-operation in Europe, culminating in full European Union membership in 2004.

Today, Malta offers a rich, cosmopolitan culture and a stable open market economy that is well-integrated into global capital flows.

Read next: The changing face of connectivity between Malta & Gozo