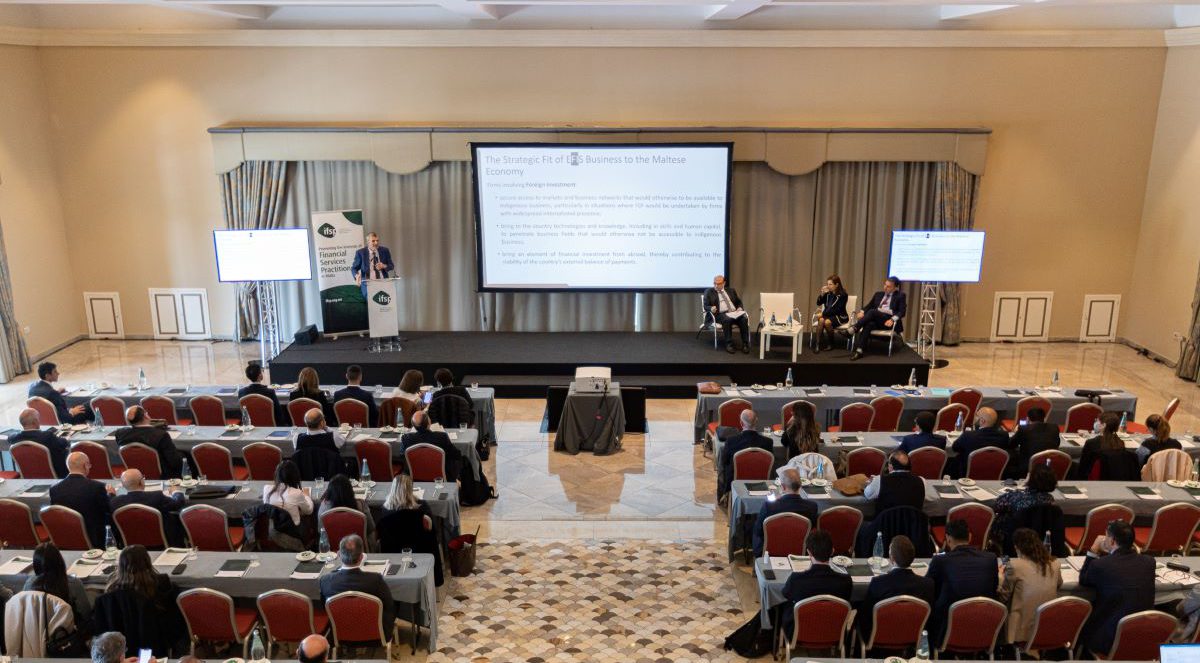 A new report has drawn attention to the key role foreign investment in financial services, gaming, ICT and profesional services meant for exportplays in the Maltese economy, generating a fifth of its total value added and over 22,000 jobs while boasting a rate of productivity that is almost double the national average, with a far lower carbon and floorspace footprint

Sharing his early conclusions at the IFSP Annual Conference in April, Dr Cordina described his approach as covering a “wider perspective of policy and business behaviour, covering a range of services activities with common competitiveness concerns which include and extend beyond those normally associated with financial services.”

Titled ‘The Contribution of Export-Oriented Foreign Direct Investment in the Services (EFIS) Sector to the Maltese Economy’, the report attempts to quantify the economic impact of export-oriented, foreign direct investment companies operating in the higher-value added services sector (EFIS).

This term, coined specifically for the purposes of the study, includes financial, professional, ICT and gaming services.

Based on 2019 figures, the report highlights that the three main injections to Malta’s economy – namely exports, creation of productive assets and government expenditure or private consumption – together create a substantial demand for business activity and an economic value added of more than €12 billion.

It goes on to outline that firms in the EFIS sector directly generated 19 per cent of the total value added in the Maltese economy.

In addition, the report showed that firms in the EFIS sector directly employed nearly 10 per cent of the total workforce in the Maltese economy during 2019 – equivalent to almost 22,200 people.

While the growth of the EFIS sector exceeded that of the overall economy, helping to accelerate overall growth, it also made direct, indirect and induced contributions in terms of value added and employment generation to the rest of Malta’s economy.

The report also records that firms in the EFIS sector have a relatively low carbon and floorspace footprint in comparison to other sectors in Malta, while offering high salaries.

This report’s findings show that foreign-owned entities engaged in the export of services contribute significantly to Malta’s economic output, employment, government revenue, productivity and economic growth, whilst having a relatively low impact on the environment compared to other sectors of the economy.

The study therefore makes it possible to gauge the full extent of the EFIS sector’s significant contribution to Malta’s economy – and its importance as part of the nation’s economic future.