Future-proofing your career: Keepmeposted survey reveals most promising sectors to work in 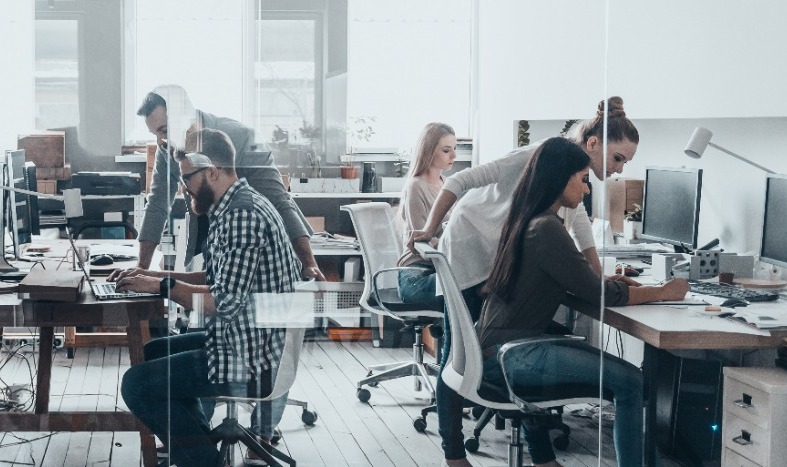 The COVID pandemic brought about the most sudden shift in working habits in generations. Almost overnight, offices emptied and many workers were forced to switch to working remotely.

At the same time, the pandemic proved to be a catalyst for pre-existing consumer trends, as shoppers shifted to shopping online and businesses turned to automation and tech-based solutions.

With the pandemic now receding, changing attitudes towards work, rising inflation and an exodus of migratory workers from a number of countries has seen staff shortages bite – with employers exploring ways to increase their efficiency, often by using technology to fill human roles.

Together and in combination with a pre-existing (and accelerated) shift towards the use of automation for many tasks, the makeup of the world’s labour force is expected to evolve significantly – making some jobs obsolete and increasing the demand for others.

Malta is expected to be no exception.

So how can one prepare for the future world of work, what skills will it favour, and what jobs are expected to be the most important? A report by prominent job vacancy site Keepmeposted, published earlier this month to mark its 10th anniversary, attempted to answer these questions.

The report, featuring the insights of representatives from across the economic spectrum from tourism to construction to gaming, provided an overview of some key trends in the labour market – especially the greater use of technology in the working world.

Research and analysis was conducted by EMCS Ltd.

The vast majority of sector representatives consulted in the survey expressed optimism towards the continued increase in the use of technology.

Answering a multi-choice quiz, respondents from businesses including small and medium-sized enterprises, those in the IT sector, local authorities, construction companies, communications firms, and iGaming companies all indicated that the prospect of greater use of technology in the working world, excited them, “as it creates new service opportunities at better efficiencies and lowers costs.”

On the other hand, a number of respondents were less positive, including those from the tourism sector and the manufacturing sector, who indicated they were “indifferent,” as the greater use of technology has been happening for a number of years, and they always managed to adapt.

Finally, worker’s union representatives responded that the shift worries them as it makes them too dependent on technology, which in turn would leave to job losses.

“Artificial intelligence and digitalisation will change the world of work as the pandemic accelerated this process. The end result will be that some jobs will cease to exist while new jobs will be created… What worries me is that we are not preparing for this increase of technological advancement and digitalisation.”

What jobs will become obsolete

Respondents were also asked to predict which jobs would become obsolete in the coming years.

Notably, the manufacturing sector stated that “mundane” jobs including as cleaners face the axe, as they can be conducted through robots, along with clerks, whose work can be conducted using AI.

An HR representative predicted that routine entry-level jobs would be replaced and the gaming sector also targeted “mundane admin jobs” as likely to be phased out in the next five to ten years.

The representative of the construction sector predicted that with the streamlining and standardisation of contracts, the need for lawyers would be reduced, and drivers would become less important.

What jobs will be created

Predictably, the vast majority of respondents pointed to jobs in technology.

For example, the representative of the manufacturing sector predicted a rise in more electronics and IT roles, while one representing the consultancy sector pointed to jobs in AI, robotics and cyber sectors as attracting more roles.

A respondent from the tourist sector predicted that delivery jobs would be boosted since customers will focus more on the internet to make purchases, and digital marketing jobs.

The workers union respondent predicted that new roles in the recycling industry would be created as the environment will take centre stage, while the respondent from the lucrative gaming sector stated that tech and data roles would be boosted.

The speaker from the construction sector also pointed to AI, but also drew attention to the need for social media specialists and jobs relating to the customisation and personalisation of medicine.

This feedback was largely consistent with that from the World Economic Forum, which indicated that repetitive jobs will continue to be taken over by machines in the next five to ten years.

What skills will be needed

The report also presented feedback on the skills that will be needed in the jobs market by 2025.

First in the list, which drew on data from the World Economic Forum, is ‘analytical thinking and innovation.’

It also presented more specialised skills that would be useful for a variety of job clusters.

At the top of this list was ‘product marketing,’ which would be useful for five topics, namely data and AI, people and culture, marketing, product development, and sales.

A close second and third were digital marketing and software development life cycle skills, which were both useful for five sectors too.

For more insights, the full report can be accessed online.

Read next: Gozo Business Chamber says parties’ proposals for the island are positive, if they materialise