I was part of the action against the commercialisation of Comino, and I think it’s good for business 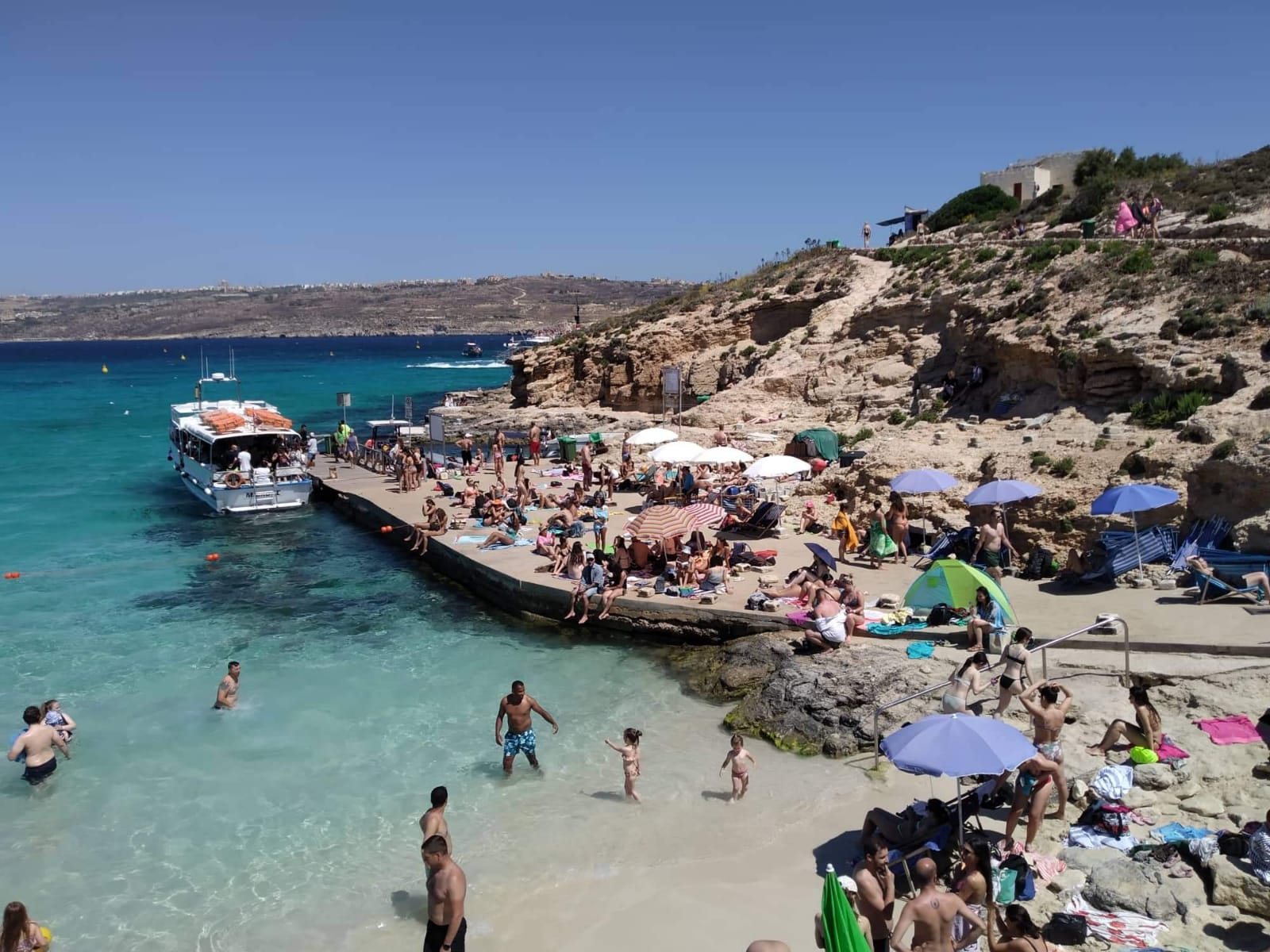 The direct action taken by local activist group Moviment Graffitti on Saturday against the operators who have for years covered the coast of Comino’s Blue Lagoon with deckchairs has received remarkable support, garnering thousands of reactions on social media and forcing the Tourism Minister to do what years of public complaint could not.

Minister Clayton Bartolo, speaking on Monday, announced that sunbeds are now banned from the main sandy beach of Blue Lagoon and will be reduced on the quay, although the welcome news was overshadowed by his insistence that Malta Tourism Authority officials were actually due to take enforcement action that same day, were it not for the activists’ intervention.

The comment could go down as one of the most-mocked statements of any local politician, with many comparing it to the famous children’s excuse: “I was going to bring my homework, Sir, but the dog ate it before I could put it in my bag!”

The comment provided a rare moment of levity in a long-running saga that has seen countless voices appeal for sense to prevail in the management of one of Malta’s most iconic attractions.

Last week, Times of Malta published a report saying that 14 out of 18 bathers at Blue Lagoon the newspaper spoke to were disappointed by the state of the supposed natural gem, with one tourist so disgusted by the situation that she felt compelled to complain about it to the police stationed on the island.

This raises the question of just how long Malta can expect to ride the wave of visitors looking for the perfect shot for Instagram.

Over the last years, tourism operators have noticed a steep decline in repeat visitors to the country as the conditions that make for a pleasant stay – and not just pretty photos – continue to deteriorate, a view also held by Malta Hotels and Restaurants chief Tony Zahra.

One hospitality professional remarked, earlier this year, that “the problems we locals complain about – the environment, the construction, the traffic – visitors are even more sensitive to these things, especially those from Northern Europe, who are traditionally among the biggest spenders.”

Despite all the talk of improving the quality of the local tourism offering, it seems clear that the trend is headed in the opposite direction, with a general lack of enforcement highlighted time and time again as a key culprit in the degradation of the Maltese experience for residents, visitors, and businesses alike.

Tuning back to Comino, attention has once again turned to the idea of imposing some limits to activity on the island, whether on boats or visitors.

In fact, the theory of a site’s carrying capacity has two inter-related elements. On the one hand, there is the question of how many tourists can be accommodated before negative impacts occur on the site itself, and on the other, there is the consideration of how much tourism is acceptable before there is a decline in tourism satisfaction.

In the case of Comino, it is abundantly clear that both limits have long been surpassed.

The entire island is a nature reserve enjoying Natura2000 status, and a management plan published in 2016 in fact indicates that a tourism carrying capacity assessment of the Blue Lagoon should be prepared and implemented within one year. No such assessment has been conducted.

Even Malta’s National Tourism Policy for 2015-2020 singled out “the intensification of use at the Blue Lagoon on Comino, saying that “the protection of designated sites like this needs to be prioritised”.

The question, then, is why no action has been taken? If locals do not dare approach the area and tourists are left with a sour taste, the question must be asked: Who benefits?

Ultimately, we need to ask ourselves what it is we want from Comino.

Should it be host to another Armier, as the semi-permanent setup of tents seems to indicate? Should it be tightly restricted for the enjoyment of an affluent few, as the blockage of San Niklaw Bay by the hotel operator points to?

Or do we want it to simply be itself, a beautiful unspoilt example of the best Malta has to offer, drawing the admiration of those visitors who come to appreciate and build a connection with our islands?

If so, something more than banning deckchairs on a tiny spit of sand is needed.

The author of this piece is a member of Moviment Graffitti and participated in the action held on Comino.