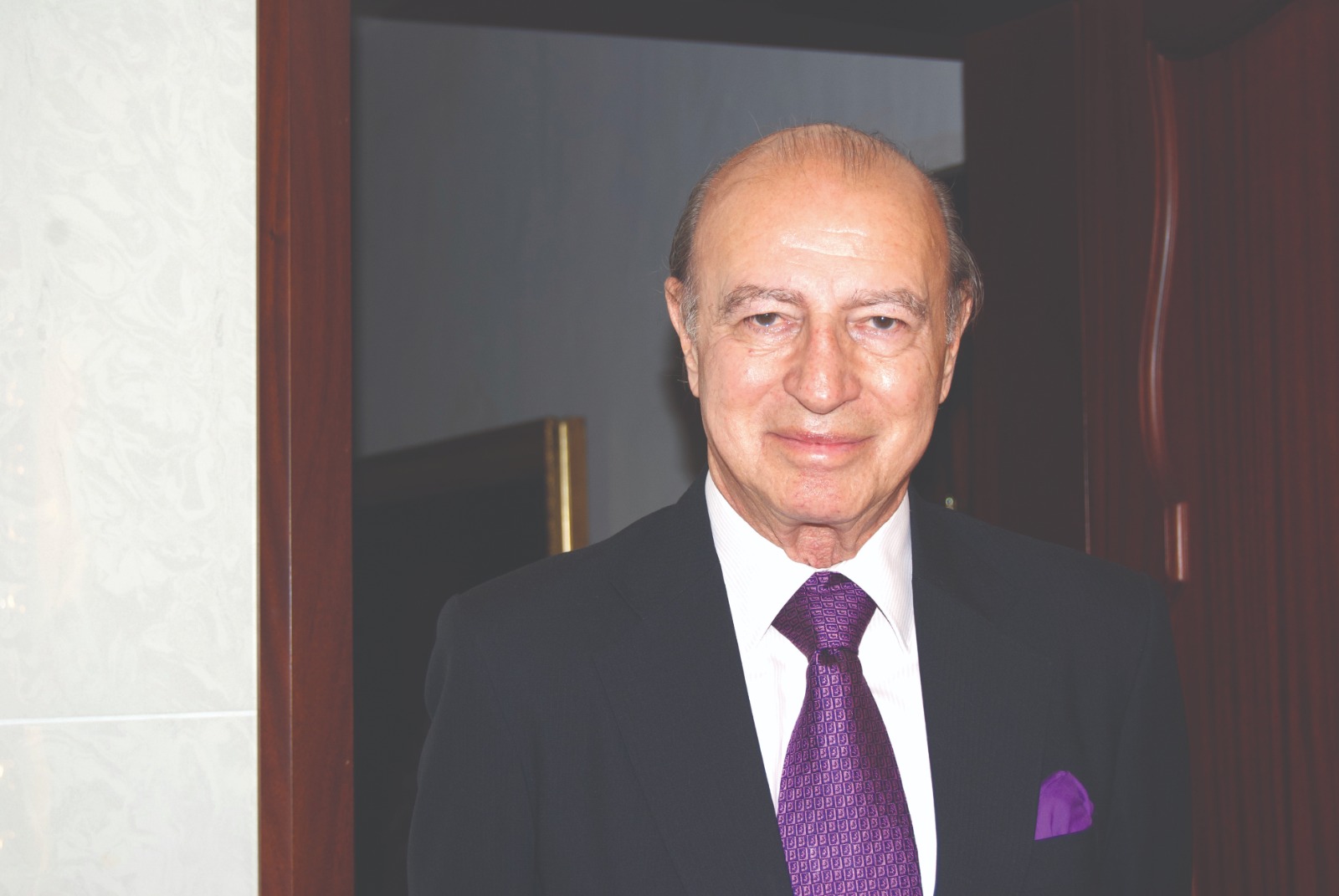 Maurice Mizzi’s name is synonymous with business, and today, he remains at the helm of one of the oldest conglomerates in Malta.

Now in his eighth decade, the veteran entrepreneur and Mizzi Group President shows no signs of slowing down or retiring, and is actively involved in the day-to-day running of the group of companies.

The conversation at his suite of offices in Msida starts with an account of how it all began, as he reveals that his family had originated from the Three Cities area of Malta. As far back as the early 1900s, the Mizzis demonstrated a certain business acumen, with Maurice’s grandfather, Jean Mari Mizzi, working as a ship chandler, hiring out boats and crew.

Sadly, the business came to an abrupt halt following the end of World War I in 1918, as a result of the Mizzi business being forcefully transferred to NAAFI. Undeterred, in 1919, the family relocated to Valletta, where the enterprising Jean Mari, along with his son Spiridione, started a car hire business providing chauffeur-driven imported American cars for military and naval personnel stationed on the island.

Realising that automobiles were the way forward, in the coming years, Spiridione acquired several car dealerships, starting the UK-based Morris Motors Ltd in 1920, closely followed by MG in 1924.

Maurice reveals that as a young man, his original intention had been to become a lawyer, and that he had already completed his training as a legal procurator when the needs of the family business necessitated that he abandon his studies. However, the legal knowledge he acquired proved to be indispensable, and has served him well in the business sector over the years.

In time, the family went on to expand into other business fields that include property development, soft drinks manufacturing and tourism, and Mizzi Group now encompasses established businesses including Industrial Motors, Muscats Motors, Arkadia Marketing Ltd and Titan International, among others, making it one of the largest and most dynamic privately-owned companies in Malta, currently employing some 1,100 people.

Looking to the future, Maurice believes that, while there are lessons to be learned from the past, keeping up to date in an ever-changing world is of paramount importance.

“I’m keen to bring the fourth Mizzi generation on board as soon as possible. The business world is changing at a phenomenal pace, and we need the younger members to enable us to keep up and evolve. I’m talking about young people who have grown up in a very different world, who think and react in an entirely different way to their predecessors. They are the future and the sooner they become proactive members of the company, the better,” he maintains.

Turning his attention to the current economic climate, Maurice agrees that whilst the repercussions of the COVID-19 situation are still being felt, there are now signs of economic recovery, although the situation has been exacerbated by Malta’s recent FATF greylisting.

“It really couldn’t have come at a worse time as it could lead to a lack of confidence on the part of foreign investors, which inevitably would have a knock-on effect on the economy,” he laments.

However, as well as being a businessman, Maurice is also a pragmatist, and realises that although the past cannot be undone and that the road back will not be easy, it is one that, nonetheless, must be followed, and that only total transparency can restore the islands’ financial and economic reputation. “It is extremely important that Government will act properly, honestly and without fear of hurting anyone,” he says.

He continues to say that, being the only European member state currently greylisted is not an enviable title, and the increased scrutiny is far greater than before, with most organisations now having to satisfy stringent parameters to be able to function.

“In the past, Malta thought of itself as an island, but it is a viewpoint that needs to change. Malta is not an island; it is part of the European Union,” he explains, highlighting that Malta’s favourable taxation regime still makes it an attractive proposition for foreign investment, and he has no doubt that, in time, handled wisely, the situation will remedy itself.

Moving on to other subjects close to heart, no interview with Maurice Mizzi would be complete without talking about his philanthropic work and the Spiro Mizzi Foundation.

“After World War II, Cottonera never fully recovered from the destruction of enemy bombs, and subsequent governments kept it marginalised and undeveloped. As the more affluent members of post-war Maltese society moved away to more fashionable areas such as Sliema, they left behind a poor population in an area in economic decline,” Maurice shares, noting that as time passed, social conditions worsened, with many families finding themselves in severe financial difficulty.

“As a result, many people became caught in a poverty trap, with high levels of illiteracy and the lowest number of university admissions from the Cottonera area. Recognising the admirable work being done by various NGOs and parishes, the Spiro Mizzi Foundation was formed in an attempt to remedy this situation by providing a broad base of support aimed primarily at children’s education, yet in many cases it has literally meant putting food on the table for families that found themselves enduring extreme social and economic hardship.”

He explains that it is still very much an uphill struggle, with no state help having been received to date. As President of the foundation, he is now heading a new committee of dedicated members, made up of teachers, members of the clergy and fellow businesspeople, who meet once a month in an attempt to move forward and address what is an ongoing problem that has seen him donate a substantial sum of money from his private funds.

“The poverty I witnessed left me deeply saddened, but what I can do is only a drop in the ocean for what is really needed there. We need State intervention and support, and I appeal to Government to help. The Spiro Mizzi Foundation is more than happy to provide complete transparency in order for people to see where the money is going and the good it is doing.”

Leading such a busy life, one also needs to make time for relaxation, and when it comes to downtime and achieving a work-life balance, the conversation turns to Maurice’s lifelong passion for gardening, which really took hold following the purchase of his Bidnija home, Ras Rihana, in 1976.

With its original grounds planned by renowned horticulturalist Sir Harold Hillier, the last 45 years have been a labour of love that has seen the gardens of this house extended and landscaped, with the addition of ponds stocked with carp and the challenge of growing many rare and tropical plants alongside indigenous species.

Malta’s climate and soil presented considerable challenges along the way, he reveals, together with logistical problems that required over 300 truckloads of soil and explosives to remove rock, as the barren wasteland underwent a transformation and, in many instances, the whole project took on an almost scientific aspect. Maurice’s enthusiasm for this subject is obvious as he discusses the process.

“Horticulture these days is a progressive art, new methods are continually being proposed, while new plants are constantly coming on the market. Therefore, it’s imperative to keep up with the latest horticultural technology and information,” he explains.

The result certainly doesn’t disappoint, and today the gardens of Ras Rihana are an oasis of calm and beauty that have been featured in several international magazines. The work has also culminated in an elegant hardcover book, titled ‘The pleasures of Gardening in the Maltese Islands’, which features an array of photographs taken personally by Maurice.

Not surprisingly, all proceeds from the book have been donated to the Spiro Mizzi Foundation, and apart from being a magnificent example of what can be achieved in a Mediterranean garden, it demonstrates how, with the initiative and imagination of one man, two entirely different pursuits can find common ground in helping people.

This interview originally appeared in the Autumn edition of Business Now magazine.

Andrea Christians is convinced she was given a pen instead of a rattle as a baby. Imbued with a love of language and an enquiring mind, when not writing about business and what makes the world go round, Andrea loves nothing more than to weave words into stories. She is set to have her first novel published in America in January 2022.