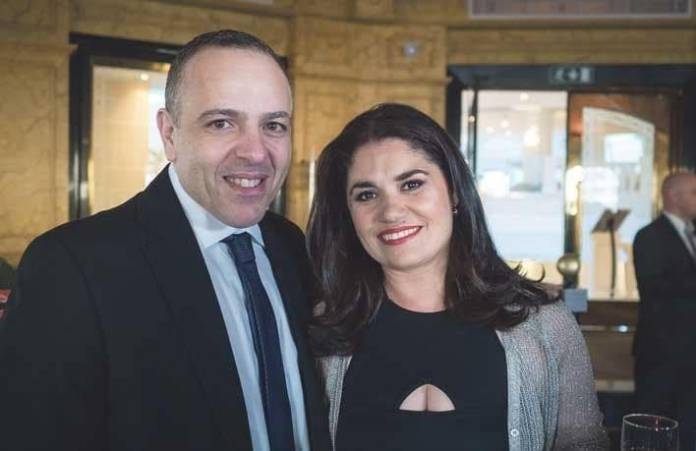 A company belonging to Josette Vella Schembri, wife of former chief of staff Keith Schembri, was a vehicle for thousands of euro in transfers, the court heard today as the compilation of evidence against Ms Vella Schembri got underway.

Last month, Ms Vella Schembri was charged with money laundering in relation to around €1.5 million in transfers passing through 3City Design Limited.

Both the company and Ms Vella Schembri stand accused of converting/transferring property between 2008 and 2020 when they were aware it was directly or indirectly acquired through criminal activity.

Ms Vella Schembri is also accused of failing to observe all of the duties of a company director.

Two of Allied Group’s managing directors, Vincent Buhagiar and Adrian Hillman are alleged to have agreed to an inflated price for the machinery in return for kickbacks.

In the case against Mr Buhagiar, the prosecution said that Mr Buhagiar and Mr Hillman had conspired to defraud the company that employed them, with the inflated price leaving Kasco with a profit that was shared between Mr Buhagiar, Mr Hillman, Mr Schembri and Mr Scerri.

During the compilation of evidence against Ms Vella Schembri, Inspector Leanne Bonello told the court that her company, set up in the same year the printing press deal was first drafted, formed part of a complex scheme used to transfer sums of cash between various entities.

Insp. Bonello explained that although Ms Vella Schembri insisted that a transfer of €14,000 from Mr Hillman to 3City Design was related to interior design services at his home, she had failed to provide any documentation as proof.

Additionally, her husband Mr Schembri transferred €57,784.16 across three transactions to the company, but again no documentation was provided.

Ms Vella Schembri had told police that the payment covered works done by Scerri for the company, but she was unable to provide documentation in relation to this.

Under cross examination from the defence’s lawyers, Insp. Bonello said the predicate offence is corruption in the private sector in relation to the inflated prices of printing press equipment purchased by Allied Newspapers from Kasco Limited.