Incentivising consumption and limiting burdens on businesses needs to be a priority, says the Chamber of SMEs 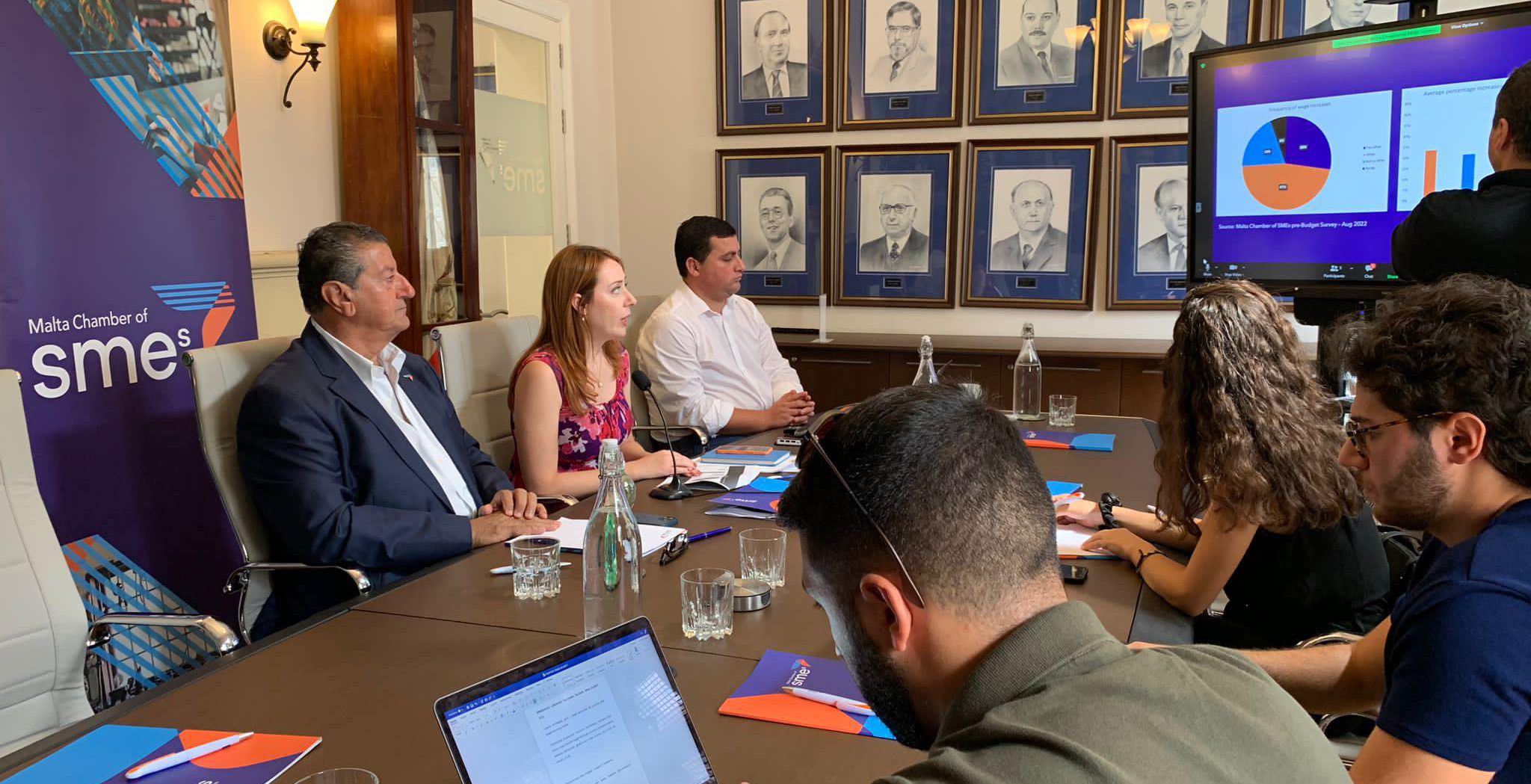 The Chamber of SMEs is calling for sweeping tax cuts in response to the challenges businesses and households alike are facing, saying that tactful manoeuvring in this area can counteract the aftereffects of the COVID-19 pandemic, on the labour market and supply chains, and the impacts of the war in Ukraine, which exacerbated price pressures.

In its re-Budget 2023 document, the SME Chamber reiterated its proposal to lower the corporate income tax rate to 15 per cent, asserting its belief that this would allow local producers to compete on a more even footing with foreign-owned businesses availing of Malta’s attractive tax refund scheme. This reduction, it said, would also alleviate the need to pass on cost increases to consumers, addressing concerns that their clients would no longer be able to afford their products and services.

Certain businesses operating in line with national priorities, it added, should benefit from an even lower rate. These include enterprises reaching specific sustainability targets and those that only accept electronic payments.

Widening the individual income tax brackets was another suggestion to leave more money in people’s pockets without adding costs for employers. Currently, a single person’s income above €14,501 is taxed at 25 per cent, while that above €60,000 falls in the 35 per cent bracket.

Another way to stimulate consumer spending, the SME Chamber said, is to cut VAT, pointing out that recent price increases already mean that the Government is receiving more income than projected. Lowering VAT, then, would not necessarily reduce its projected income. Some sectors, meanwhile, should have their VAT removed entirely, it argued, referring to locally manufactured arts and craft as prime candidates for such an exemption.

The elimination of the excise tax, described as “an unfair hidden tax”, would also incentivise consumption.

Turning to solutions for the acute shortage of labour, the SME Chamber proposed an agreement with social partners to make public sector employment transparent and accountable. In a damning indictment of the situation with certain segments of the public sector, the lobby group is also calling for the such employees to be held accountable for their actions, and to attend word during their designated shift and contribute as requested.

Similarly the group characterised the system through which non-EU nationals must pass to obtain their work permits as: “Timeframes are haywire,the bureaucracy is senseless, and the cost is prohibitive. The system is operated in the least sustainable manner possible.” It therefore proposed to bring the total application time down to three months from application to decision, by, among others, conducting the visa interview online.

Other suggestions involve a return a trade schools, a beefing up of the flagship Micro Invest scheme, operated by Malta Enterprise, a new yacht marina near Manoel Island, and the setting up on Ombudsman for public procurement, noting, on the latter, that what many businesses find worse than lack of enforcement is the “evident facilitation of unfair competition by the authorities through preferential treatment during public procurement”.

The SME Chamber also called on the Government to subsidise exports, review the customs procedure to eliminate contraband, and push for an exemption in the UK-EU trade agreement.

The full document with the Chamber of SMEs’ proposals can be found here.