A four-car accident on the Marsa-Hamrun bypass led to major traffic, with road closures and smaller accidents impacting the North 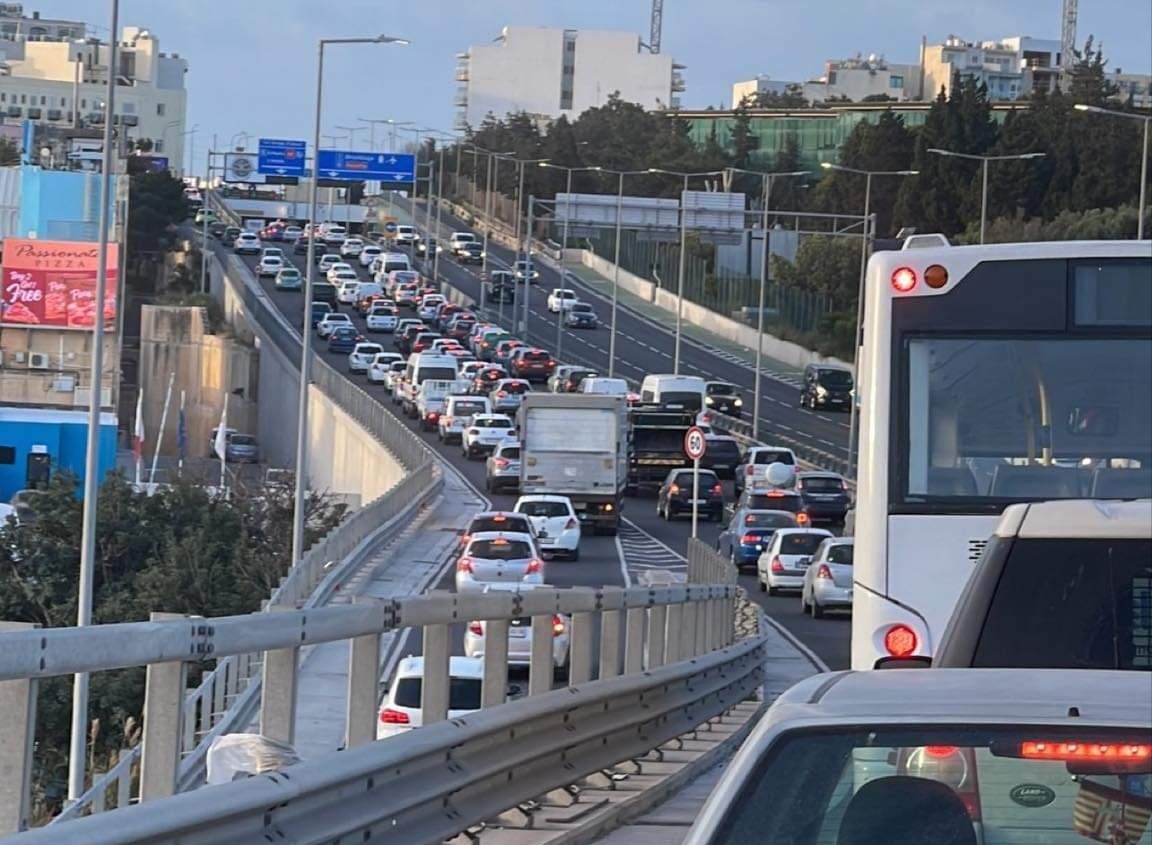 Drivers were faced with major traffic jams on Tuesday morning, while one man was hospitalised following a four-car accident at the Marsa-Hamrun bypass during rush-hour traffic.

The Northern parts of Malta also experienced heavy traffic up till 10am on Tuesday morning, with one motorist reporting it took her one hour to get from Mellieha to Ta’Xbiex between 8.30 and 9.30am.

The Maltese Roads Traffic Updates Facebook page at 10am also reported standstill traffic along Valletta road, near the Qormi cemetery.

While Malta’s workers, deliverymen and taxi drivers are used to factoring in major traffic jams during the morning rush hour, between seven and 9am, continued disruption into the late morning is sure to cause major headaches for the island.