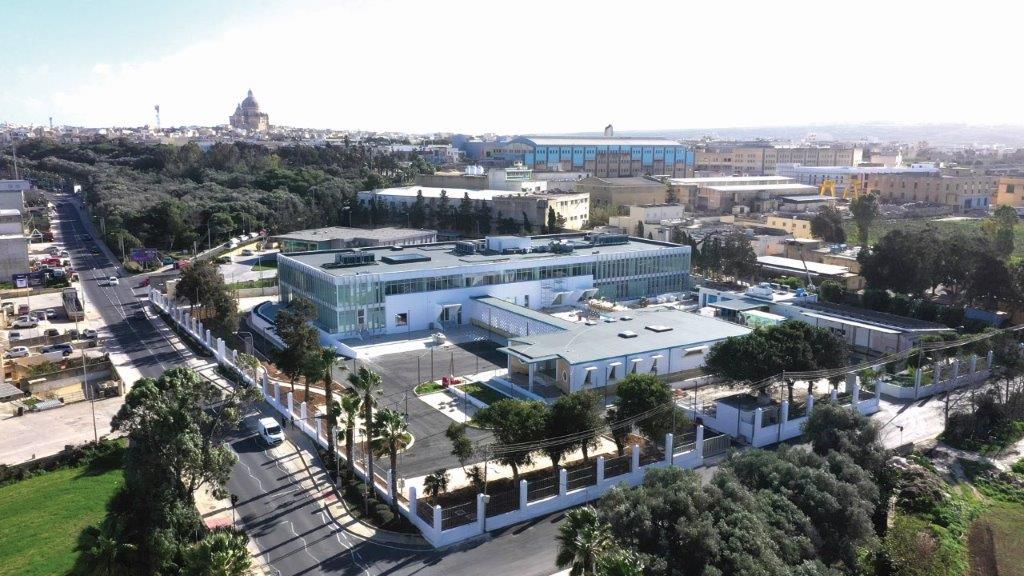 Having recently launched an infrastructural investment programme amounting to €470 million, INDIS Malta – which administers Government-owned industrial estates and related facilities around the country while supporting and promoting their further development – is looking to simultaneously address the current shortages while preparing for the needs of years to come.

The infrastructural investment programme, the biggest one of its kind to take place in Malta and one of the initiatives mentioned in Budget 2021, is aimed at stimulating economic growth, particularly within the context of the COVID-19 pandemic and the wide-ranging challenges it brought upon Malta’s economy.

Among the major projects forming part of the investment programme are the expansion of the Malta Life Sciences Park to create additional space for the life sciences and other knowledge-intensive industries; the regeneration of the former Luqa dump, on the outskirts of the Marsa industrial estate; the upgrading of the Kordin Business Incubation Centre to facilitate the start-up phase for new businesses; as well as various projects that will provide industrial space in multi-storey facilities.

The process of choosing the projects earmarked for upgrades was based on studies that investigated the type of industry currently based in Malta, the new ones being attracted to our shores, the demand anticipated in the coming years, and the type of properties required, thereby addressing Malta’s long-term needs, as well as those of prospective investors, which all have one common underlying principle: sustainability.

To this end, several green initiatives will be incorporated into the projects, making them more welcoming to the staff that spend long hours working there, as well as to the clients that visit them, recognising the importance that the environment plays in our lives.

In recent years, INDIS Malta’s role has evolved from the mere administration of Government-owned industrial estates to spearheading new developments in several new industries beyond manufacturing alone. A reflection of this change cannot be more clearly laid out than in its recent rebranding, from Malta Industrial Parks to INDIS Malta.

In order to better position itself to address clients’ needs, INDIS Malta has undergone an extensive reorganisation process that allowed it to continue to embrace change, becoming a well-organised, performance-oriented, and proactive entity working within pre-planned and defined strategies to cater for the needs of its clients and, ultimately, the country and its people.

While historically, the portfolio of properties administered by INIDIS Malta comprised mainly factories used by the various niches within the traditional manufacturing industry, as well as two villages dedicated to local artisans, nowadays, the company also caters for other facilities, such as laboratories for the life sciences industry, hangars for the aviation clusters, as well as office space for the ICT and other knowledge-intensive industries.

This shift was mainly driven by the requirements of new foreign investment being attracted to Malta and to accommodate further growth for those that are already operating in the country, thereby generating more wealth and employment opportunities.

Within this context, one major stumbling block that has slowed down further growth in recent years was the lack of readily available properties that investors could start operating from within a short period of time.

While INDIS Malta manages over three million square metres of industrial space, around 90 per cent of this is already contracted to ongoing operations that employ thousands of people. The current vacant space mainly consists of land, and only a small fraction is built-up factories, most of which are already in the process of being allocated, leaving INDIS Malta with minimal space that is readily available to contract for industrial use.

Having a substantial stock of plug-and-play industrial facilities is what could prove to be the marginal impetus needed to attract investment to Malta over competing jurisdictions. To this end, INDIS Malta has been working hard to address the issue in a sustainable manner, in a way that strikes a balance between optimising the space available while respecting the environment and the communities that live and work within.

Investments in green initiatives are not only being made in new projects, but also to improve and enhance the living and working environment in existing facilities and common areas within the industrial estates, including the installation of green walls or green infrastructure, as well as general embellishment and green areas.

These will be further complemented by other services that will be introduced within certain industrial estates to further ameliorate their users’ experience, including through the development of administration buildings, childcare centres, health and fitness facilities, and parking areas, among others.

While a lot of energy shall be dedicated towards the successful delivery of the infrastructural investment programme, INDIS Malta is also working on other initiatives that will likewise have a considerable, positive impact on the country, such as the delivery of the Airport Zone Strategy Plan, which looks into the underutilised sites within the airport perimeter and how these can be put to better use to facilitate further growth of the aviation servicing cluster, as well as logistics and tourism in general, among others.

The principles of the circular economy and how these can be put in practice have inspired another initiative, whereby the construction and demolition (C&D) waste that will be dug up during the regeneration of the Luqa dump will be cleaned and then transformed into aggregate.

This can then be re-used by the construction industry, or else transformed into other products such as reconstituted stone, which has been developed thanks to research at the University of Malta and which INDIS Malta is also supporting. This will also help in reducing the stress on landfills as well as the demand for the limited natural resources the country has.

Read next: US shares rise as Congress confirms Biden, shrugging off chaos on Capitol Hill